Today’s challenge is to tell you places I’ve traveled. As a child we never traveled anywhere. My parents never took a vacation. Well, they took vacation time, but we never went anywhere. Dennis‘s family always traveled every year. They camped all over the western part of the US. So when we got married we started doing the same thing. We started out in tents. After several rain out trips where our sleeping bags were literally floating around, we moved up to a tiny tent camper. As our family grew we bought a larger tent camper. Then, we bought our first big trailer 10 years ago when we started camping at the lake.  Every year we went to the Black Hills and Mount Rushmore. It is still one of my favorite places in the world. We also went to Yellowstone a lot and to Utah, Colorado, Wyoming and other places in the west. Since we’ve lived in Spokane our favorite vacation spot became the Oregon coast. Most years we would go there camping with the kids.  Dennis and I have also enjoyed going to Glacier National Park several times.
This is the view from our room on one of our Oregon trips to the coast a few years ago. We always stayed at  D’Sands in Lincoln City after we sold our tent camper. 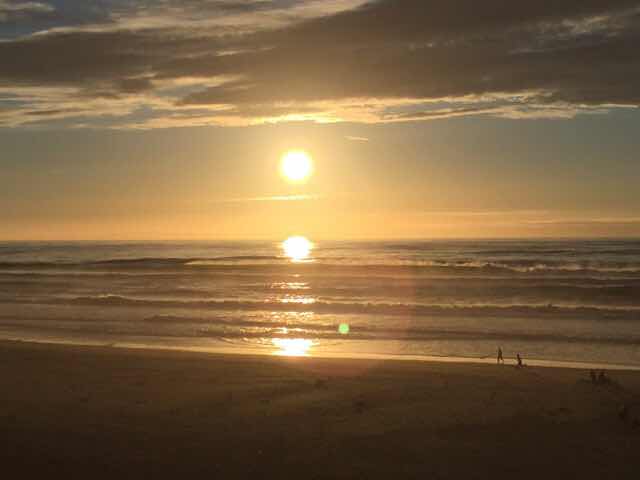 We love Hawaii and I’ve been to Oahu, the big Island of Hawaii and Maui. We’ve actually been blessed to go to Maui four times. I wish I were rich enough to live there!  The best part is there’s not much snow in Hawaii!  This was the view from our room. 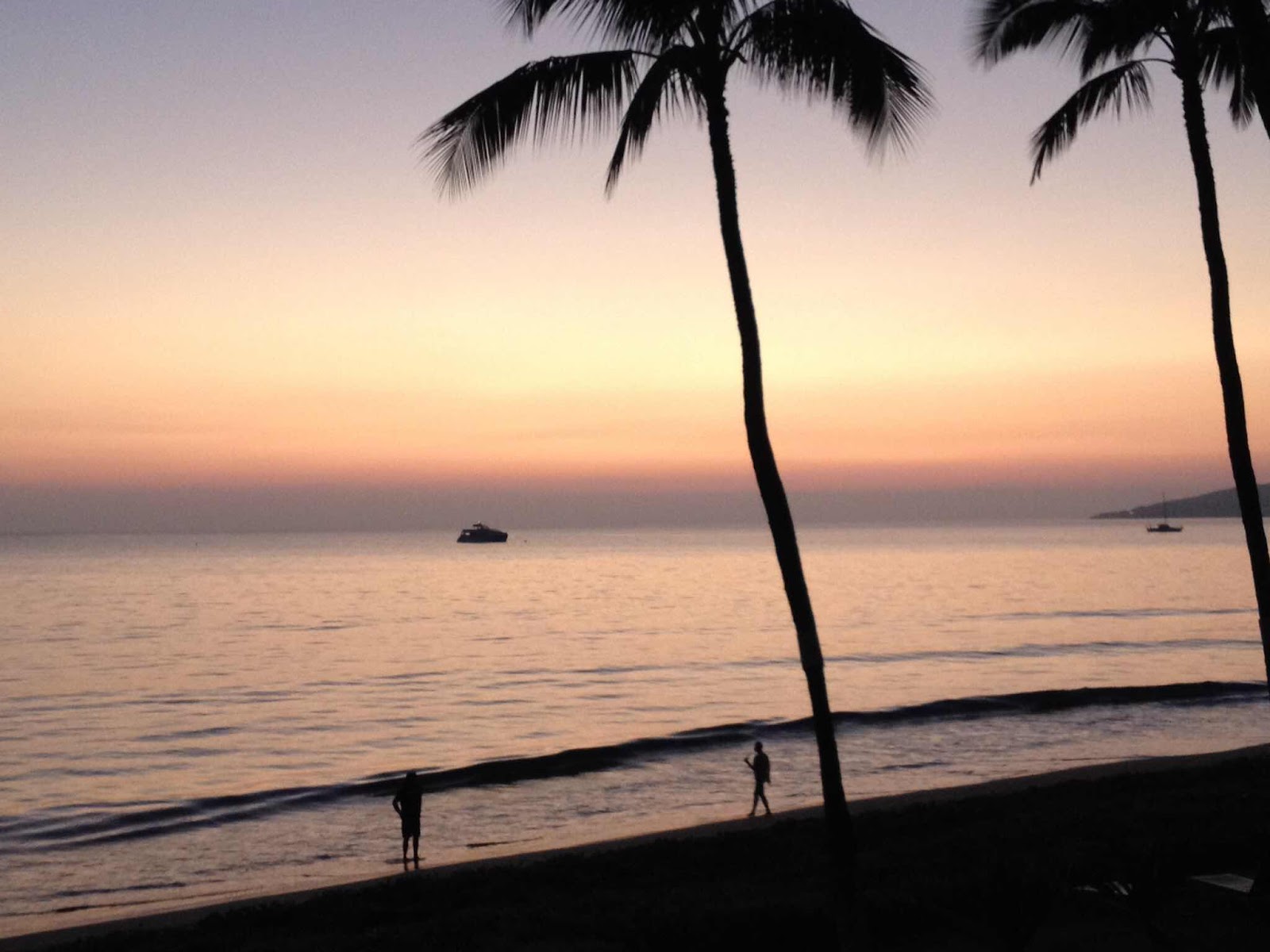 This picture was taken underneath the historic banyan tree in Lahaina, Maui.  We have several favorite places that we like to go each time we visit and this is one of them. 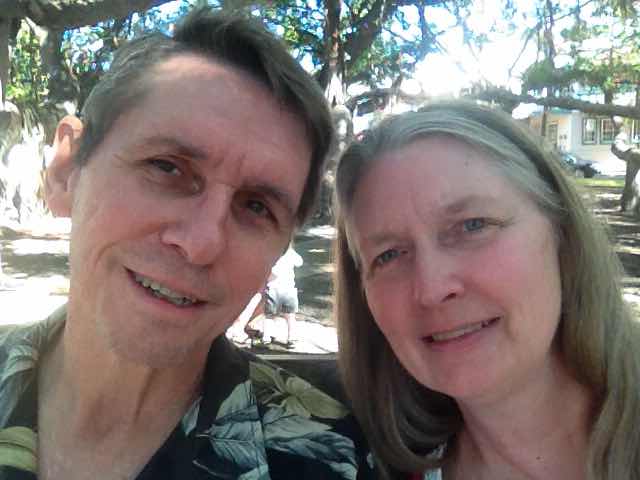 The photo below was one of my trips to Washington DC when Mandy lived close by in Maryland.  As you can see, they were working on the capital building. Scaffolding everywhere! 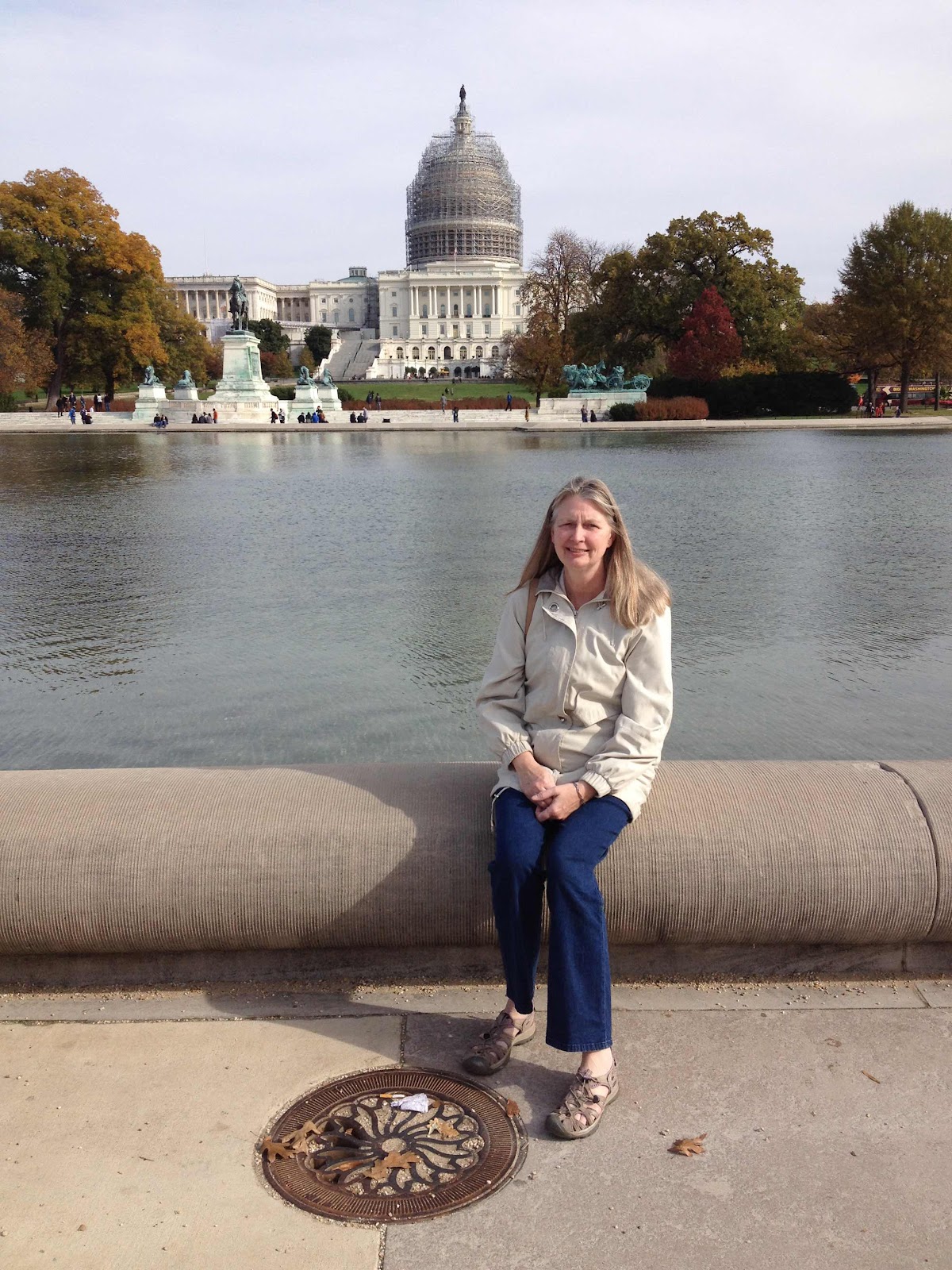 I have been lucky enough to travel to a few places in the world. Dennis used to travel extensively for work and his territory was the Middle East, Japan, Africa and Europe. One time after he had been in Croatia for three weeks, I flew to London and met him there. We spent a week in London and a week in Paris. It was a wonderful trip. It was my first time being out of the United States except Canada.  Of course, since we only live about 100 miles from the Canadian border, we used to go up there quite often. Covid has also stopped that.
We saw so many beautiful things on that trip and visited lots of museums and Notre Dame, as well as the Louvre where we saw the Mona Lisa. It was so much smaller than I thought it was. We visited St. Paul Cathedral as well as the Tower of London and saw the Crown Jewels. In France we took a day trip to Versailles and toured the castle. It was almost too much to take in and was a wonderful two weeks.
Well, that trip really gave me a taste for travel and meeting new people. When Mandy graduated from nursing school, she and I went back to England for nine days. She has always loved everything about the UK. One of her dreams was to go to Bath and see Jane Austen‘s home. So we did that. We also went to Windsor Castle and Stonehenge. We had an absolutely wonderful week seeing all the sights in London. I’ve only been there twice, but I really do love London and I can’t wait to go visit Alex and Tara there.
Unfortunately I don’t have any photos of these trips or of my Japan trips here in the RV or on my phone.
I have been to Japan three times now and have fallen in love with it a little more each trip. We’ve been to Hiroshima and all the way to the northern tip of the main island too. We spent time in Kyoto and Sendai and lots of time in Tokyo.
I did find this one photo of Alex and I when I first arrived in Tokyo the year I took all the knitted items over there. It’s a very poor quality photograph as you can tell by the graininess. By the time we took this photo, I had been awake for 26 hours. This was taken on the train from the airport into Tokyo. It’s about a one hour train ride.   Once we got into Tokyo we went out to dinner with several people. I think by the time we went to bed that night I had been awake 33 hours! I honestly don’t know how I did it, but I remember being in a fog for the last part of the dinner. 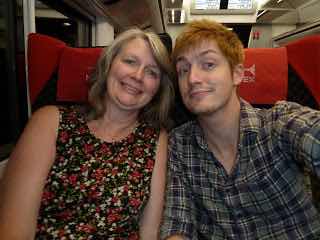 A few years ago Nita and I went on a cruise together. The ports were Roatan, Cozumel and Belize. Those were certainly eye-opening ports.  In Belize we went on a short excursion where we rode a bus way out into the country and then took an airboat tour. We drove through several little villages on the way there and saw some extreme poverty. I will never forget the sight of pick up trucks with men armed with machine guns riding in the back. We were told before we left the port that if we were stopped and people with guns boarded the bus we were to keep our eyes down to the floor and pretend we didn’t understand a word that was said and they would “probably” leave us alone! Scary!
I couldn’t even begin to tell you all the places Dennis has been between his time in the Air Force and his work travels. I do love to travel and if I’ve learned one thing it’s that we are all the same, all over the world. As Dennis always says, people are people are people are people. We may look a little different. We may sound a little different. But we all have the same feelings and for the most part we all want the same thing. Most of us want our children and grand children’s lives to be just a bit better than ours was.  If we could just realize that, I think we would all get along much better and there wouldn’t be so much strife and anger in the world.  He has made friends in every place he went.
Today I started knitting another pair of socks as a Christmas gift. 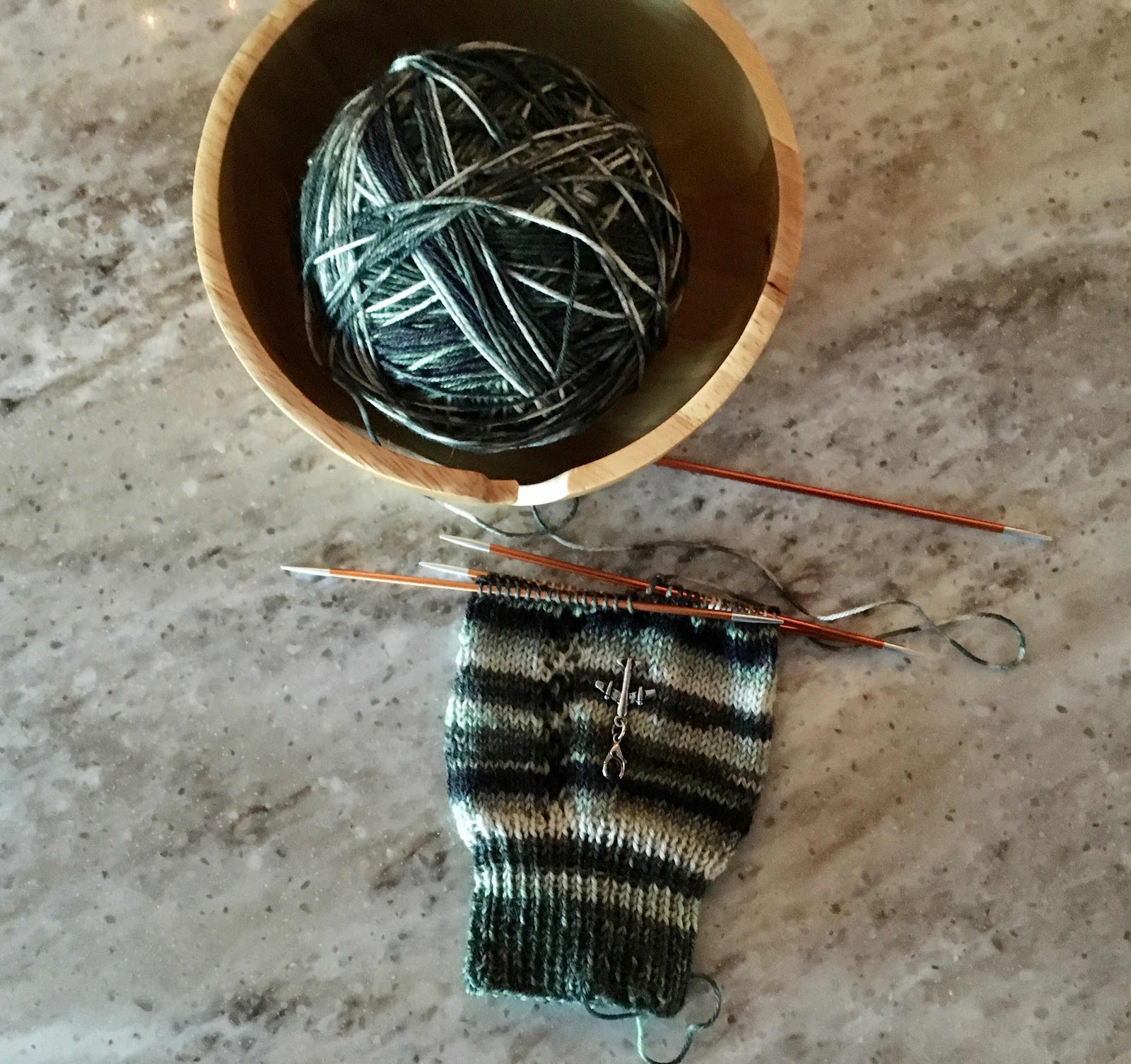 That’s it. I think I’ve bored you are enough again. I hope you’re all having a wonderful weekend. Stay safe. 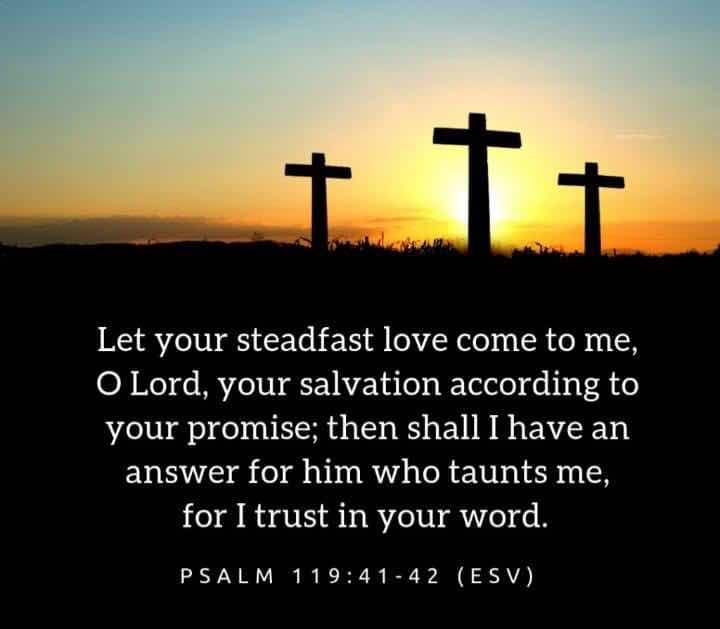