I had planned to have a day in today but then I heard the forecast tomorrow is for snow. So I changed those plans and went to the grocery store this morning instead of tomorrow as planned. Even though I didn’t get there until after 10:30, it was still very quiet. Usually I try to go around 7:00 in the morning and I can just zip around the aisles and get what I need and be gone. I think grocery shopping is my least favorite chore of all time, so I like to get it done quickly.
After returning home, I cleaned everything off of the kitchen counters and scrubbed them. I had done some small appliance removal before I left the house. I decided the blender and food processor are not used often enough to have a prime place on the kitchen countertop. When we moved into this house, we had much more counter space than in our last house. I wanted to have clean counters without a lot of clutter. Ha! They are always jampacked with stuff and I have decided that I have had enough. They look much better, but could still use more decluttering. 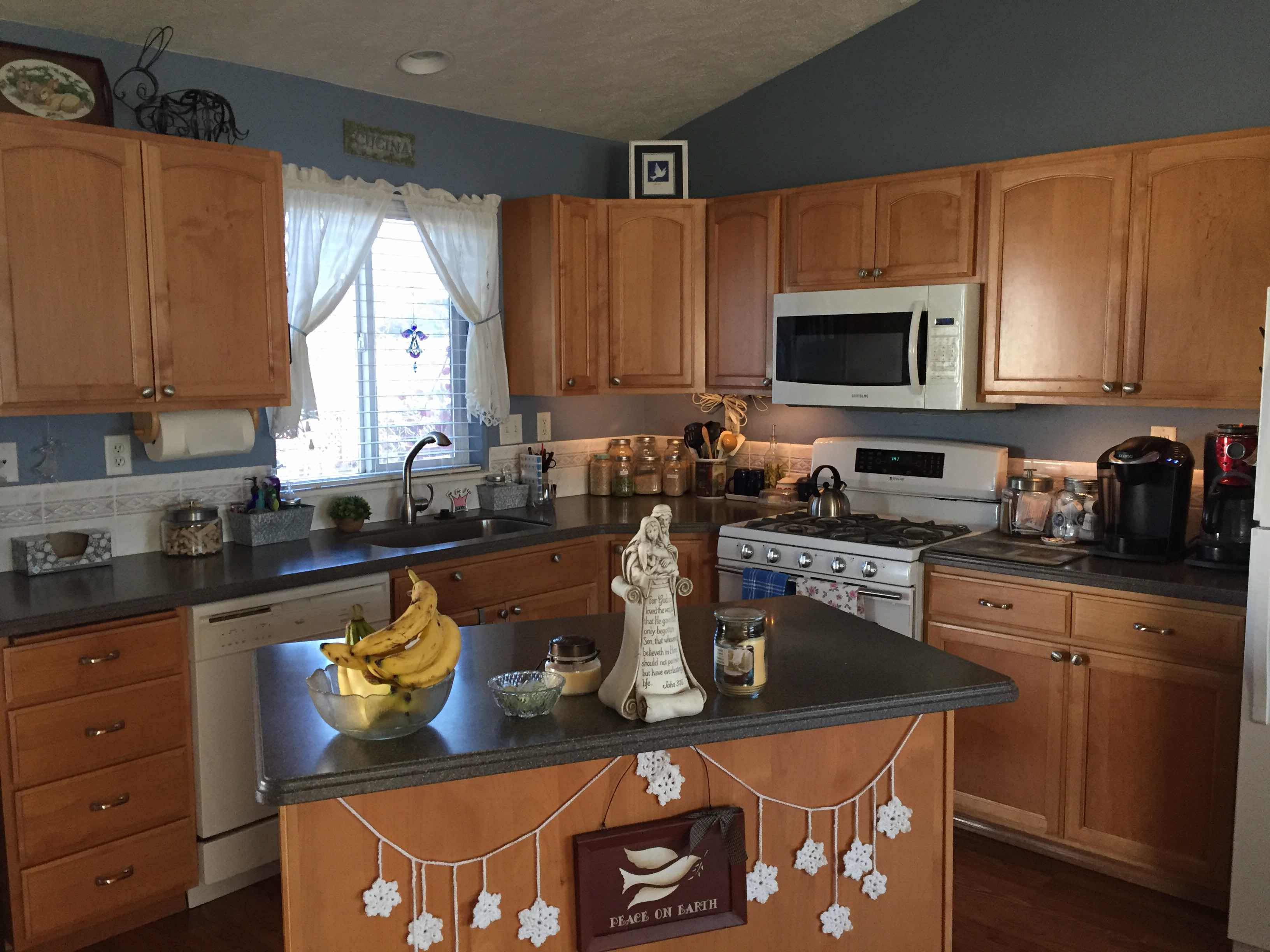 Today I’m sharing our nativity with you. Many of you have already seen it in past years. I made this 40 years ago for the first Christmas we were married. All of these years and not one piece has ever been broken! Isn’t that amazing? I had an in-home daycare for years and years when we lived in Omaha and still, nothing was ever broken. This will definitely be passed down to Mandy someday. The little figures even have their eyes painted on!  I definitely have to say that of all the things I have ever made, this has the most sentimental value to me. 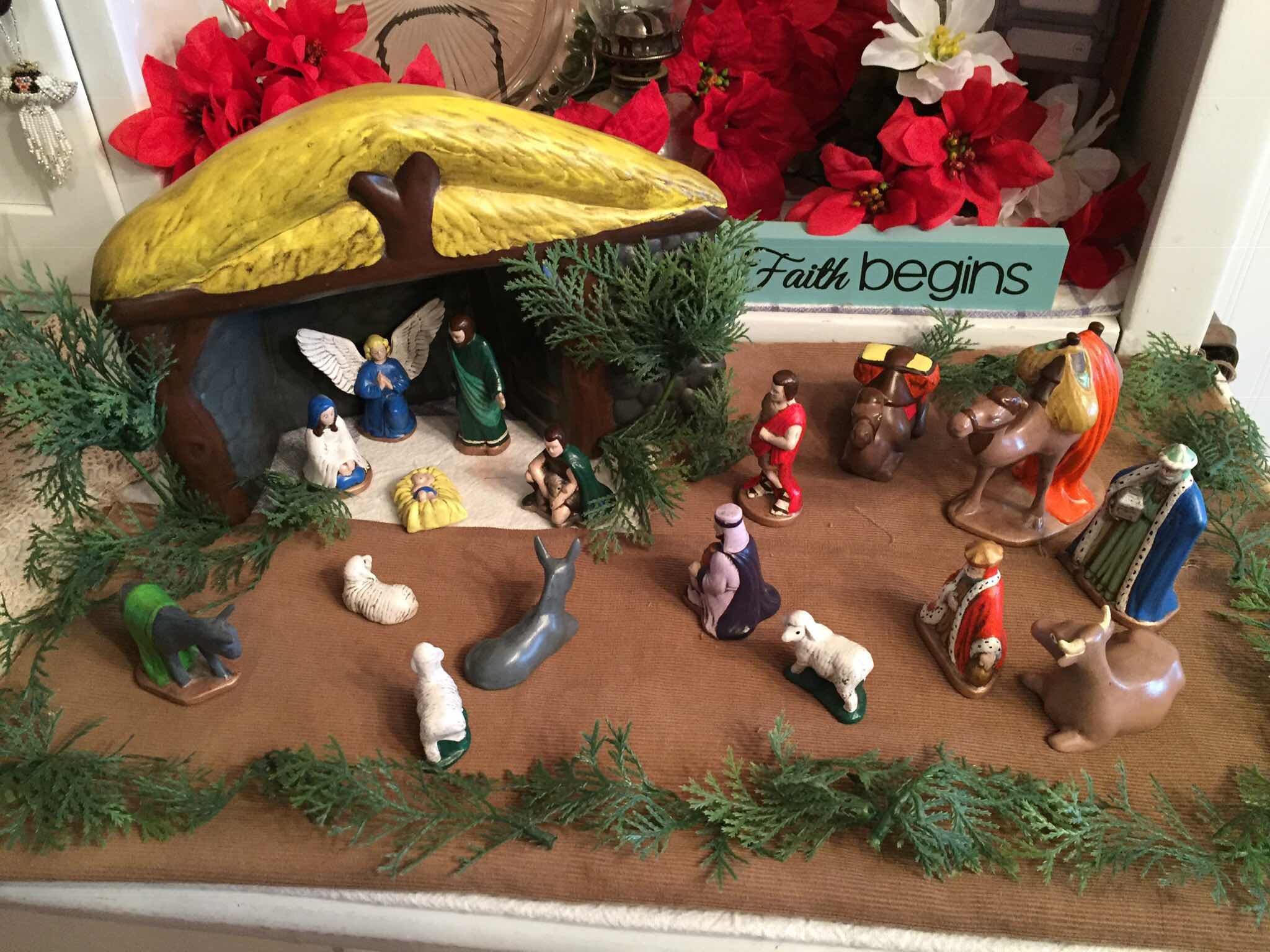 “But the angel said to her, “Do not be afraid, Mary; you have found favor with God. You will conceive and give birth to a son, and you are to call him Jesus. He will be great and will be called the Son of the Most High.”
Luke 1:30-32
Blessings,
Betsy
Posted by Betsy at 1:46:00 PM