We had our Thanksgiving dinner at church today. This was the fellowship hall before we all descended and messed it up! Seriously, it was amazing. So delicious. There was so much food left over that they were sending turkey, ham and rolls, etc., home in bags for people.  We used to take all of the leftovers to several homeless shelters around town.  We purposefully made extra just so we could do this. But because the food is made in our home kitchens and not in a commercial kitchen, the city won’t let us feed the homeless anymore.  Isn’t that ridiculous? It’s good enough for all of us to eat, but not for the homeless people. So much food gets thrown away now because of this.  I just don’t understand the bureaucracy sometimes.  Sorry, I didn’t mean to have a political rant there.  I just hate to see the waste of good food, actually wonderful food, when so many people are hungry. 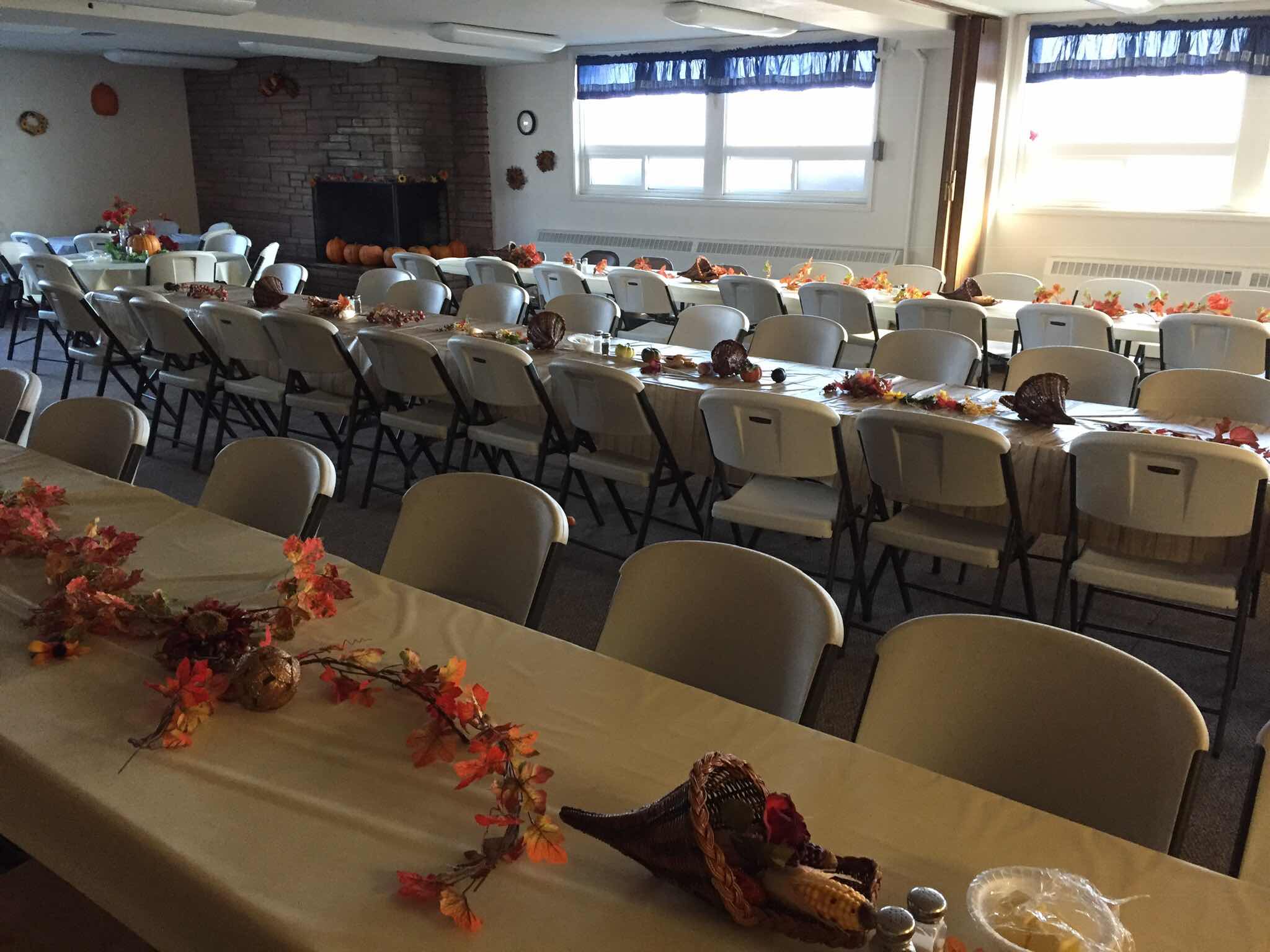 I think it’s the first year I haven’t worked in the kitchen, but my back is not happy these days and there’s no way I could stand up long enough to do dishes.
Last night was the 50th birthday party for our minister, Troy. It was a surprise party and was held at the local skating rink. Well over 150 people were there, which was a great turn out.  And no, Dennis and I didn’t skate but we enjoyed watching everyone else.  We even had one person being pushed around the floor in a wheelchair.  Good times with great friends. 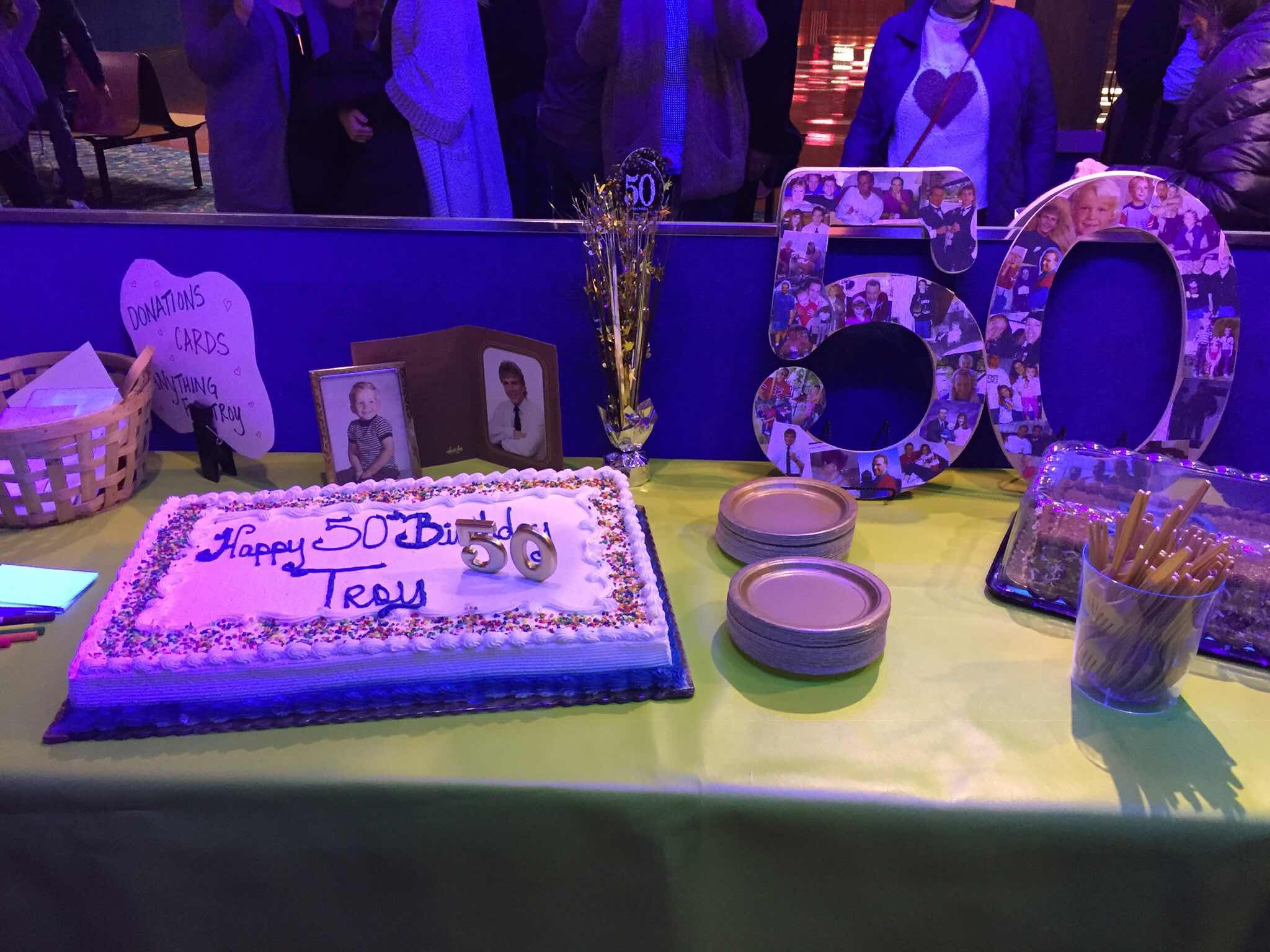 I took some pictures for Mandy...so in this one he was waving at her and saying “Hello Mandy!”  Mandy is great friends with him and his wife. She, Troy and Kelly used to hang out all the time together when they were younger.   He is such a great guy and since we’ve known him for so long, it’s been wonderful to see him mature in his faith. He was the youth minister for years when Jamie and Alex were younger. Now he has three kids of his own and the oldest is in college. Where do the years go? 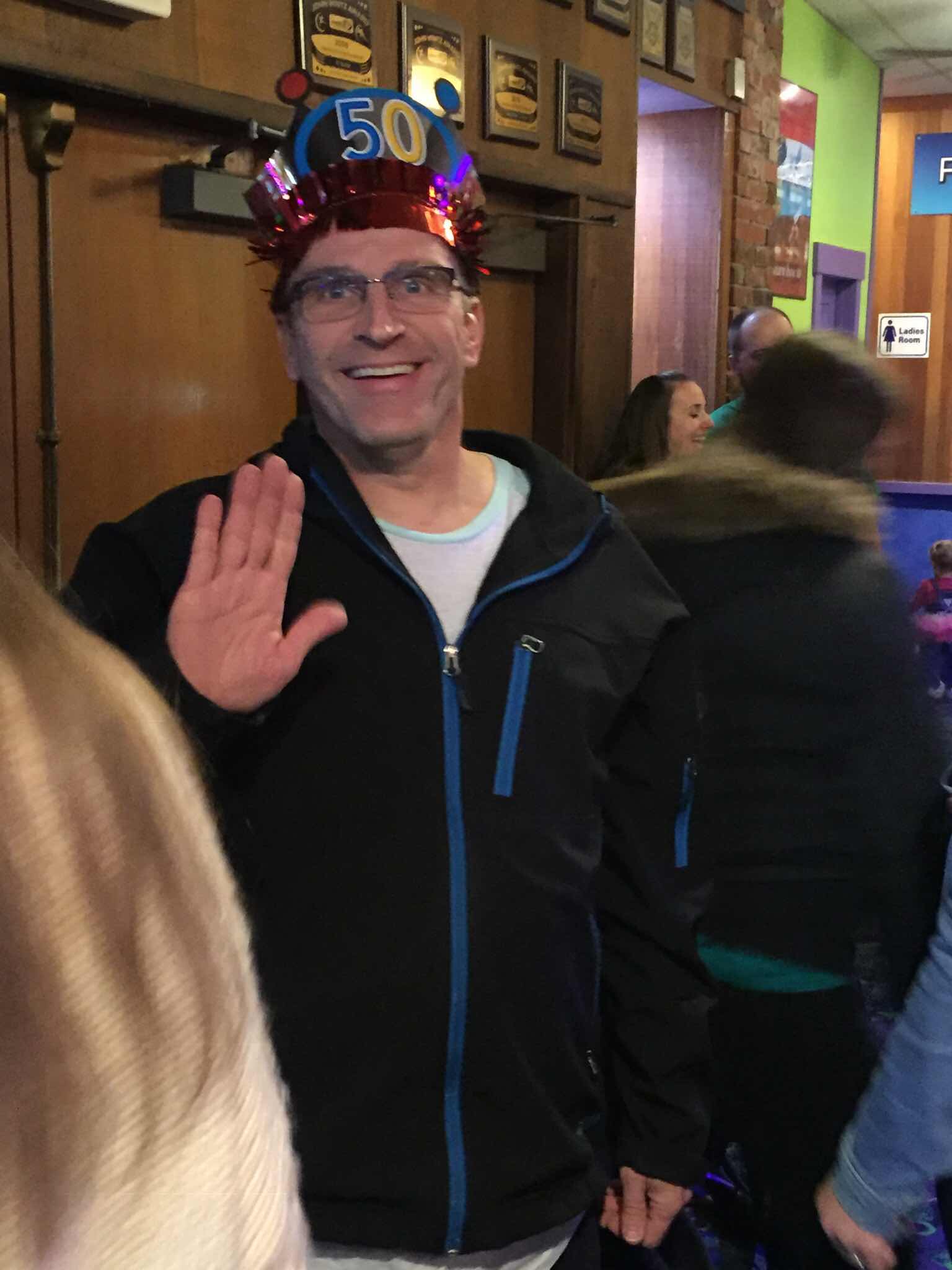 I had a few emails and comments about the dryer balls. I have used tennis balls in the past, but the wool dryer balls are less much less noisy and seem to make a lot less static electricity in the clothes. I use all seven in each load, but all of the videos say that three or four ball’s work fine. I just leave these in the dryer at all times for convenience. I think the more the better!
I also had a few people ask about the pattern for the hats I’ve been making. Teresa had originally brought me a machine made hat that she had.  She wondered if I could duplicate it. It’s not an exact duplicate, but she said she likes this one even better than the machine made one.  So the pattern is basically my own and I’m more than happy to share it here.  I think I have only used bulky yarn once because everyone I make them for prefers the lion brand homespun yarn better.   If you have any questions feel free to ask. I’m not a pattern writer so I hope you can figure it out. 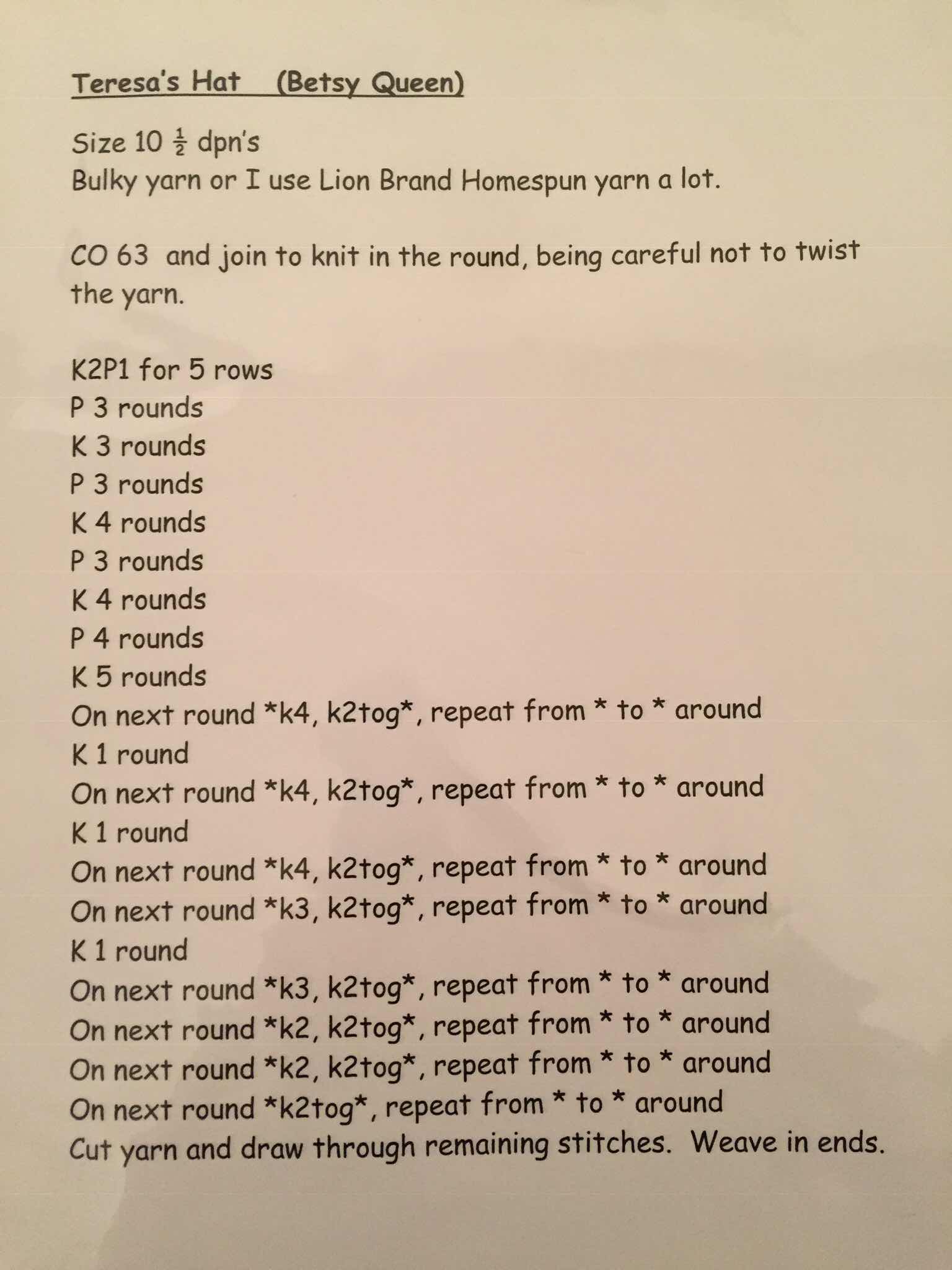 We have another beautiful sunshiny day here today. Dennis is out moving wood around the wood pile and I’m resting my back as usual. I hope you’ve all had a wonderful weekend.
“But you, Lord, are a shield around me, my glory, the One who lives my head high.” Psalm 3:3
Blessings,
Betsy