Good Morning!
It rained most of the day yesterday, but about bedtime it changed to snow which was NOT predicted for us.  Snowqualamie Pass heading toward Seattle was closed in both directions because of cars off the road.  It took everyone by surprise and was especially inconvenient because it was the big football rivalry game for Washington yesterday, so lots of people were driving over the roads...in both directions.  The bus carrying the University of Washington’s band members actually turned over on the way to the game.  The news said that no one was seriously hurt, but many were taken to the hospital.  Washington State University’s band learned the other team’s song over a couple of hours in the morning and played on behalf of the other team.  Although we aren’t football fans, even we know that this is THE game of the year for these two teams and the rivalry is high.  It was good to see the cooperation and compassion this year as all were trying to help each other.  Unfortunately, our eastern side team lost but there’s always next year. :-)
We’re having a quiet day here at home.  I put away fall decorations yesterday and Dennis brought up just a few Christmas boxes today.  We’re not putting a tree up this year.  I just don’t have the heart for it without kids coming home and my back will thank me for it too.  I’m just putting up the Nativity and a few sentimental favorites.  Not the “NOEL” cups though, because they make me cry without Jamie changing them to say “LEON” every morning like he did as a child.  It always made me smile.  Here are the few boxes I will put out.  Actually the top box has my seashells, etc. that are usually out all year.  I had already emptied it of Christmas when I took the picture. 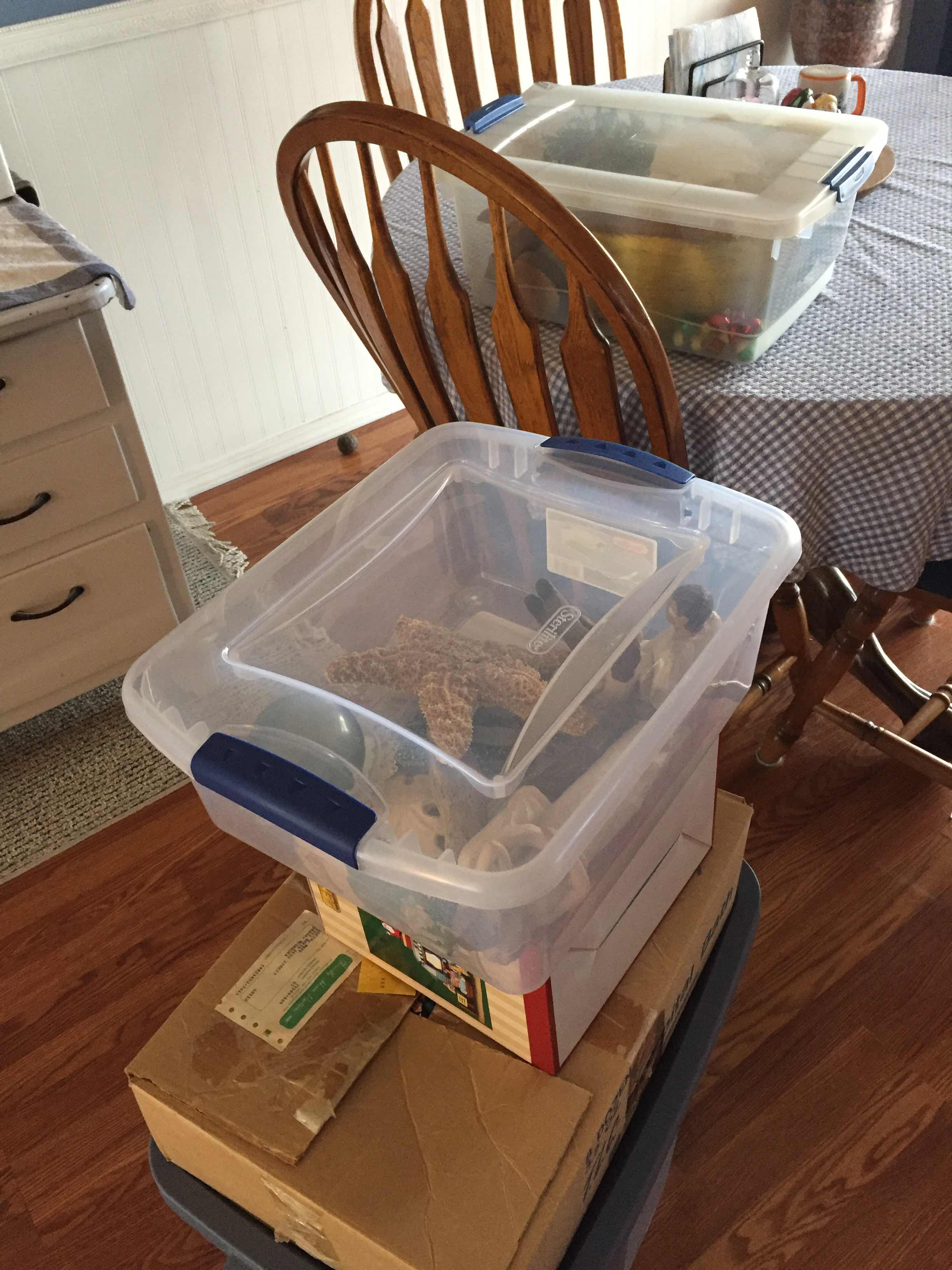 I finished the seventh block on the KAL yesterday.  I think its one of my top two favorites so far. 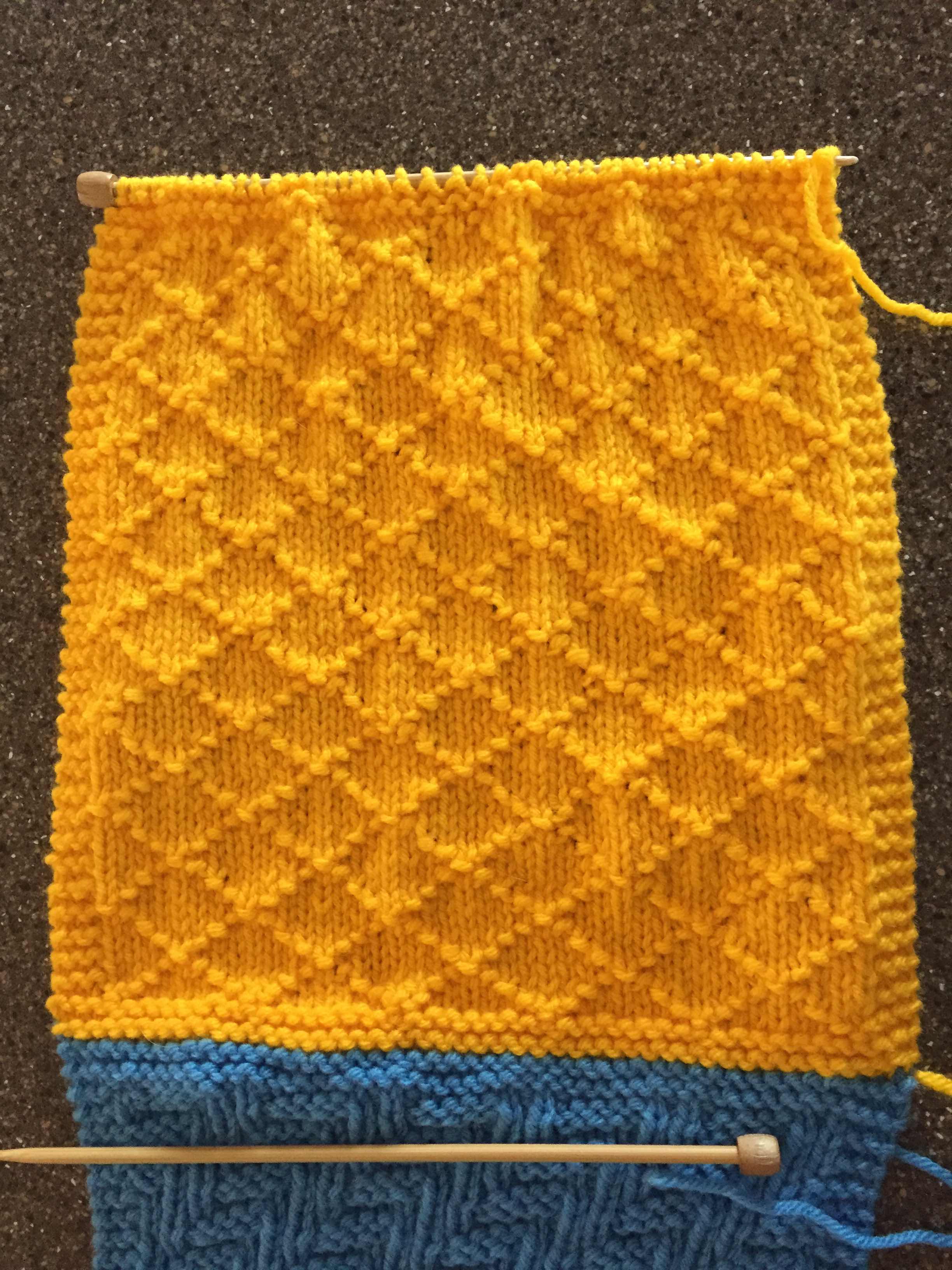 Now a quiet afternoon of knitting mittens for Piper is planned along with some Netflix.
Mandy and Piper are with Brad’s family doing their annual Christmas cookie baking today.  She sent me several photos, but this one was by far my favorite.  Piper is wearing a shirt Papa bought her, a sweater I knitted and an apron I gave her.  It makes me feel just a little like I’m there too having fun with everyone.  I so appreciate that right now because I am struggling a bit this year.  Look at our cutie, missing teeth and all! 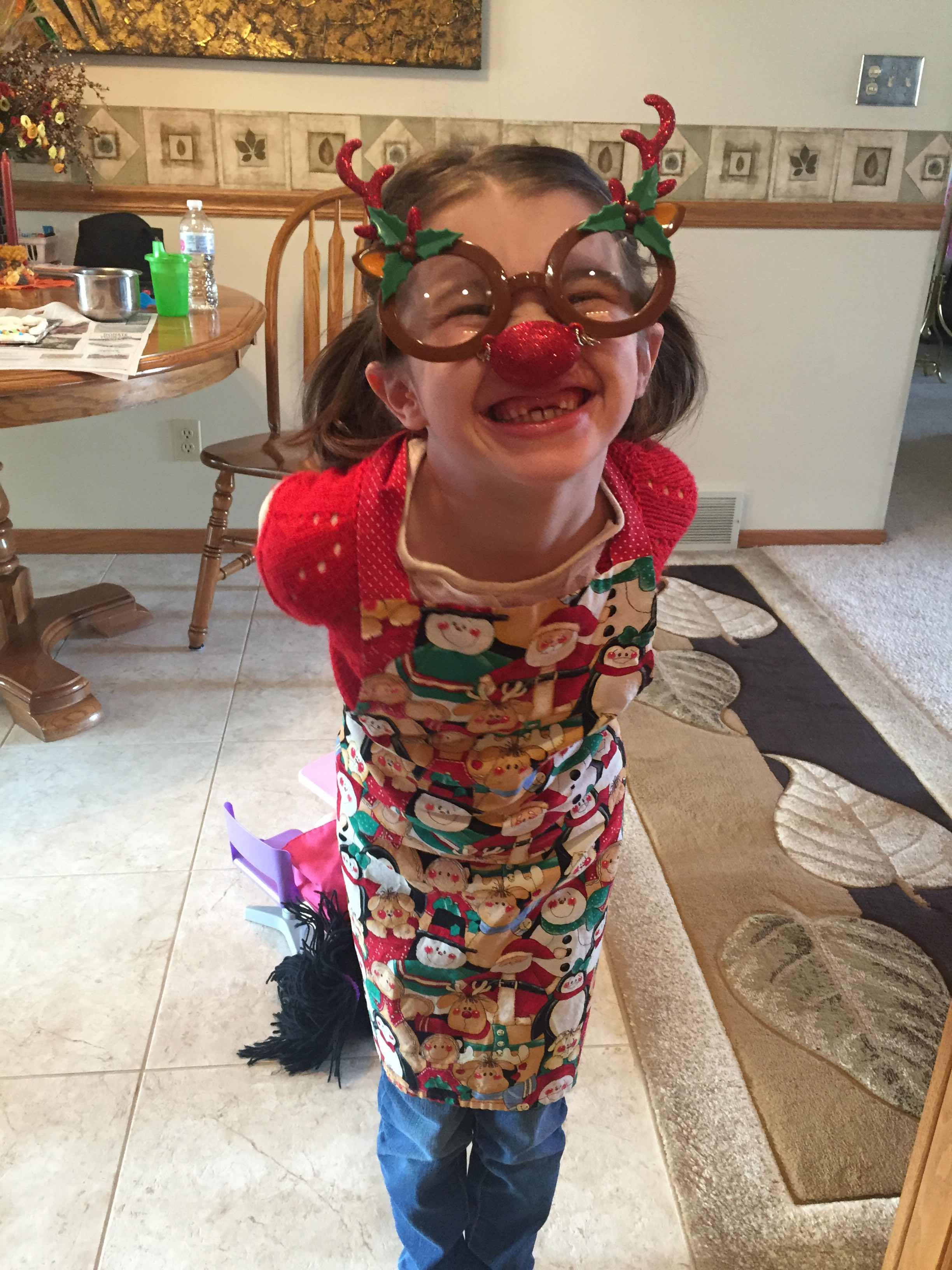 I hope you’re all having happy and relaxing Saturday everyone.
“When Jesus spoke again to the people, He said, “I am the light of the world. Whoever follows me will never walk in darkness, but will have the light of life.” John 8:12
Blessings,
Betsy
Posted by Betsy at 12:19:00 PM