Peace before the storm?

It’s been a few days since I posted so I thought I would just drop in and say hello. We have a snow storm on its way that is supposed to start within a half an hour or so. It is just after 9:30 on Tuesday evening and it is supposed to snow quite heavily for the next 36 hours. Right now the weather person is saying we should have 10 to 12 inches by the end of the day tomorrow, but snow is forecast for every day for the foreseeable future. The new year will definitely come in with a bang if the forecast is correct. ☃️😧
Today has been a peaceful day, although it was very icy out this morning.  It snowed a bit during the night and then we had a freezing fog and mist early this morning that iced everything over. I dropped some mail into the drop box at the post office and picked up a few groceries at Walmart pick-up, but I almost turned around and came home and canceled my order. I braved it out though and was able to accomplish everything, but not without a few slips and slides along the way. Now all I have to do is walk Chloe for the next few days. I have no reason to drive anywhere. Dennis does have to go to work every day except Friday though. He’s a good driver in this kind of weather, but not everyone else is and I worry about the other people driving. I would appreciate prayers for him as he’s out and about.
I have spent some time knitting on Dennis’s sweater the past two days. I am in the process of binding off the body and will start on the sleeves tomorrow. This is the Adirondack Pullover by Elizabeth Morrison and it is a paid for pattern on ravelry. I’m using Knit Picks Wool of the Andes yarn in worsted weight in the Cobblestone Heather colorway. 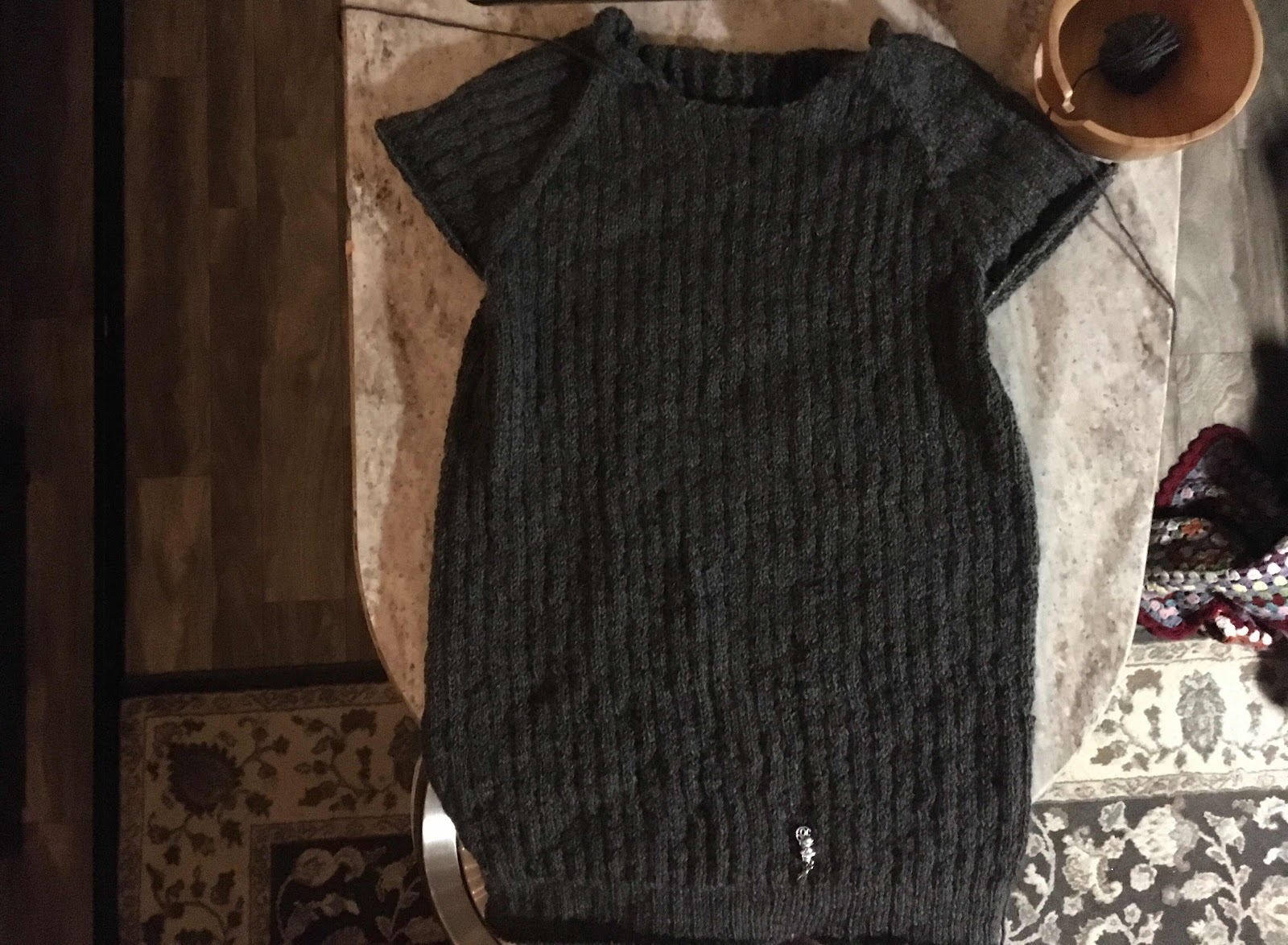 I received a wonderful surprise package in the mail today. Look at the goodies that were inside. 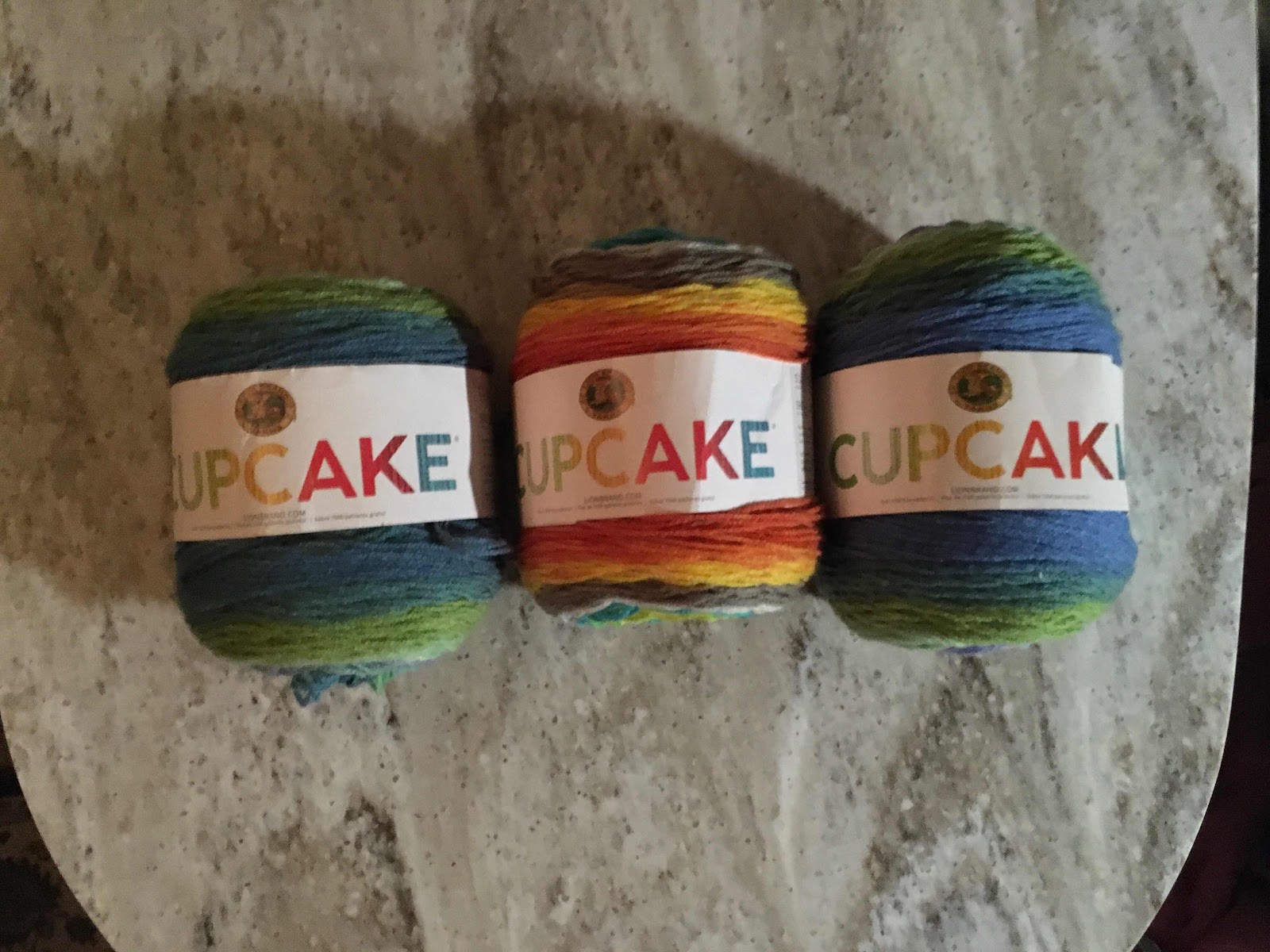 Three beautiful balls of Lion Brand Cupcake yarn. Two skeins were in the Forest Path colorway and one skein was in the Happy Dance colorway.  The sweet person who sent them to me wishes to remain anonymous but you know who you are and I appreciate it so much. I will definitely be able to make some things for charity with this yarn. Thank you! 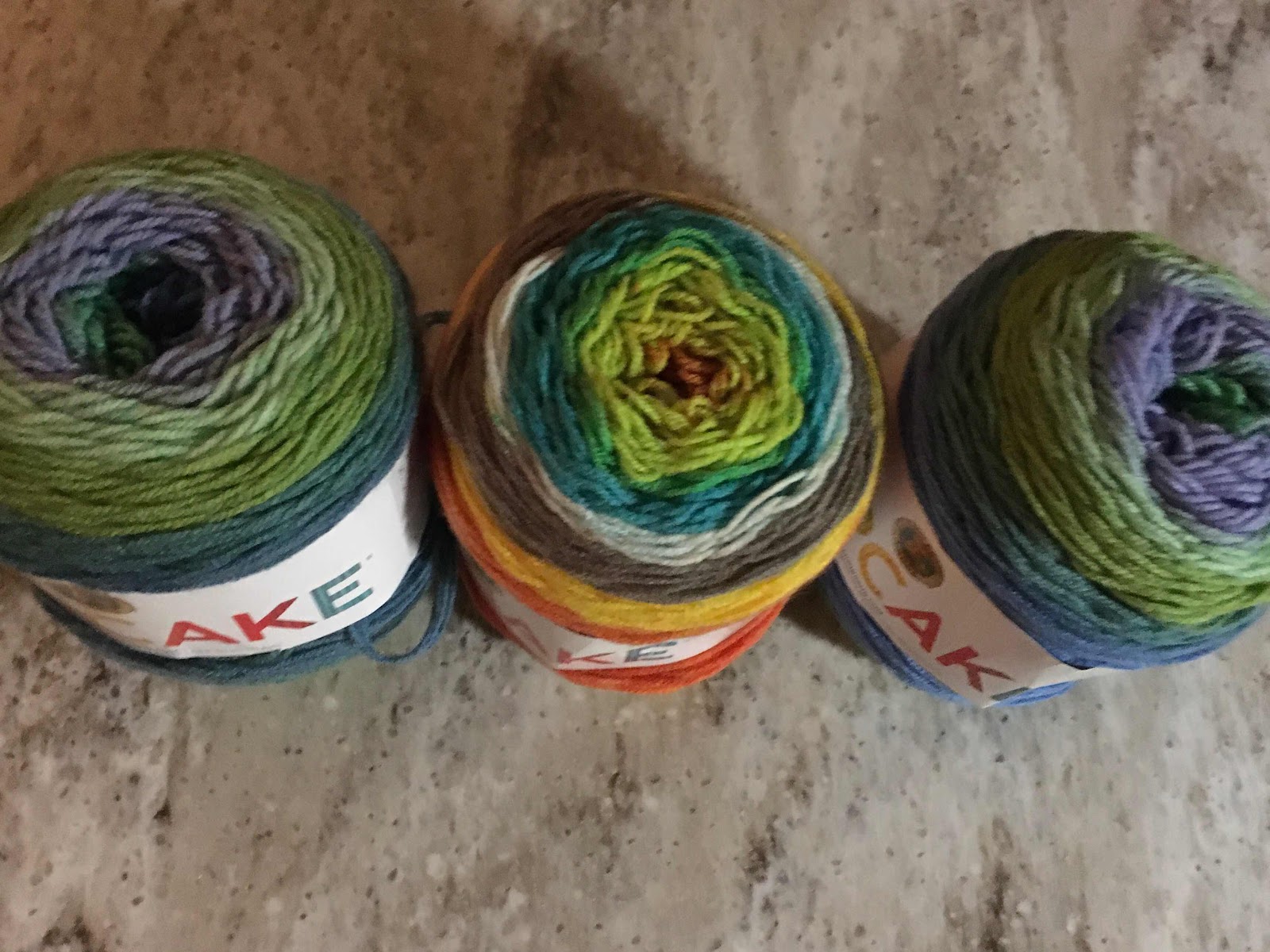 Obviously some snow fell in Nebraska this week as you can see by the photo below. Mandy and Brad‘s neighbor built a snow cave for these four little girls today. I have marked out the faces of the other three girls as I don’t have their parents permission to put them on the Internet, but you can see Little Miss Piper. There is also a very cute video of her going sledding down a huge hill at the school, but I cannot figure out how to get it into Blogger. It was obvious that she had a good time though. I wish I still had this kind of love for snow! 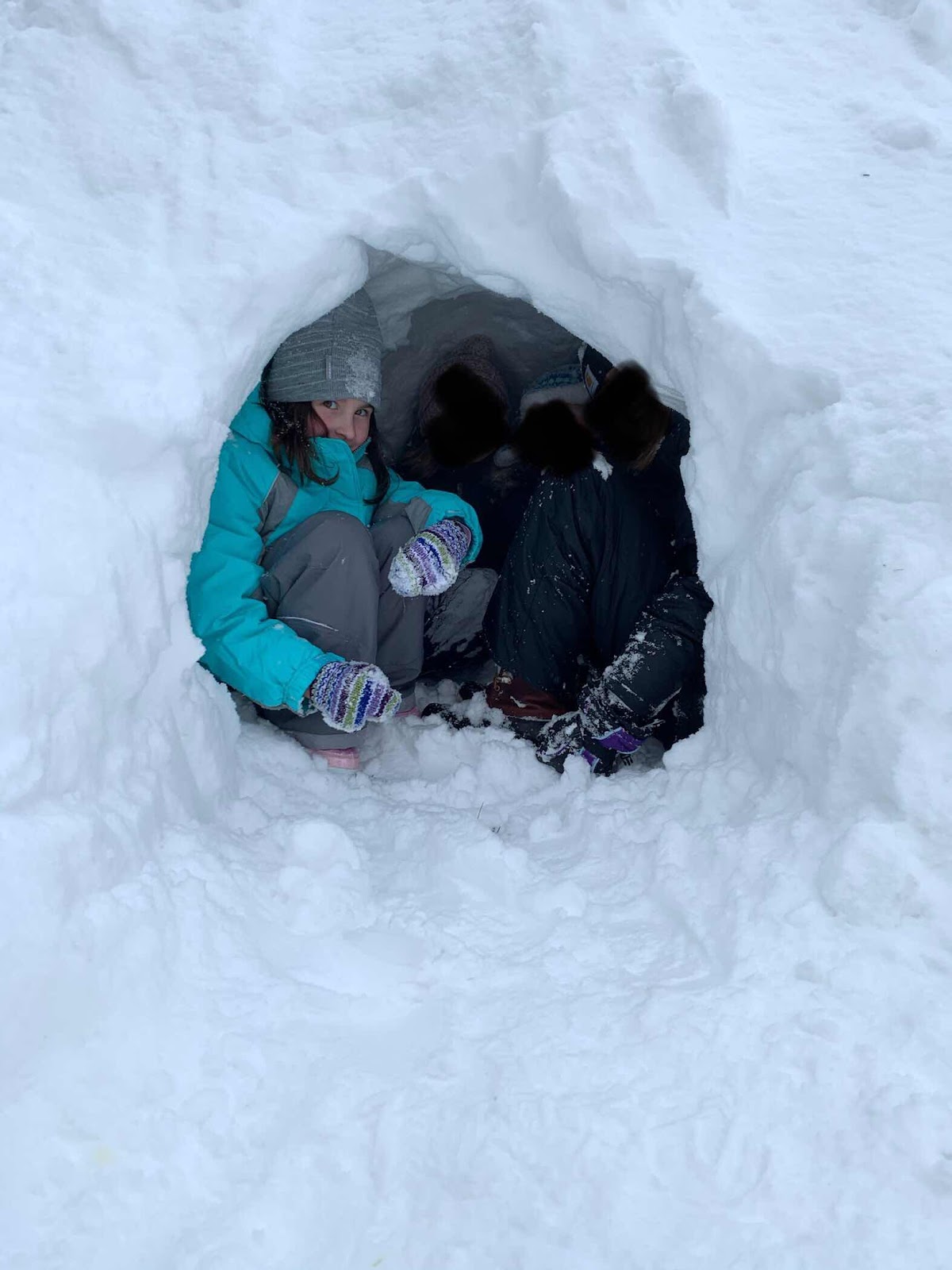 I have been enjoying that quiet, in between week that happens every year between Christmas and New Year’s. I always enjoy this week as it seems to be a time to catch your breath and prepare for the new year. I did take the Christmas decorations down yesterday and put them away in our storage unit. After putting them up the first week of November, I was ready to get back to normal.
Be safe out there, all of my friends who live in the paths of these winter storms that seem to be rolling across the US one after another right now. And for the rest of you in the other parts of the world that I don’t have access to the weather, I wish you a very safe and wonderful week too.
Do you all have BIG plans for New Year’s Eve? We do! I’m going to make a cheese ball and we’re going to watch the new year come in at 9:00 pm our time, because that will be midnight in New York! Then Dennis can go to bed without guilt! 😍. We have never been party goers, so this year won’t be any different than any other year in that respect. 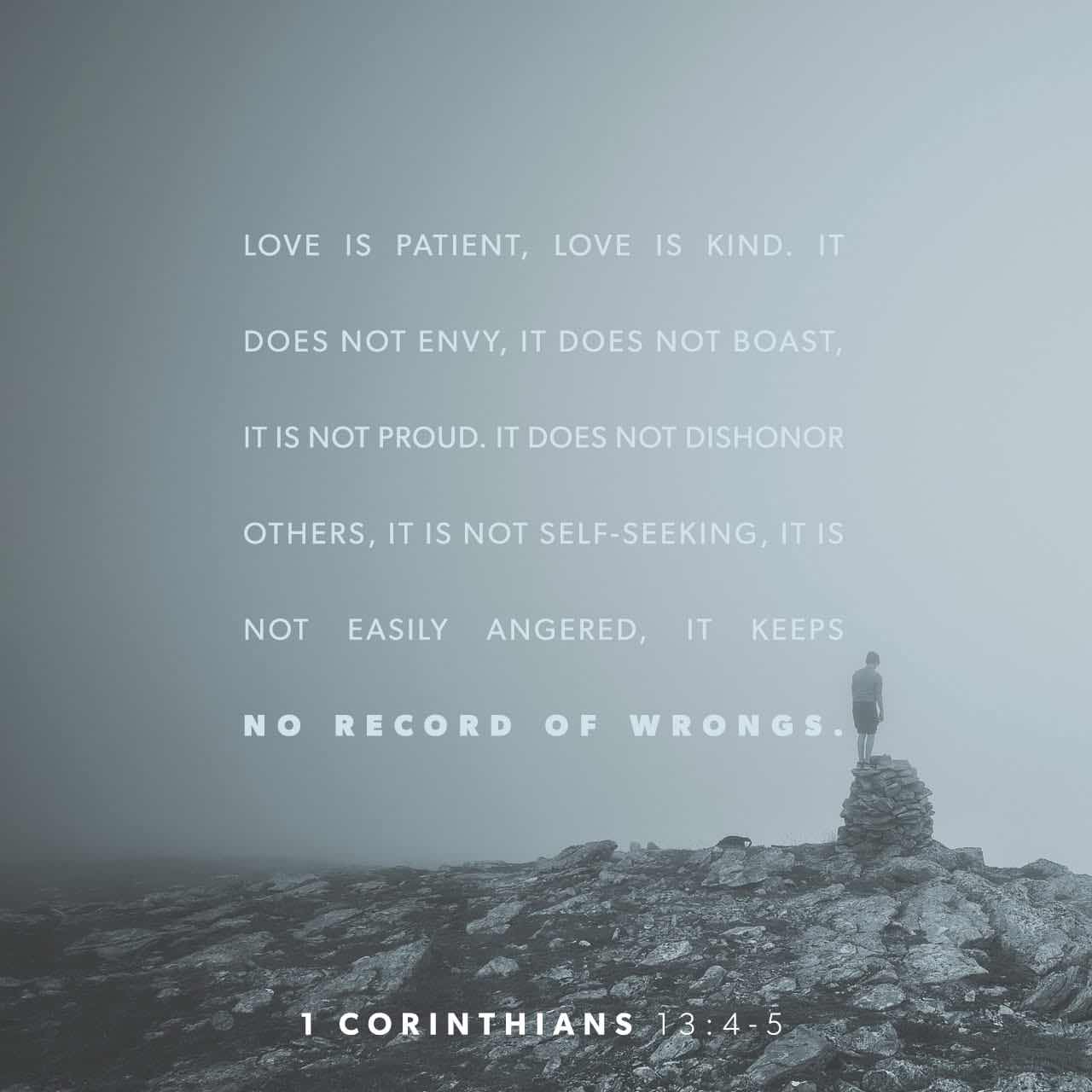