We had such a beautiful day on Sunday. It got up to 64° and after church and a quick lunch at home, Dennis and I spent several hours puttering around at the camper. He cut down the bed frame to fit the queen mattress better. The camper came with a king size mattress, but we asked them to exchange it for a queen because it was there was not much room to walk around the bed. We have always had queen size beds so that’s not a problem for us. I hung up all of the command things in the shower. Shampoo and soap holders, towel and wash cloth hooks, etc. We have put those in all of our trailers and they work wonderfully well. I also put some kitchen things away and bathroom towels. Meanwhile Dennis was hanging up the paper towel holder, my knife rack and key rack. Lots of little things, but it makes it feel more like home and much more comfortable to be in.
Yesterday I took mom to her doctors appointment where she was put on insulin for the first time. She’s such a tiny little slip of a thing, but her pancreas is just not working as it should. Later in the day I picked up her insulin pen from the pharmacy and I went over last night to give her her first shot. I’ll go over every night for a while to make sure she understands what she has to do, but I do think she’ll do just fine giving herself the shots if she just remembers to do it. She is very frustrated that she has to have another medication. She also realizes that her memory is not doing very well at all and that frustrates her even more, which I then think makes her forget more. It’s a never ending circle. She has gotten exponentially worse with her memory in the past couple of weeks. I think it has to do with her sister being diagnosed with pancreatic cancer. She has just had too many bad shocks in the last couple of years.
I don’t remember if I told you last week that I broke a window in the living room when I was washing them. I couldn’t believe it. I had to be at the glass repair shop at 8:00 yesterday morning to get it repaired. They had ordered the new window from the factory and they put it in the frame for us yesterday. Thank goodness that was yesterday and not today. Yesterday I was wearing a sundress with no sweater. Today it’s 25 below zero with the windchill! As they say, if you’re in Nebraska and you don’t like the weather, just wait a minute and it will change. 🤷‍♀️
So that’s what I’ve been doing the past few days. Not a lot of time for stitching but I’ve been trying to do as much as I can, when I can. I have been enjoying the cross stitching and I even have something to share for tiny needle Tuesday! That rarely happens. 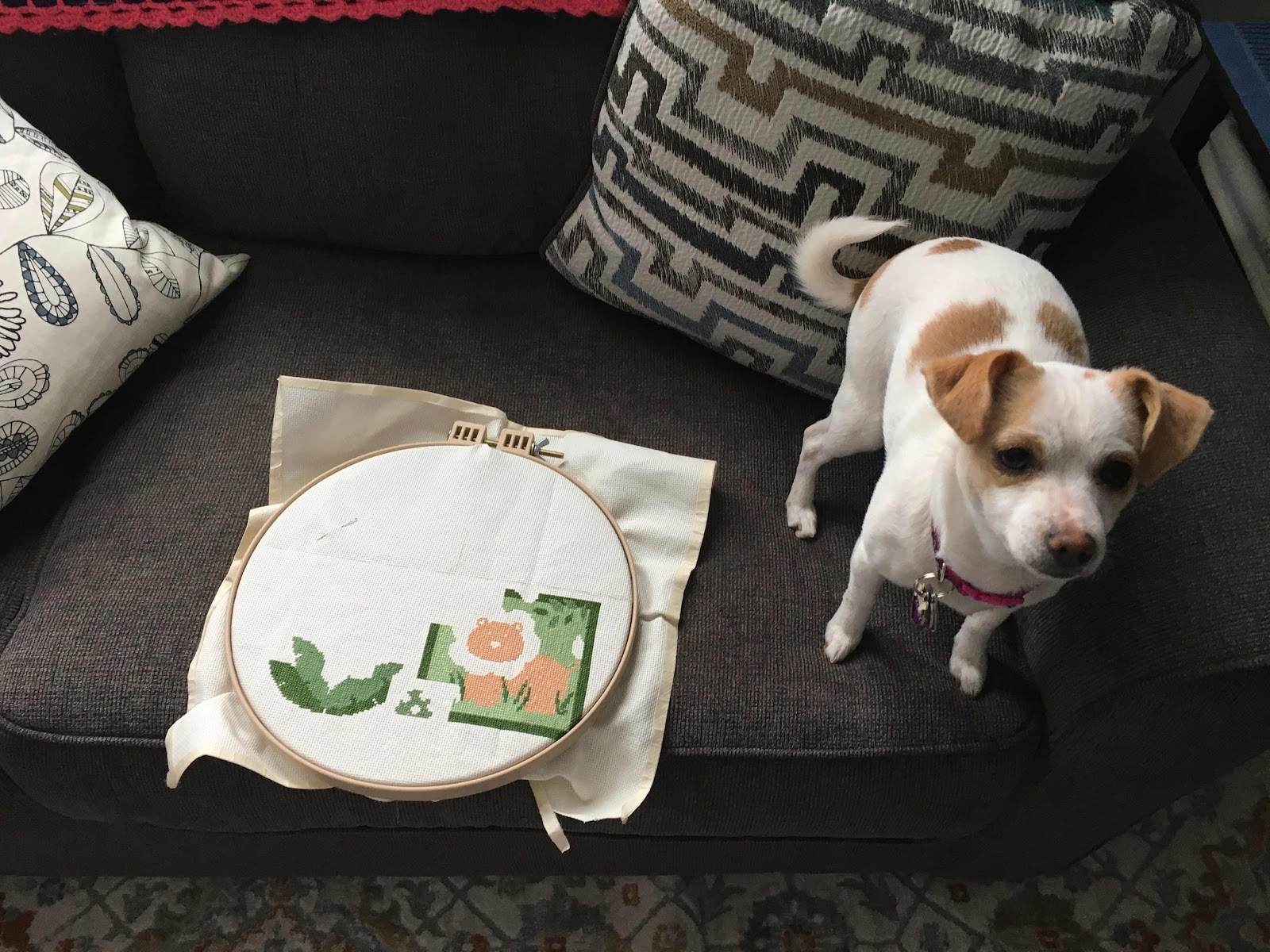 I couldn’t decide which picture to share because Zoey was so cute in both of them so I thought I would just show you both! Doesn’t she have the cutest little profile in this bottom picture? And yes, she has both Dennis and I wrapped around her little paws.
You can almost see the shape of the lion in the lower right corner. That weird blob by the lions feet will eventually be a turtle. I am having fun with this. 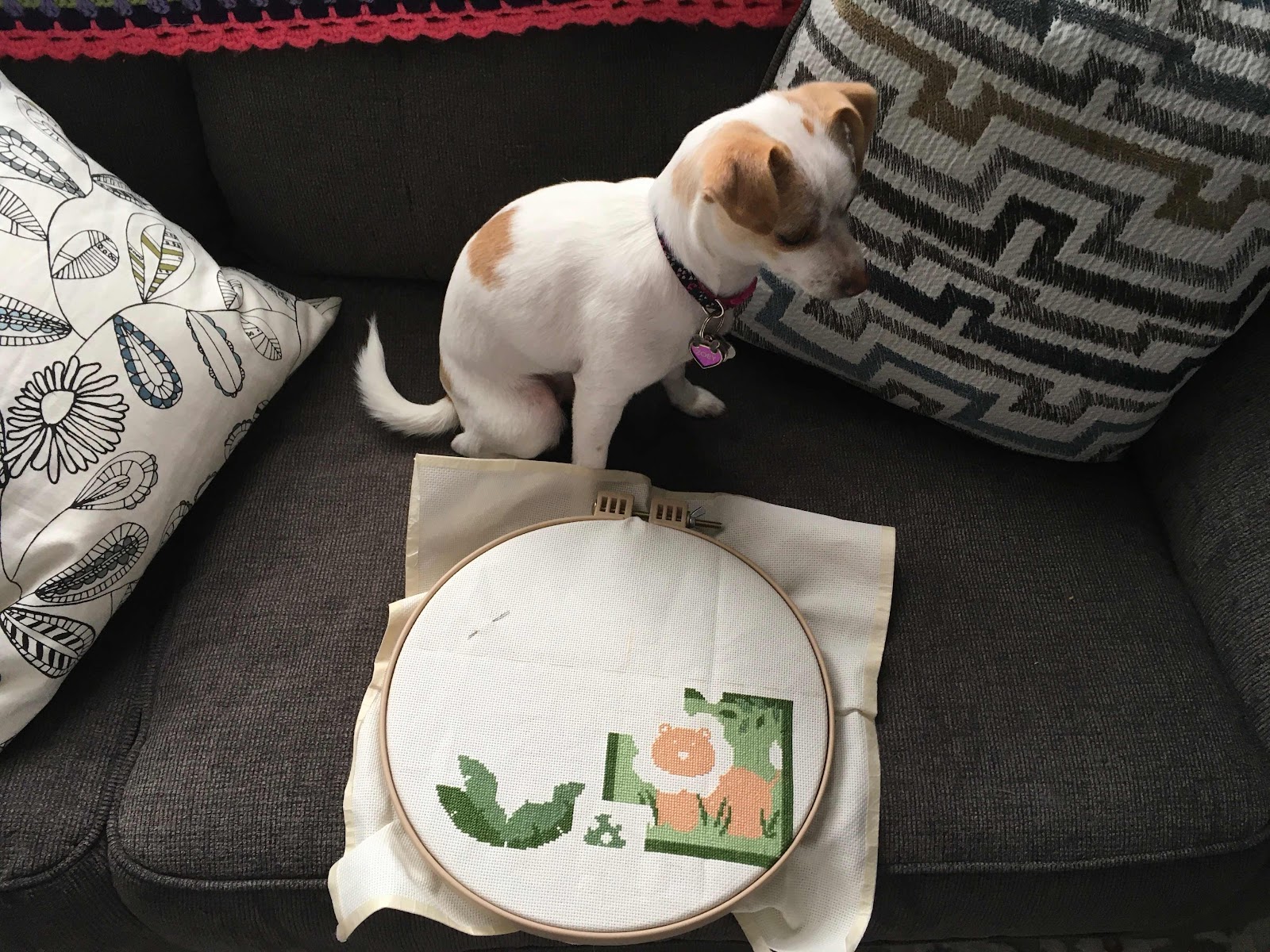 This is the February square for the “Jayda in Stitches” Tunisian crochet blanket along. This is called the full stitch and I did make a few little errors but it’s not too bad! It’s not too late to join in. She releases the pattern by video the first Friday of every month, so you have lots of time yet to get the January and February squares done. 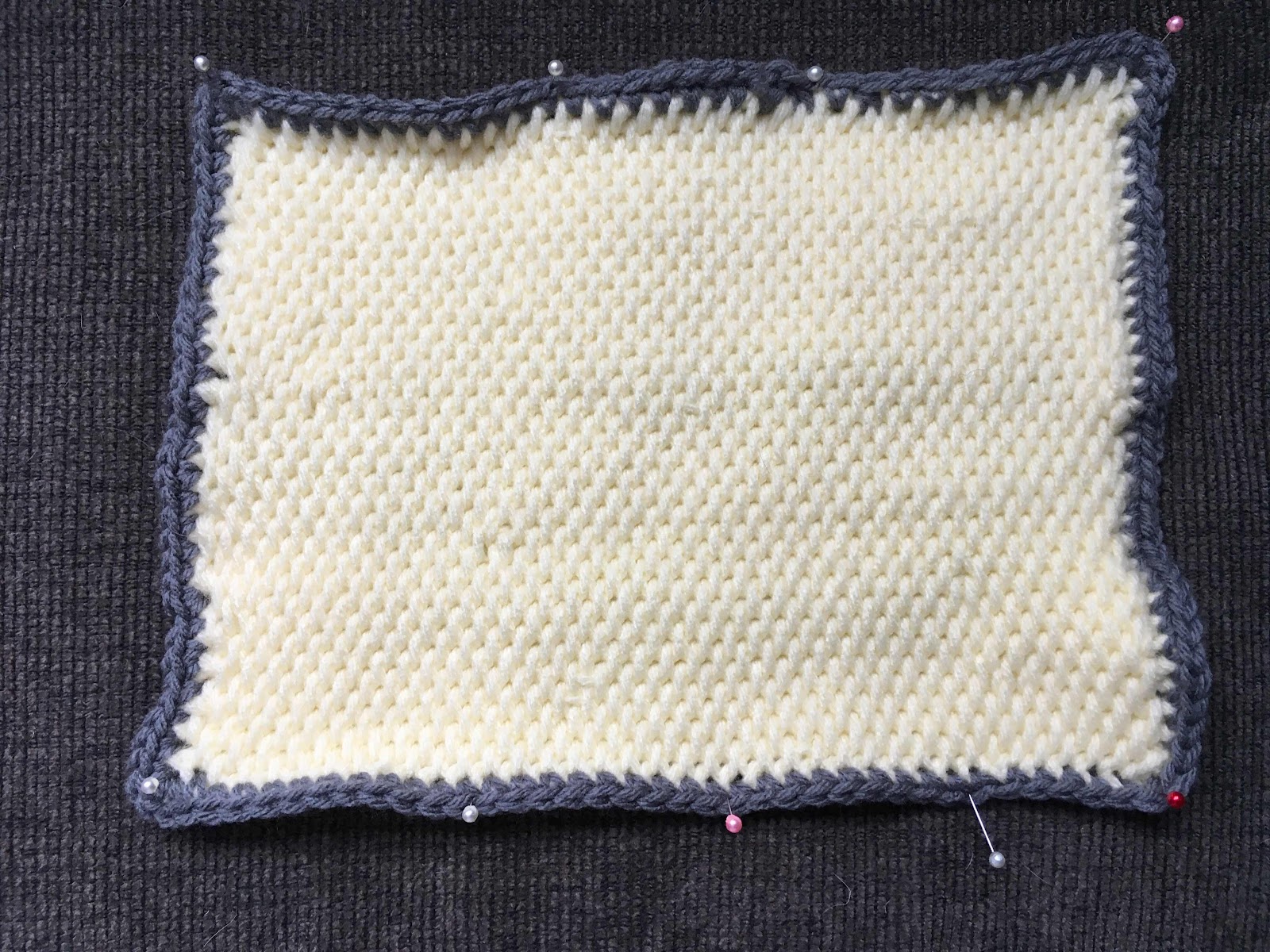 I received some sweet valentines in the mail. This one is from Debra. She has the “As I See It Now” blog on my side bar. We have been blog friends for several years now. Thank you for the sweet, sweet card Debra. 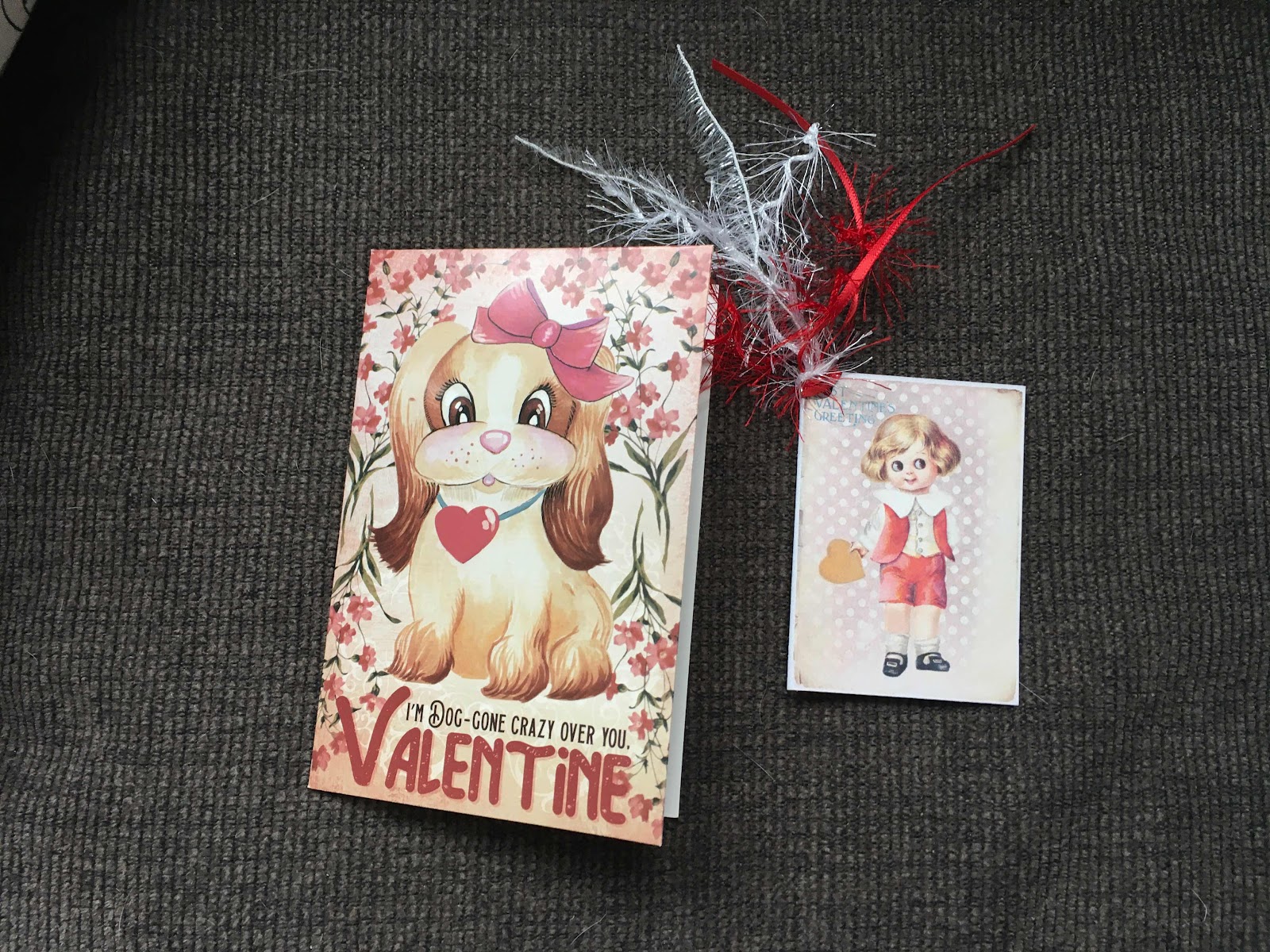 And this one came from Sam. Her blog is “Self Sufficient Sam” over on my side bar. Isn’t this just the sweetest card? Sam has been feeling very ill the last few weeks and I would appreciate prayers for her to be back to herself. 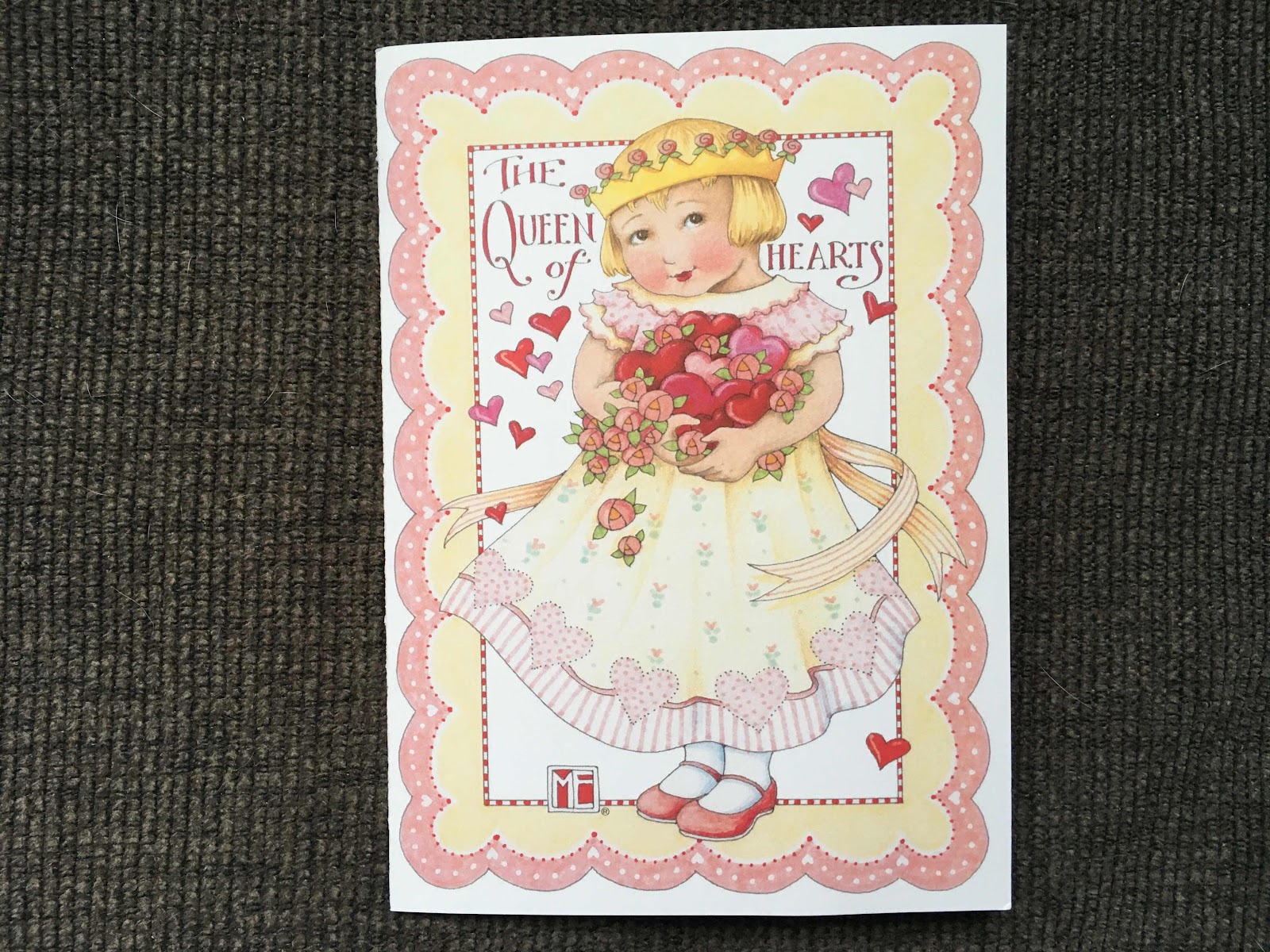 Remember I mentioned at the beginning of the post how cold it is? This is where little Zoey is right now. She’s buried under all of these blankets on my lap! I wanted a dog I could have on my lap while I did stitching projects and I sure got one. She is the most affectionate and cuddly little dog we have ever had. She likes nothing better than to snuggle in nice warm blankets and cuddle up right next to you. She seems to love Dennis and I equally. That is one of the things I love about him working from home. She is used to having both of us around all of the time. 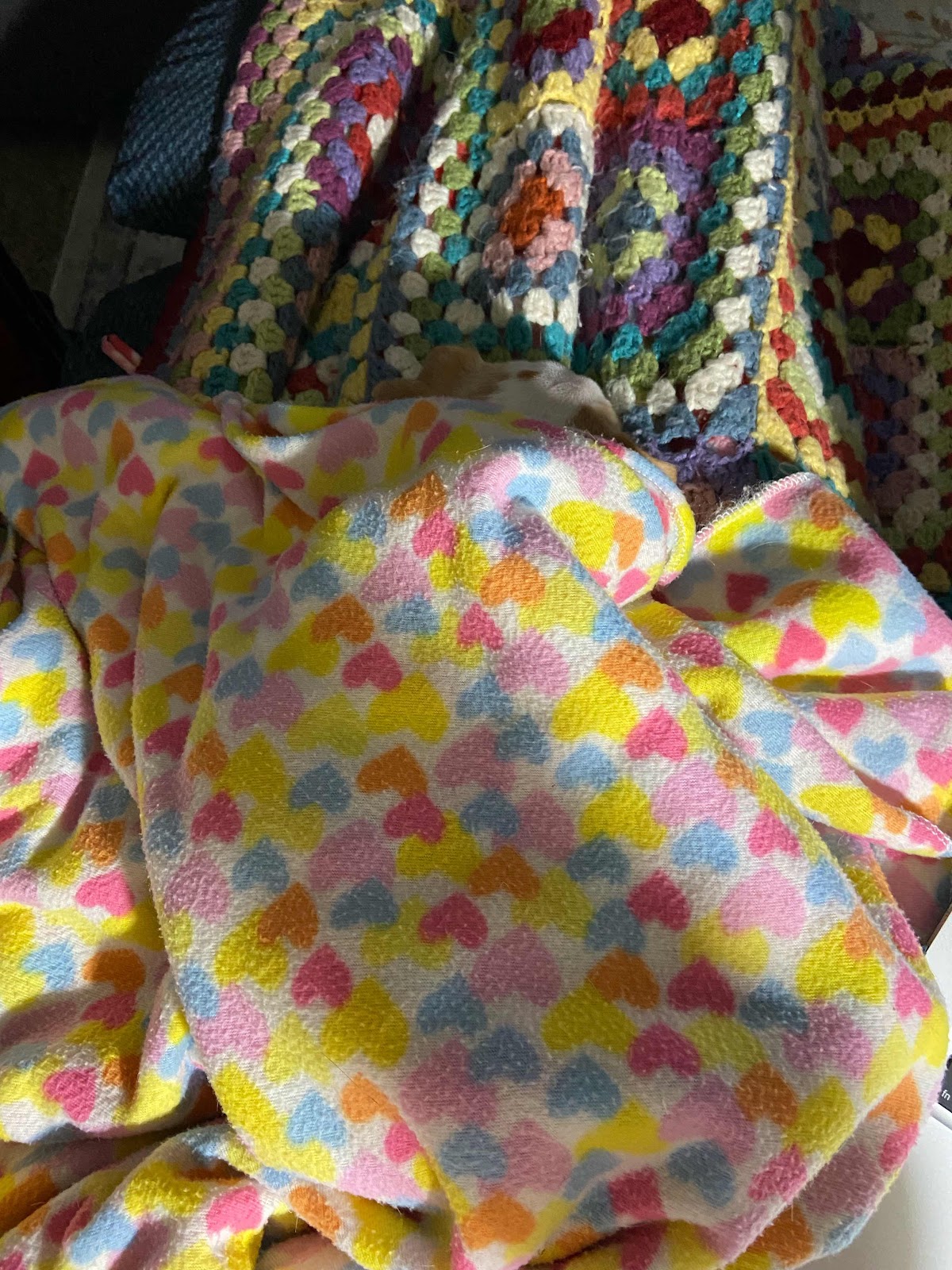 Well, I seem to of writing a news letter today. Sorry about that. I think I don’t have anything to tell you so I put off blogging and then once I start it gets very long. I apologize. I hope you are all staying nice and warm if you’re up here in the north and enjoying the warmth if you’re down south. Take care and may God bless each one of you today. 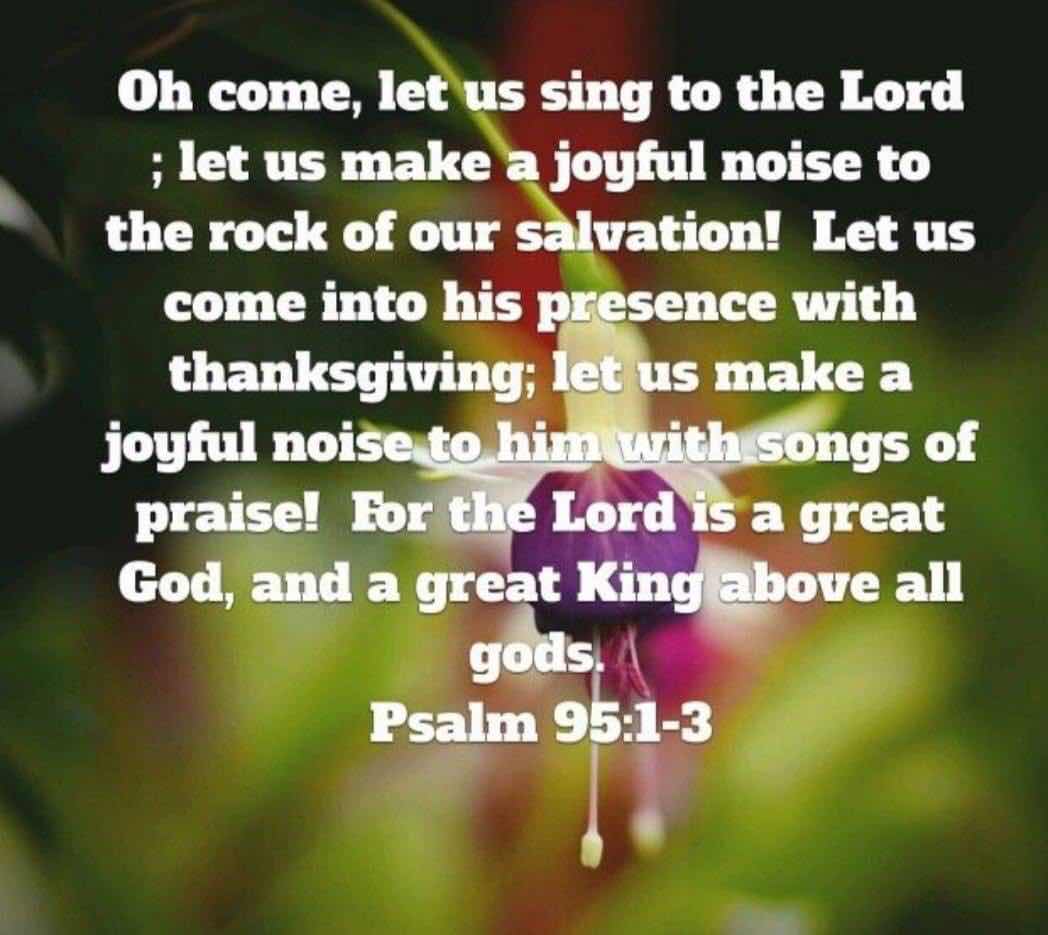