We have certainly had a busy few days. We had a wonderful time camping Friday and Saturday nights. The beauty of where we live never fails to amaze me. God‘s creation is stunning. Each season has its own beauty. We woke up to fog in the mornings and when I took Chloe for her walk Friday night, I looked up and there was a doe standing less than 10 feet from us. She wasn’t bothered at all by Chloe wandering around in the clearing. She just watched her very quietly and stayed there until we walked away and then she walked away in the opposite direction. I certainly wish I would have had a camera with me.
The big excitement is the fact that Dennis has a new ride! He has absolutely loved his old truck. It was a 2013 Ford F150 eco-boost. The problem is that it did not have enough power to pull our house! We pulled the small trailer with no problem, but whenever we moved the big trailer we had to pay someone to do it. That is not going to work out in retirement if we want to keep the trailer and travel. He’s been watching craigslist and gone in to talk to a couple of dealers several times, but they never had what he wanted. We have had the luxury of being able to take our time until he found the exact truck he needs to pull our house. After he finished winterizing the little trailer yesterday, he and Larry went to look at a truck and test drive it.
Well, to make a long story short he came home and got me and three hours later we were the proud new owners of a 2019 F350 diesel pick up truck.  I actually cried as they drove our F150 away. We both loved that truck and it’s been paid for for many years. I told Dennis that it’s ridiculous we paid three times for this new truck, what we paid for our very first house in 1978.  But, he assures me that since it’s diesel he will never have to buy another truck. Apparently they last a long time.
Tah-dah!  It really is beautiful and even has heated and air conditioned seats.  Who would have thought air conditioned seats were even a thing? All I cared about was that it has a big backseat so I’ll have plenty of room for my yarn and Chloe!🤣 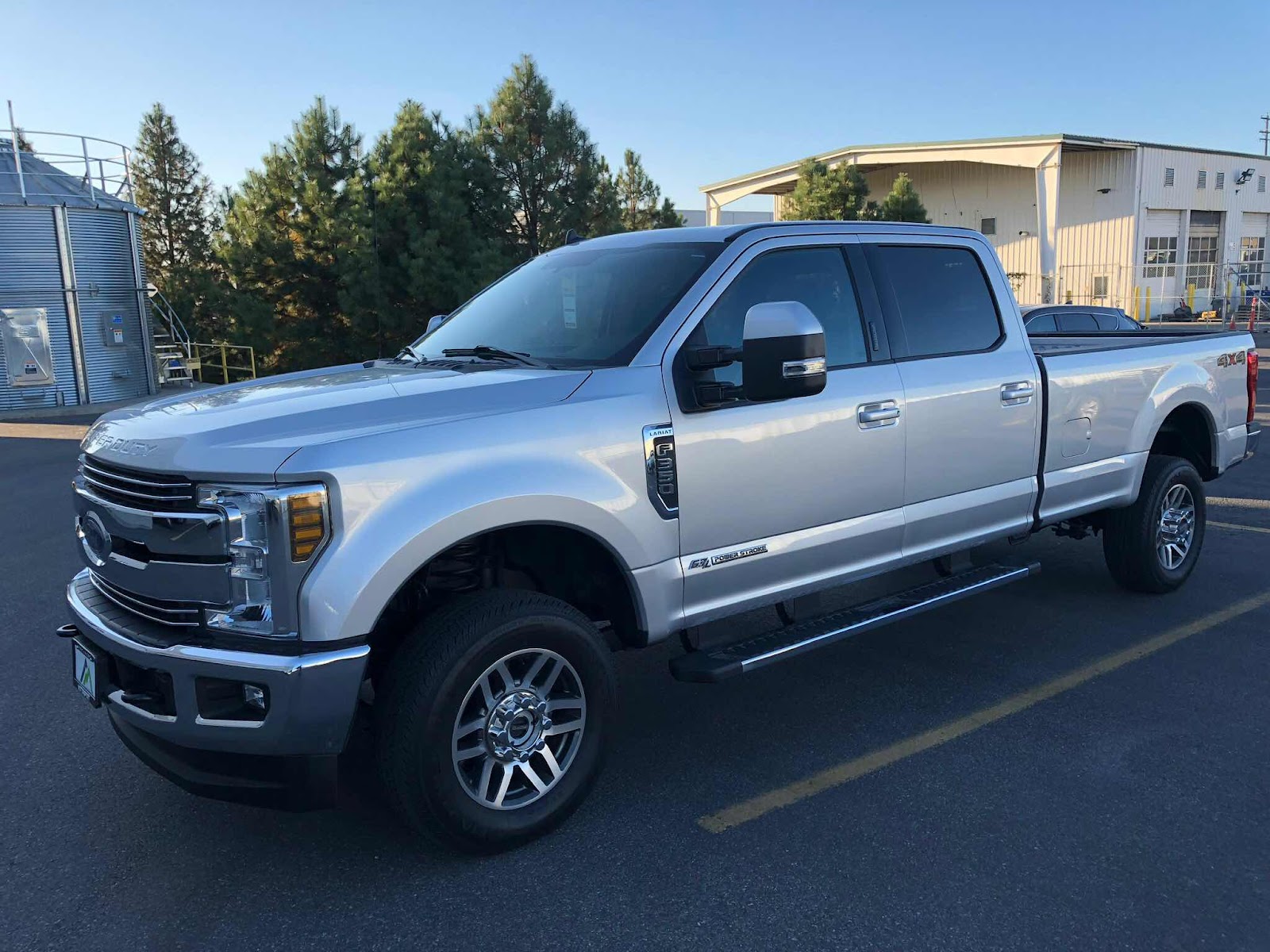 Here are the mini-lights at night. I am loving them and they make everything so cozy. 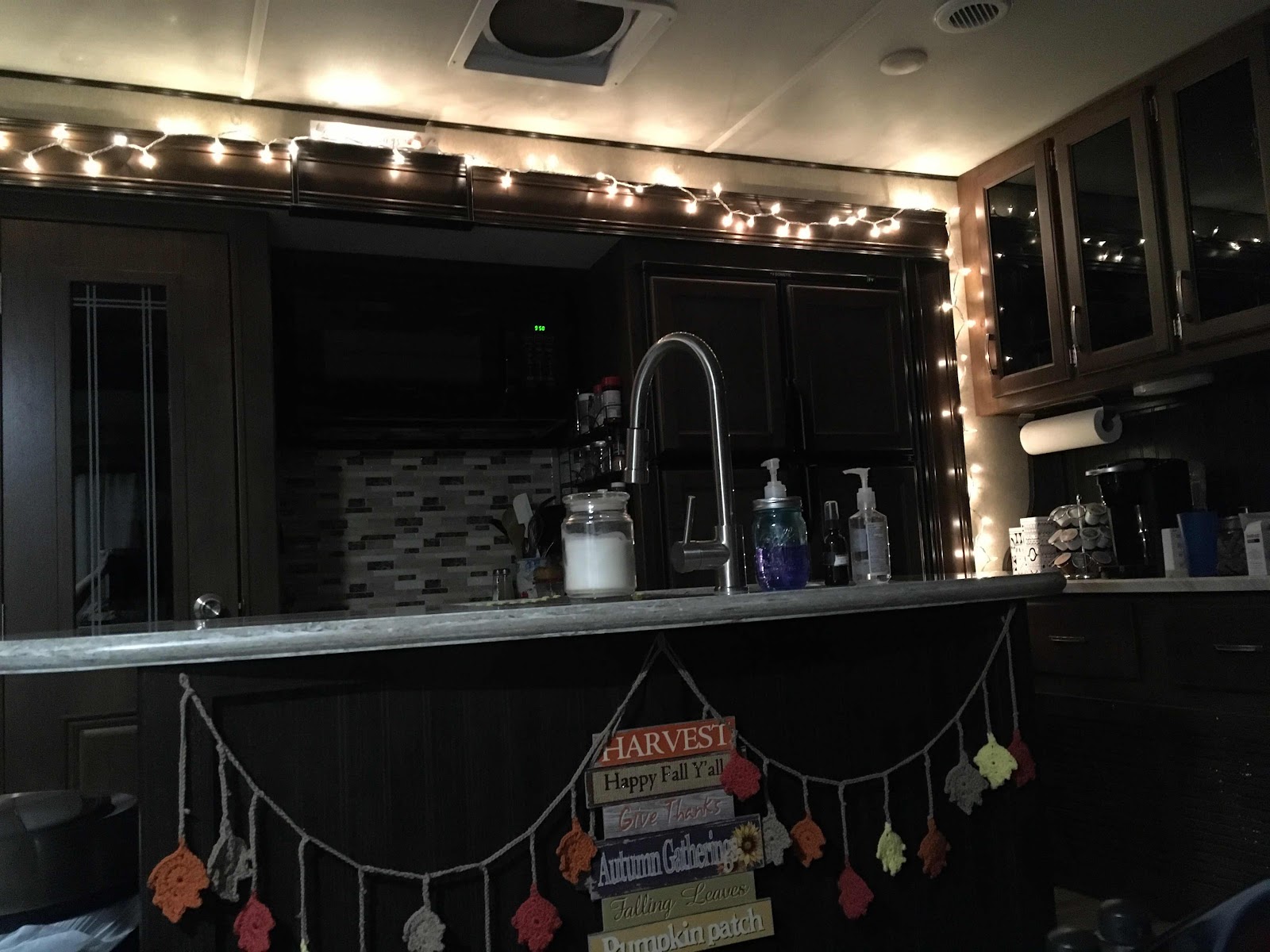 The other end of the room.  That’s piper’s handprint above the TV. She sent me a card that says, I love you. Of course it has centerstage! 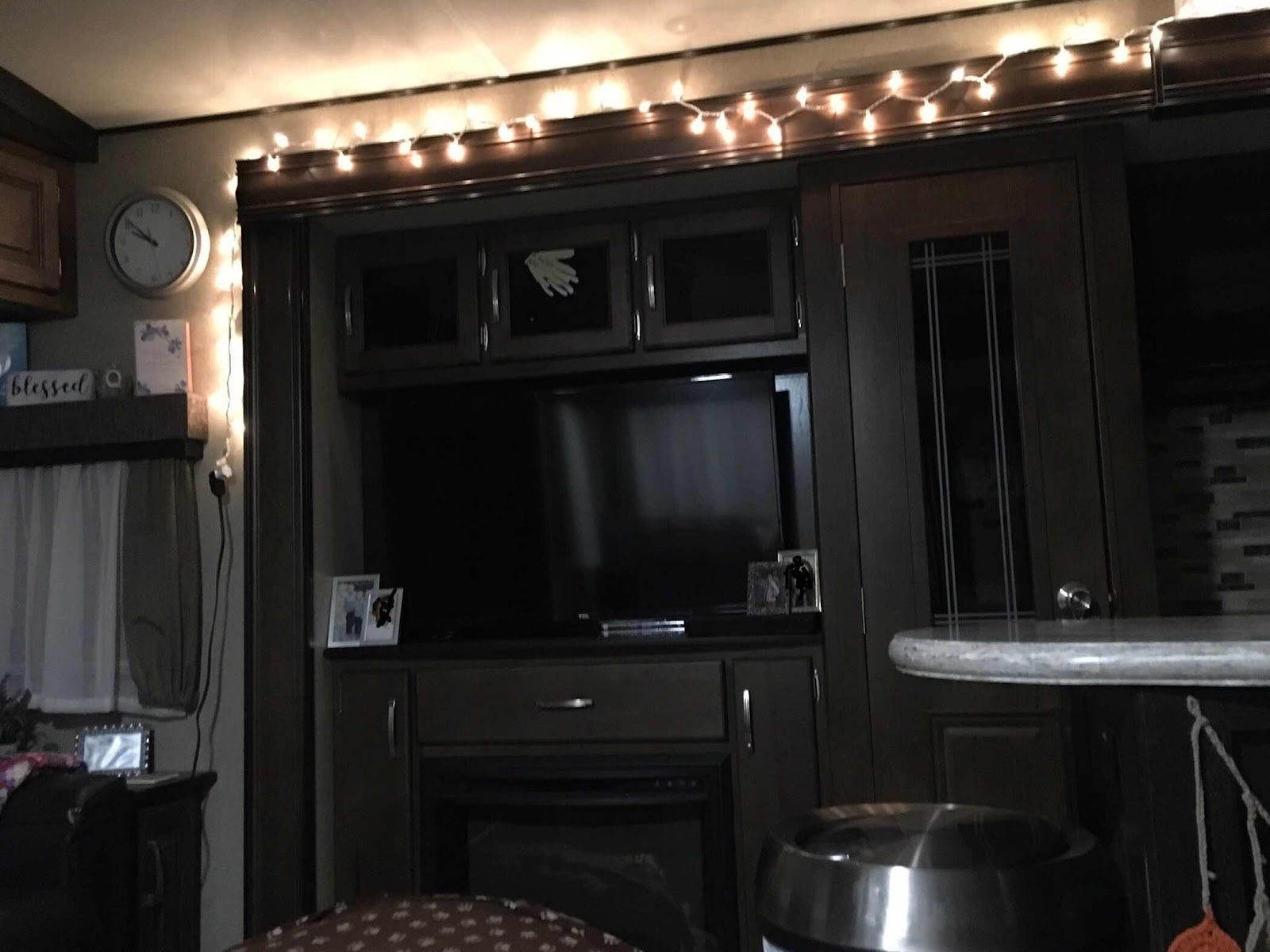 I never got caught up in the coloring craze when it started a few years ago, but Piper has been giving me drawing lessons every afternoon on FaceTime and I found myself in need of coloring pencils or crayons. When I bought  the pencils, I saw this book at the same time. I have to admit it’s rather fun.  So far this is the only thing I’ve colored. 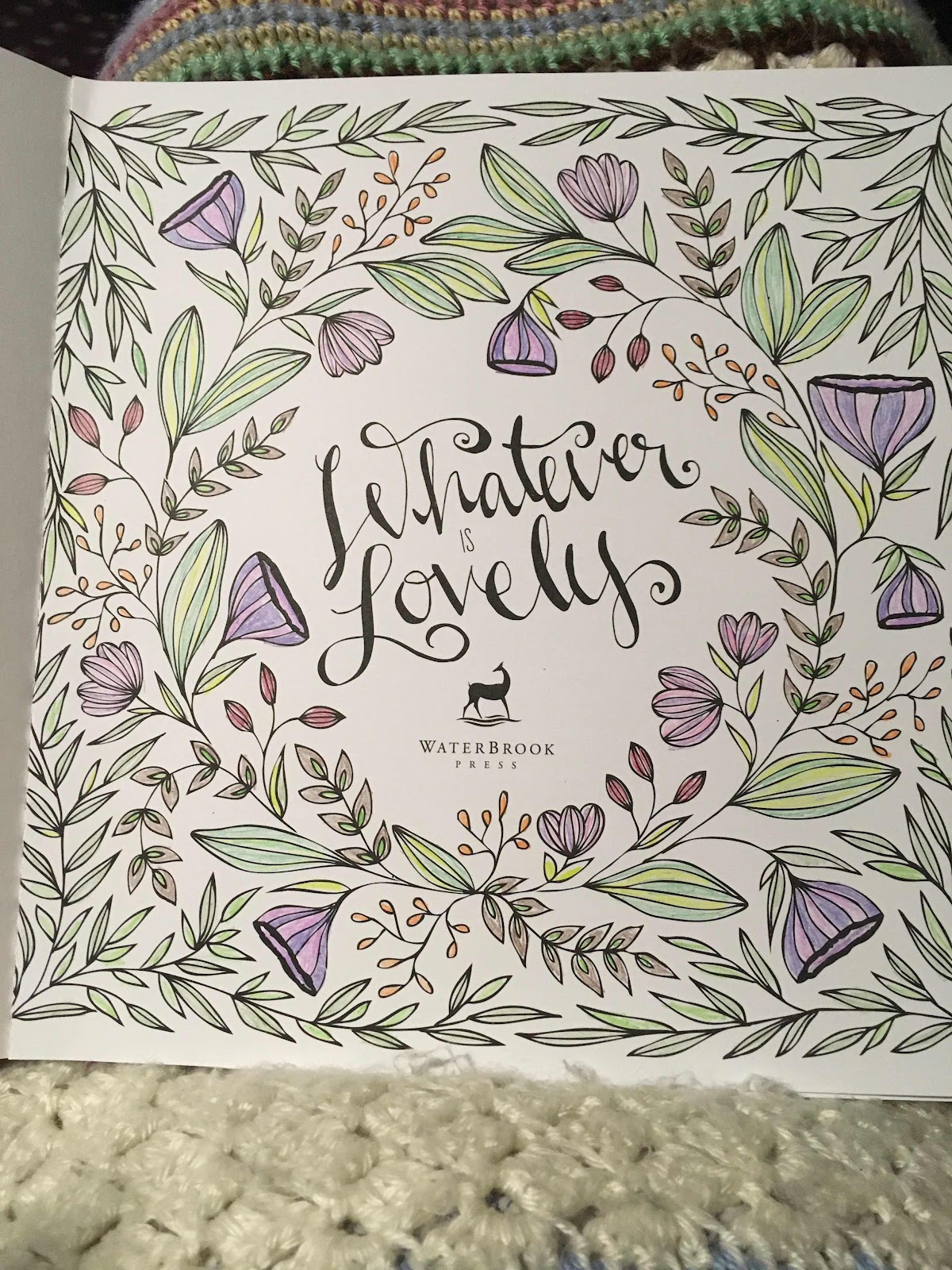 Our busy day today consisted of Dennis having to be at the dentist for a check up at 7:00 am, then at 9:00 he had his annual physical and 9:15 was mine. We both had to have blood drawn too and then had to be at Dennis’s office by 10:30 for our flu shots. After that I had to drive almost to Idaho to take the title of the old truck to the dealer. Then it was back to the doctors office for another attempted blood draw. Oh, I didn’t tell you that the phlebotomist poked me nine times unsuccessfully the first time I was there this morning. I was running so late for my flu shot appointment I had to leave and go back. After six more tries I went to the hospital across the street and the lady there got it first try. So there were 16 needle jabs just to get two tubes of blood from me.  All this was while fasting. I hadn’t eaten since 4:00 yesterday afternoon and I didn’t finish at the hospital until almost 12:30.  Then I had to pick up groceries and mail and finally back home. It was a busy morning and almost a 24 hour fast!
Oh, and while at the doctor, Dennis had to get a tetanus shot because he sliced his hand open on a piece of metal yesterday as they were closing up the trailer. It was not very clean metal either and even a bit rusty. Since it had been eight years since he had a tetanus shot he got one today.  The poor guy ended up with a flu shot in one arm and a tetanus shot in the other. I wonder if he will be able to move his arms tomorrow?
So that’s been our little bit of excitement in the world. I hope you all have a lovely Wednesday and don’t have to have any blood drawn or get a flu or tetanus shot! 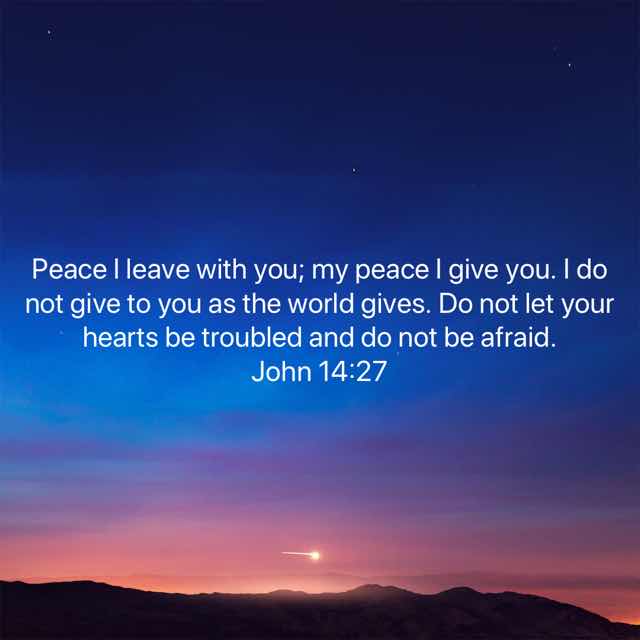