My goodness. Has it been a week since I posted? The time is flying by. I spent five days at the lake and it’s hard to get Internet out there sometimes so if I seem to be behind in commenting on your blogs or not posting as much, that could be the reason why. I apologize in advance for that.  But I have been busy. I finished knitting the Reyna shawl with the yarn that Meredith sent to me.  Here it is before I had a chance to block it. 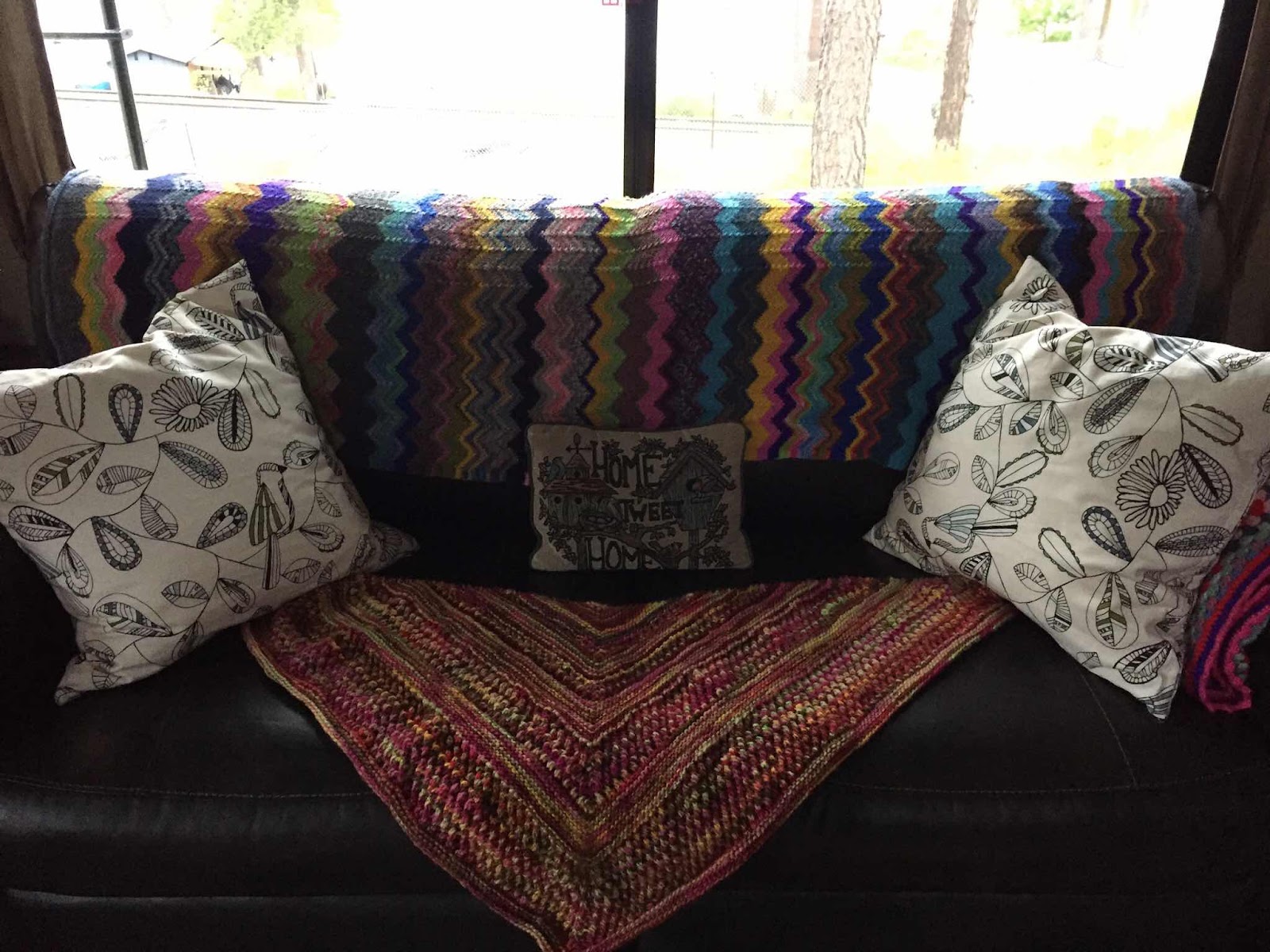 A bit of a closer look.  This was so much fun to knit and it is a free pattern on ravelry.  This was a very quick knit and only took me three days.  I didn’t even feel like I knitted on it that much, because we were at the lake and doing some long walks, etc., so there was no chance of getting bored with it at all. The color changes were wonderful and the yarn was so soft. 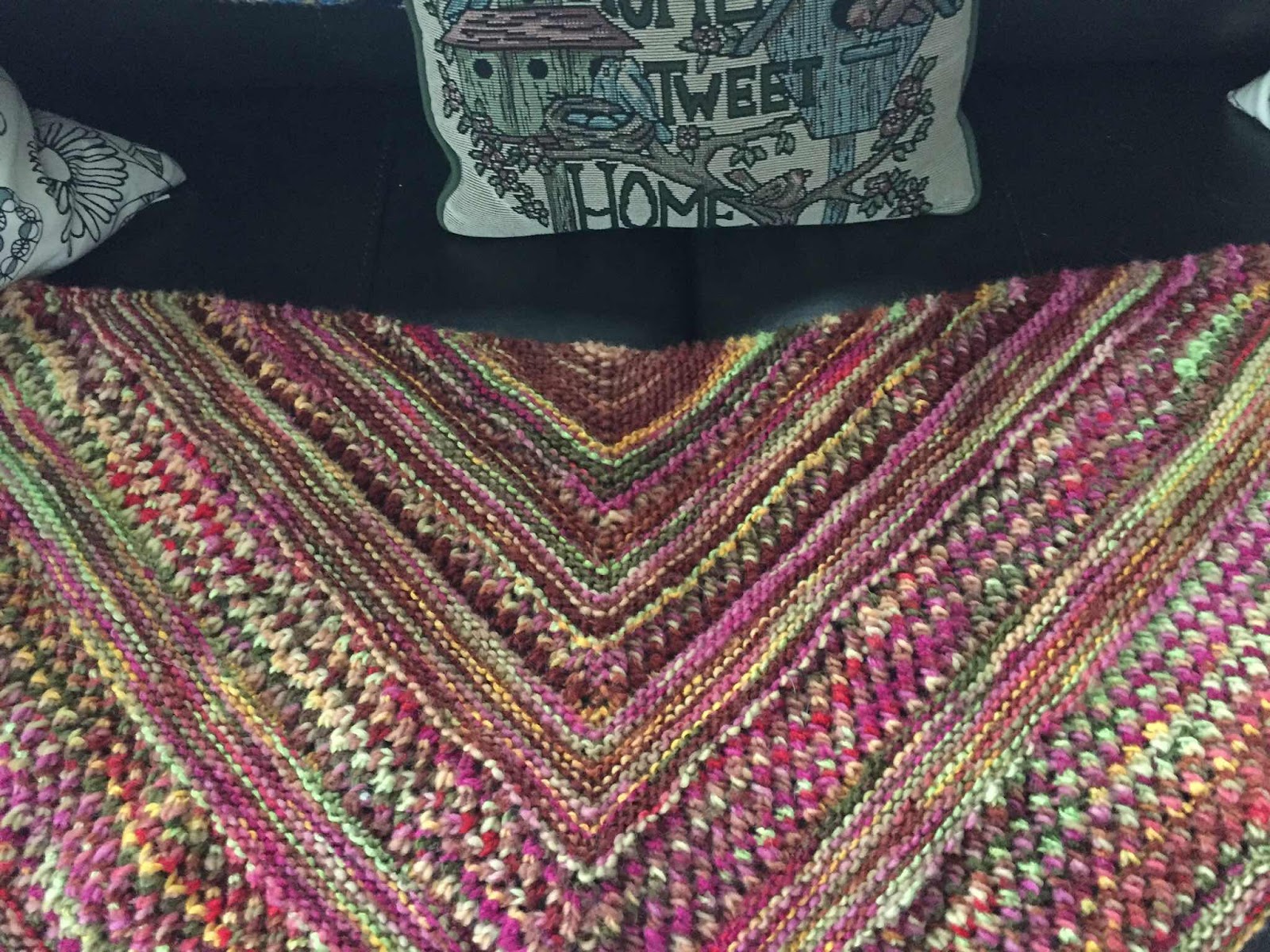 Have any of you ever heard of “Knitted Knockers?“ There is a group online that makes these for mastectomy patients. I have made dozens of them in various sizes and donated them to local oncologists. A good friend at the lake had a double mastectomy about three weeks ago. Would you believe she got out of surgery at 10:30 and was home by 2:30 the same day?  All because of COVID-19. She has ended up back in the hospital twice for emergency surgeries because they sent her home so soon. They sent her home with FIVE drains! Two of the drains got plugged inside her body and they had to go in and put new ones in. It’s been very traumatic for her.  She still has two drains!  They won’t be able to do reconstructive surgery until this virus threat is over. She has been very depressed because the doctor told her the gel prosthesis that most people use will not work for her because of her scar locations.  I asked her if she had ever heard of Knitted Knockers and she was thrilled when I offered to make her a set. I have made them before for ladies from church who have had mastectomy‘s. They all love them. This is what one looks like finished.  This is showing the front and  the second one is on the needles. 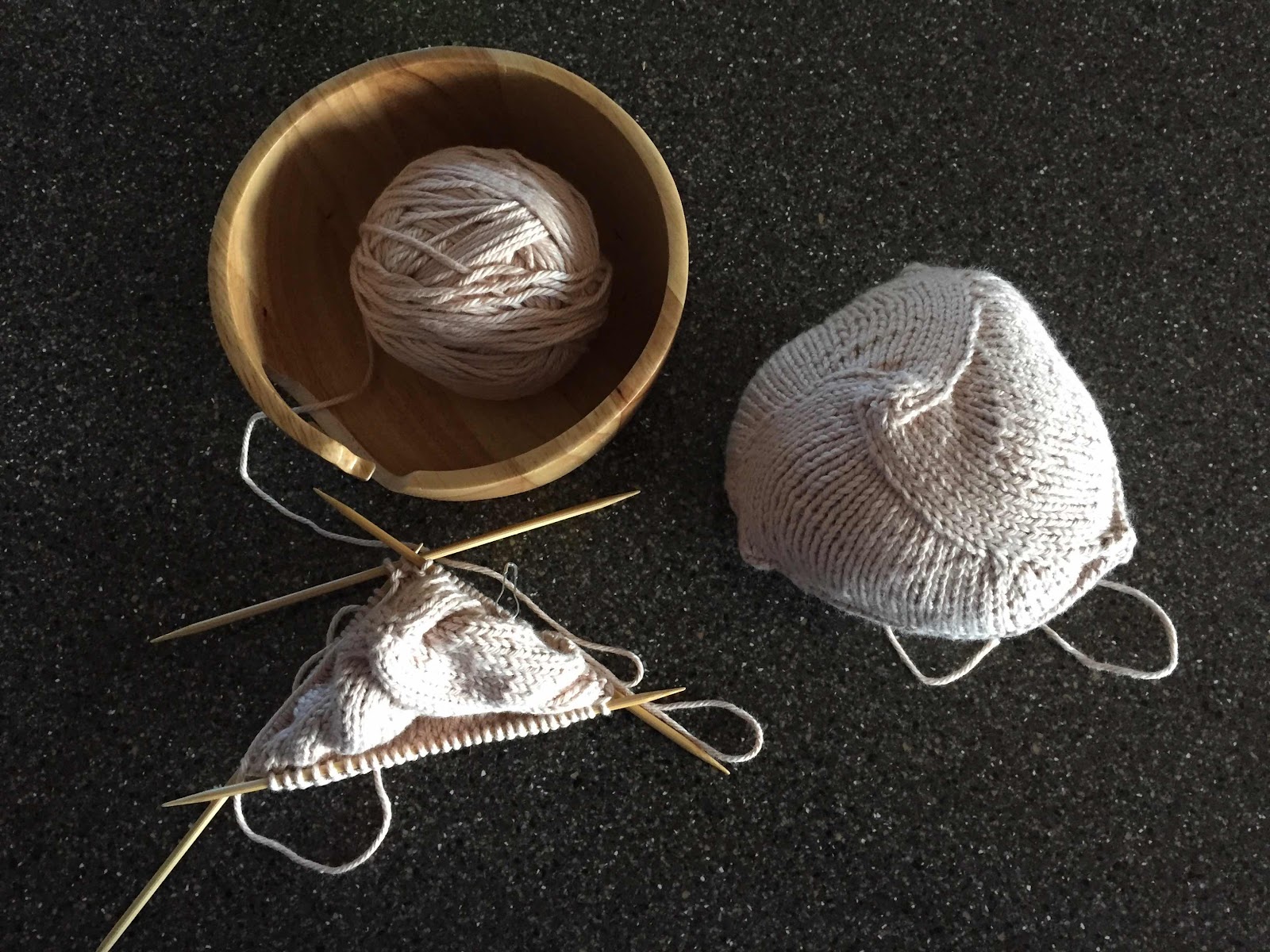 The next picture is the back. You leave the tail on the yarn so the recipient can remove or add fiberfill if they want them less full. The pattern has sizes from A to DD!  This one is a C. Some ladies like them crazy wild colors, but I usually make them in neutral so anybody would be happy to wear them. They are so light and can just be thrown in the washing machine. You have to use a very, very soft cotton yarn so as not to irritate the new scar tissue. 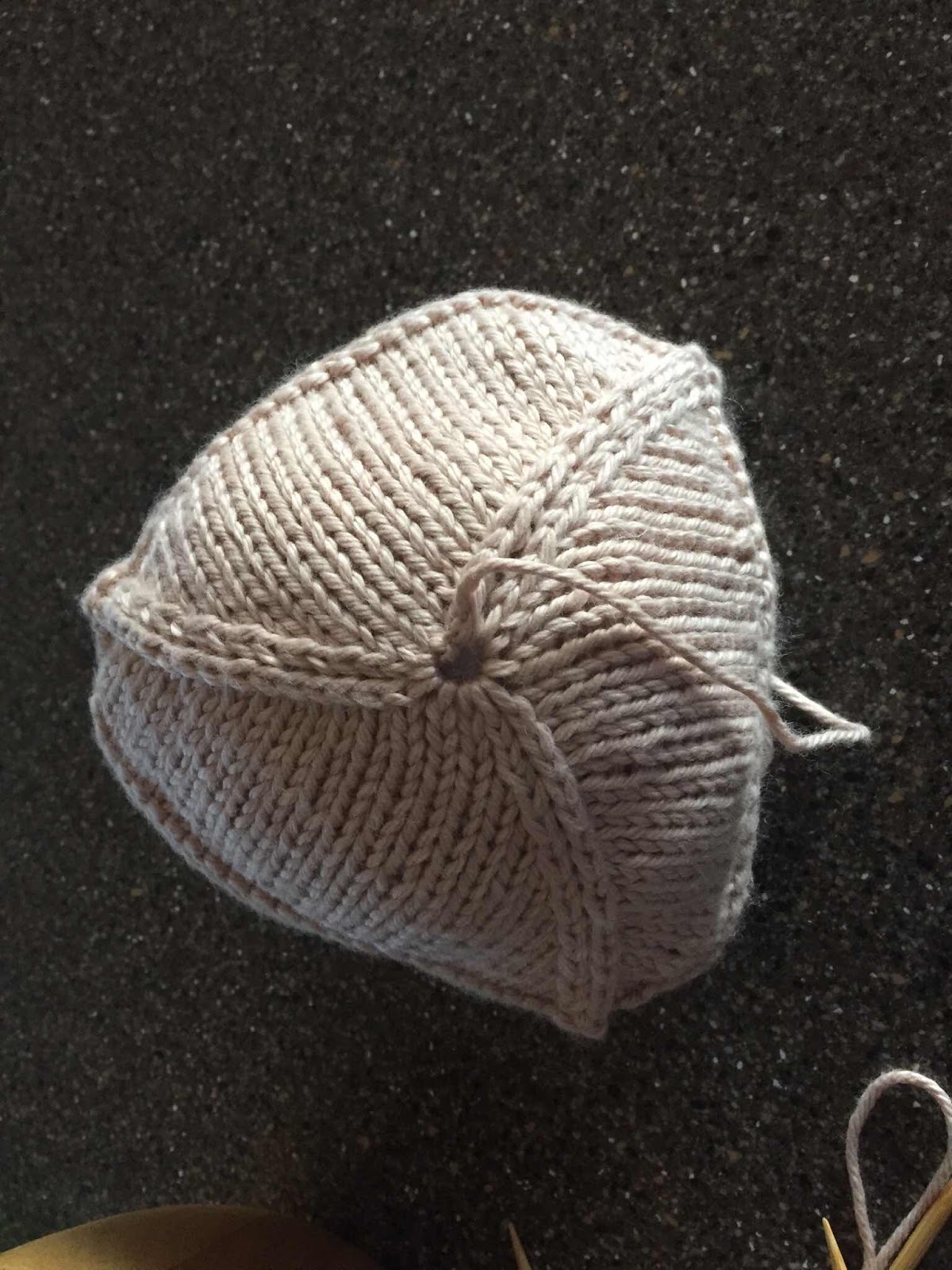 My friend was so happy that I offered to make these for her, that she showed up at the door of the camper the next morning with these beautiful roses for me. I had told her I wouldn’t take any money for them and she’s so grateful. 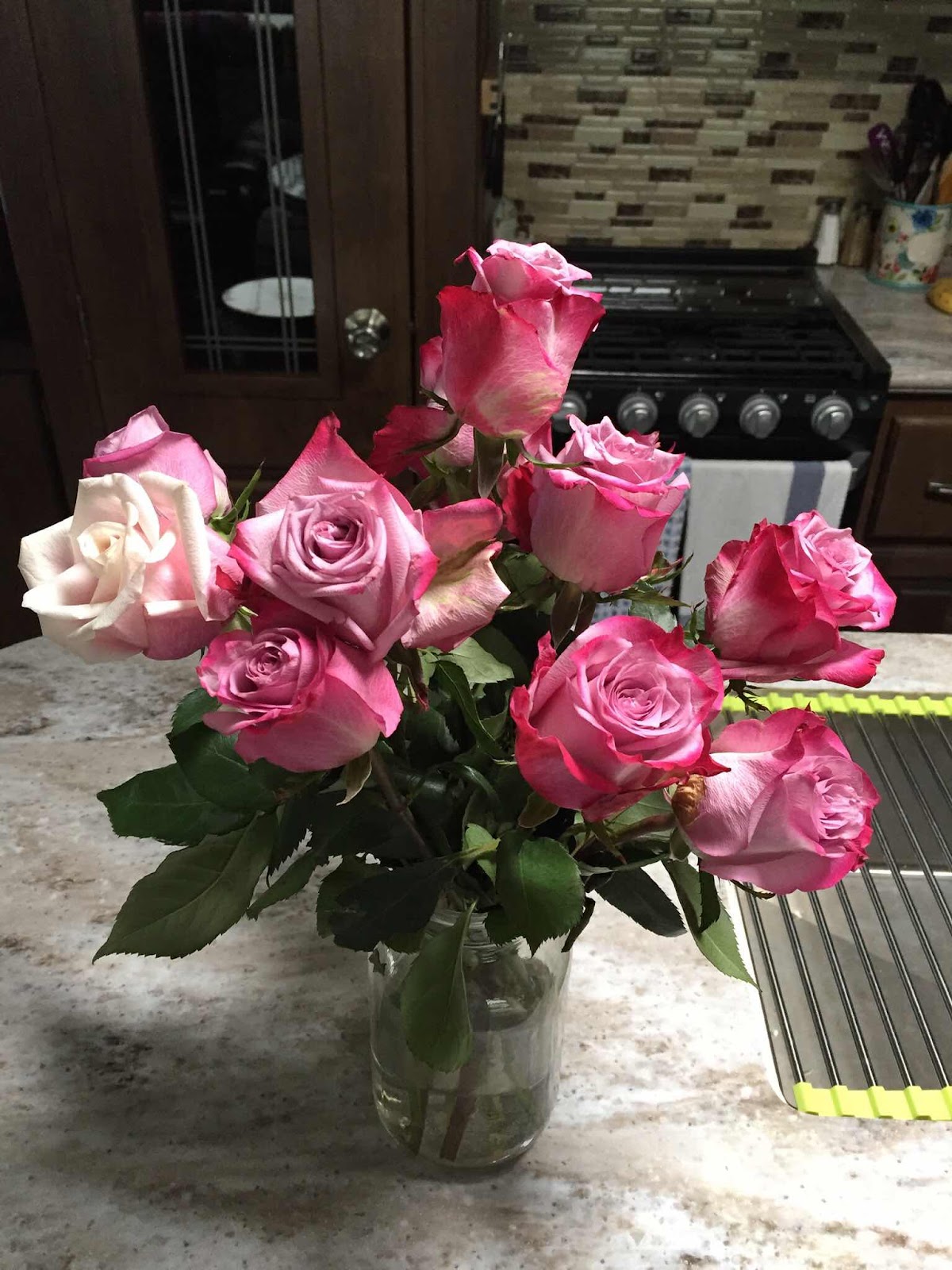 If you are a knitter and you’re interested in making these, most oncology offices are happy to accept them. Or, you can send them to the national office unstuffed to save postage and they will stuff them and mail them on to ladies who have requested them. Hundreds of thousands of these are given out every year. It only takes about two hours to knit one. The pattern is free online, just look for Knitted Knockers!  They are very simple and just use the knit, purl, SSK, k2tog and m1 stitches.  If you can knit socks, these would be a breeze!
We were sitting outside the camper on Saturday and this huge Navy plane landed in the lake directly behind our camper. It is very blurry because I zoomed in as much as I could with my iPhone and he landed closer to the opposite shore of the lake.  It was a huge plane. First he buzzed the lake to see where the boats and kayakers were and then he circled around and landed. Almost immediately he took off again so he must have been practicing his landings and take-offs. There were a lot of kayakers in the immediate vicinity. I would have been terrified. 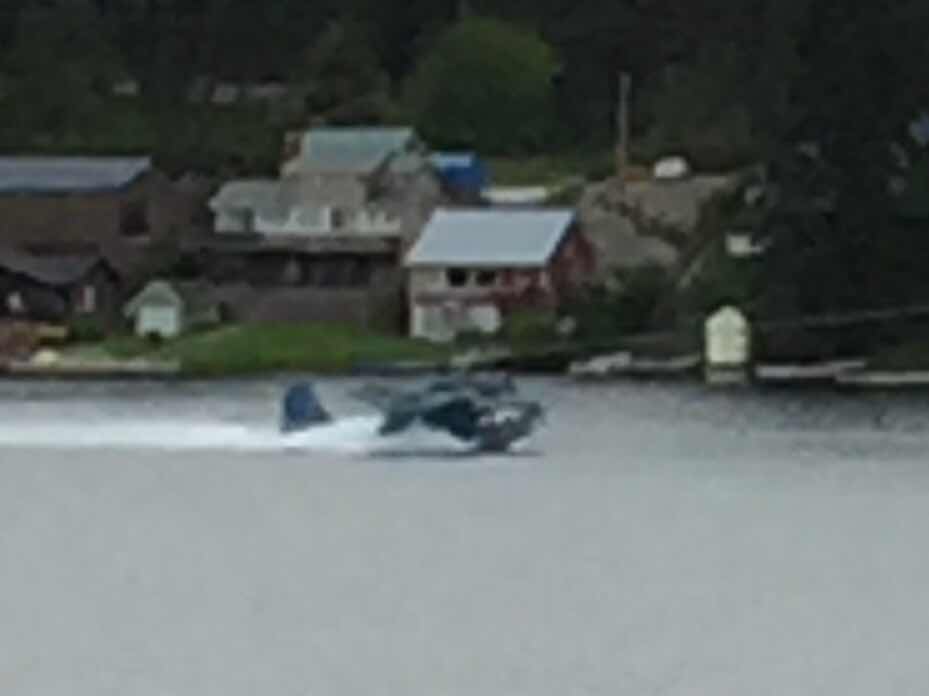 I took this as he flew directly over our trailer after taking off. 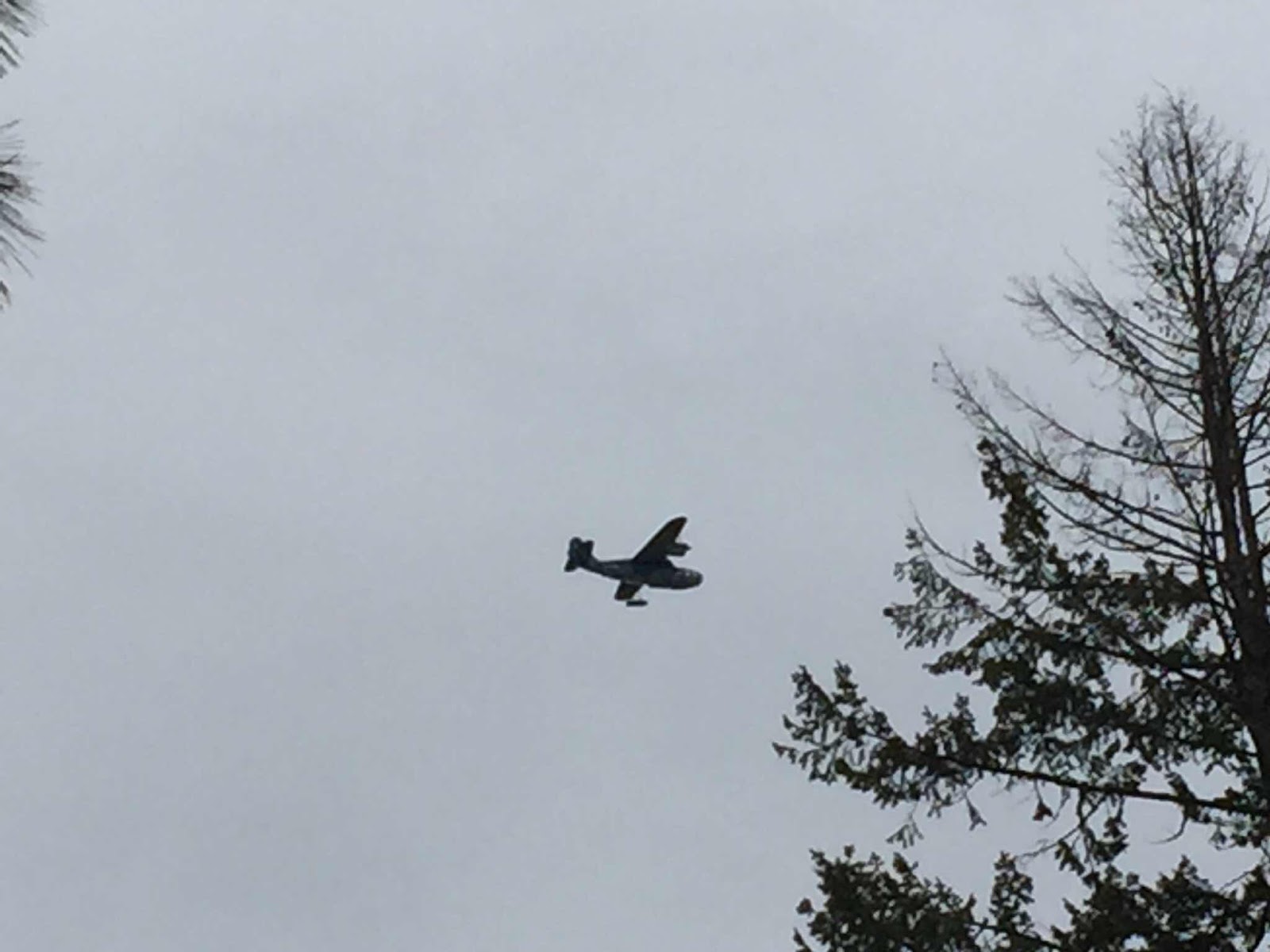 And finally, here is Chloe laying in front of the fireplace at the trailer. She loves it there, especially when we have the fire going during the evenings and the warm air is blowing right over her bed. Yes, I would say she is a bit spoiled. Ha! 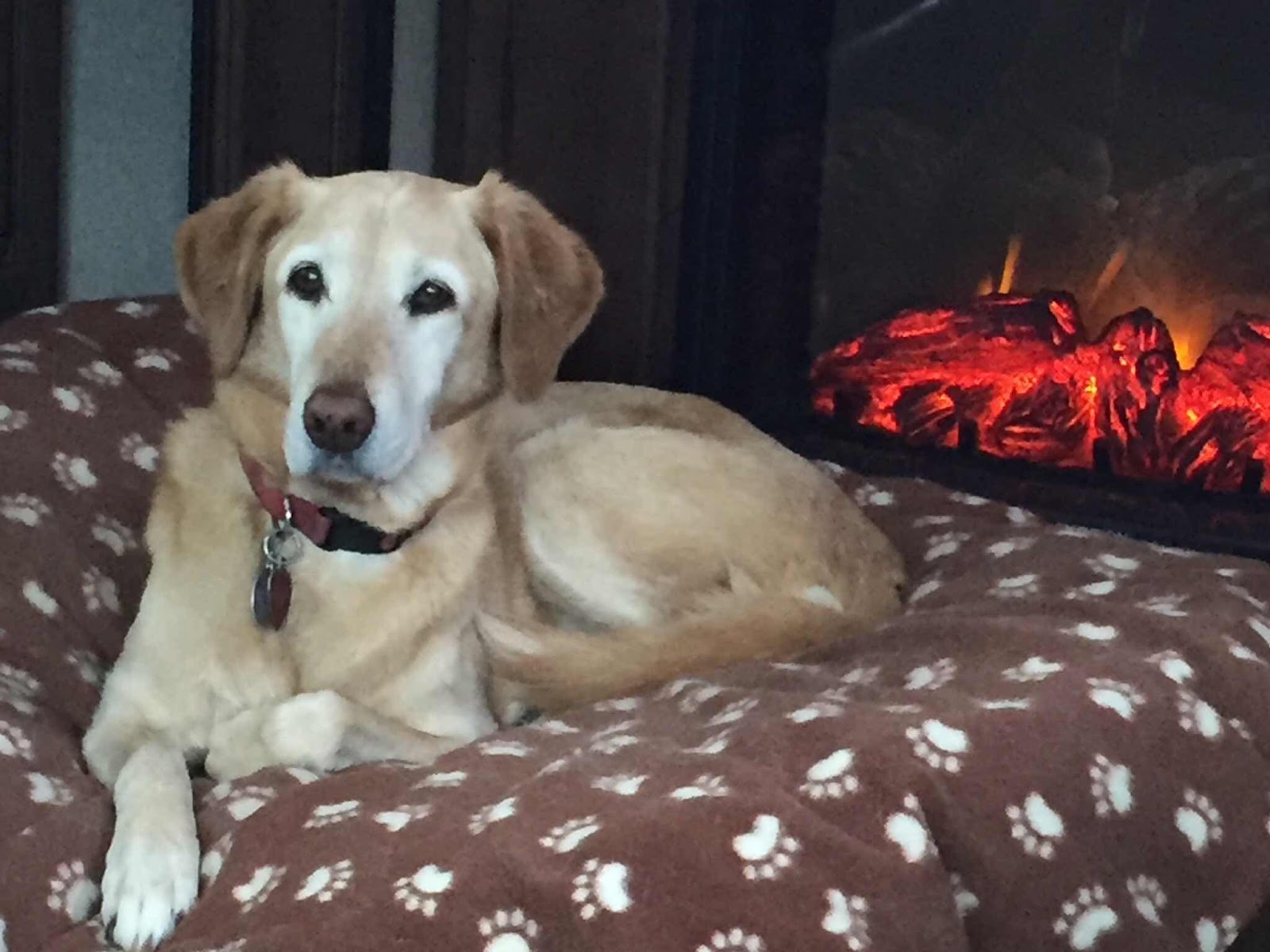 My 74 year old brother Roger was recently in the hospital having something done with his pacemaker and then was sent to a rehab center for two weeks to recover before going home. He was only home for two days before he was admitted back into the hospital in Omaha with COVID-19. I suspect he picked it up at the rehab center. Please be in prayer for him. Obviously no one is allowed to go visit him. The nurse told my niece yesterday that he was sitting up and eating breakfast, so at least right now he doesn’t seem to be too ill. I would appreciate prayers for him. 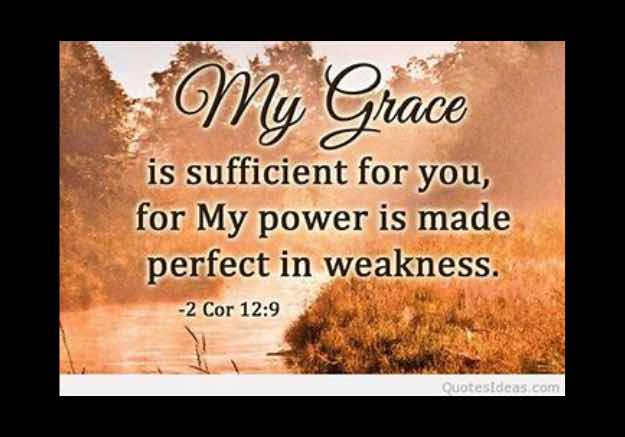 I hope you are all doing well. Wishing you a wonderful weekend with whatever plans you have for the holiday. I know it will be much different than most of us usually have.
Blessings and love always,
Betsy