Last night Dennis and I decided to have a date night. I picked him up after work and we drove about 20 minutes to Coeur d’Alene, Idaho. We had dinner at the Cracker Barrel there. Woo hoo! I know, big spenders aren’t we? But we do love the Cracker Barrel. After a wonderful dinner and some browsing in their little country store, we drove to the Coeur d’Alene resort and took a walk on the floating boardwalk.  It was really cold and the wind was blowing, so the boardwalk we were on was moving in the water. Hence the blurry photos. But at least you get the idea.
The Resort itself was all lit up with a sign that said 2019. 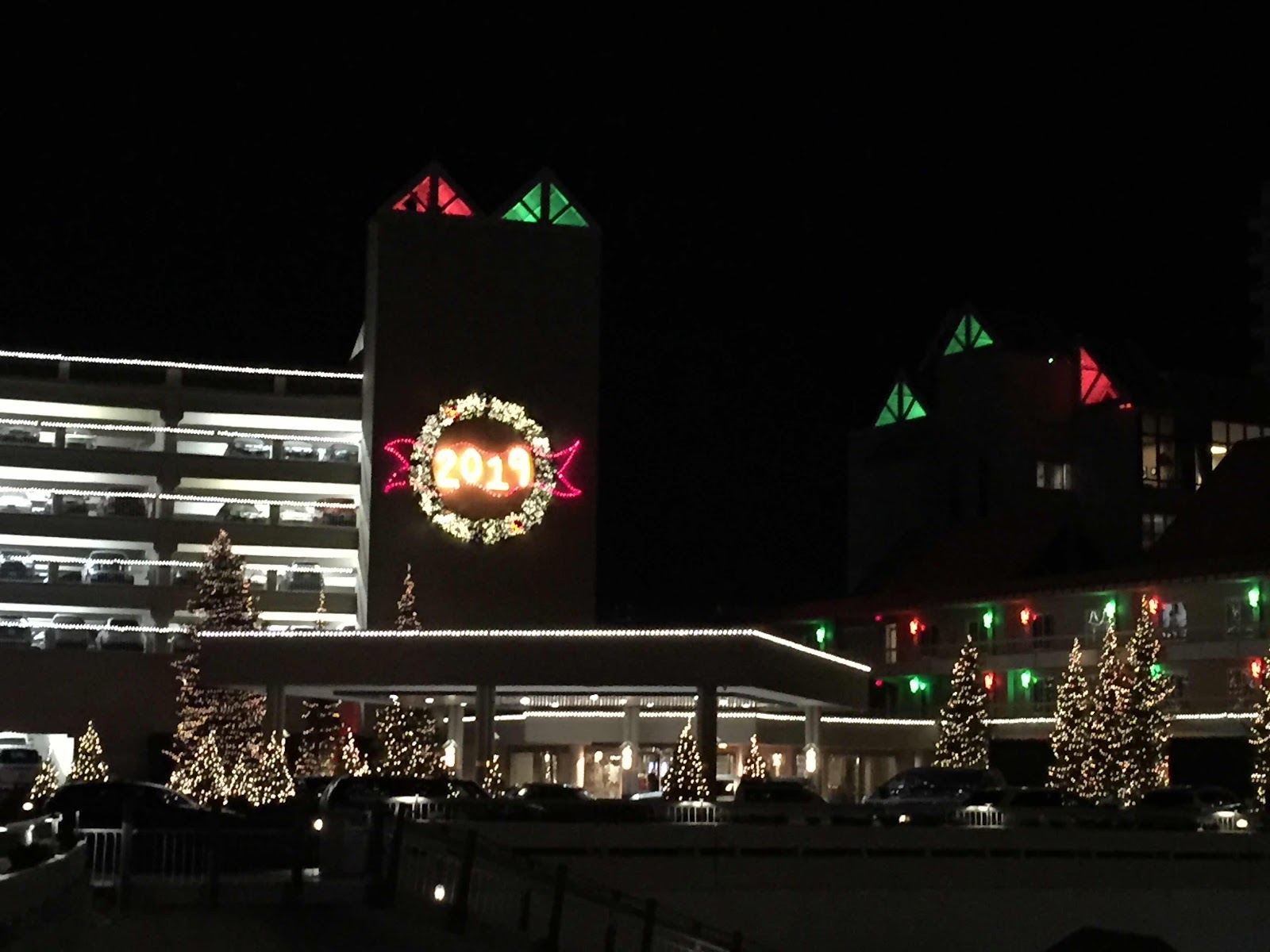 Now these next few are really blurry and I apologize for that. First was the nativity scene on the top of some of the boat shelters. You can see the reflection in the water underneath. 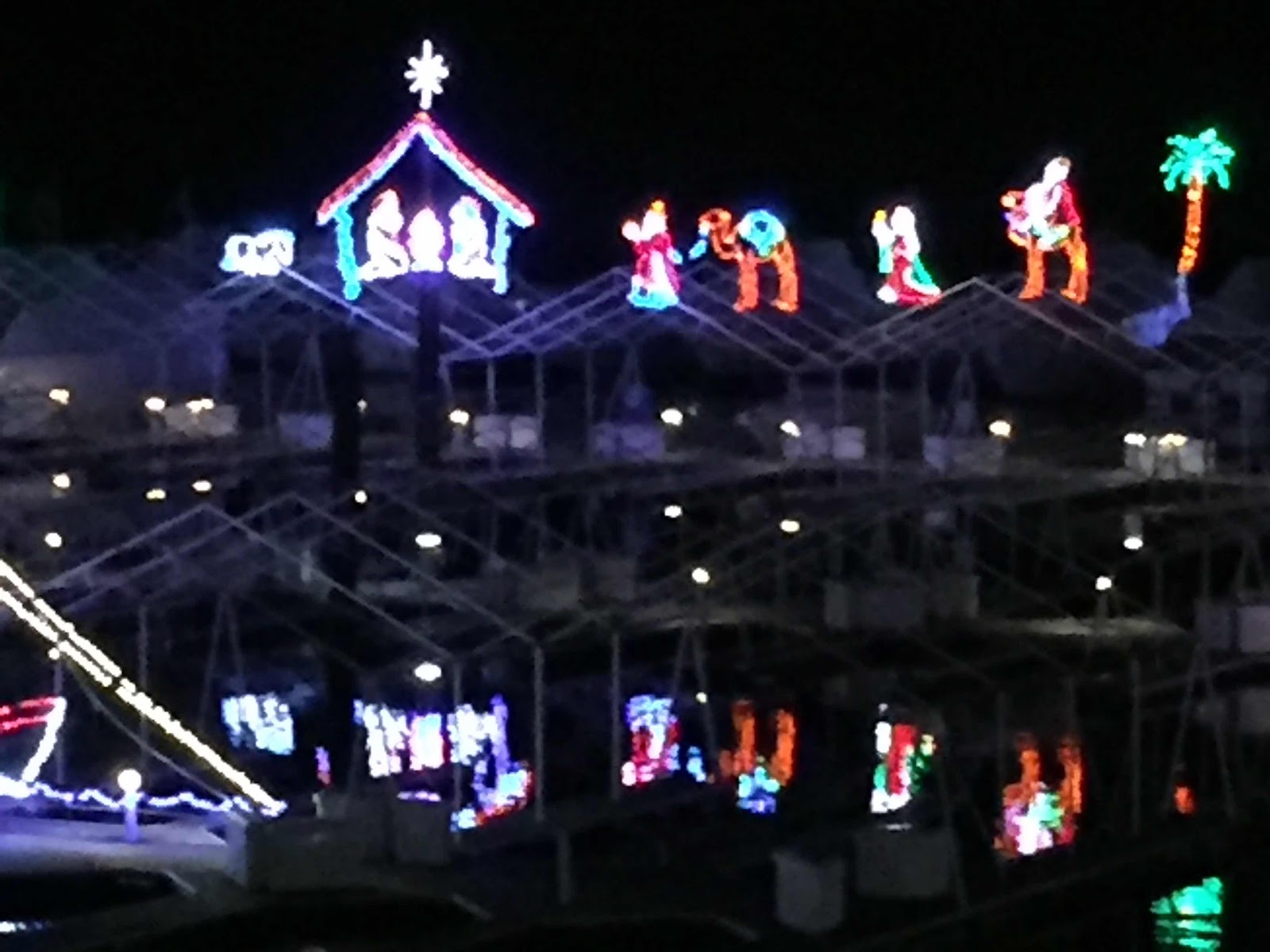 Then there were lots of toys soldiers and other things from the nutcracker, also reflected in the water. 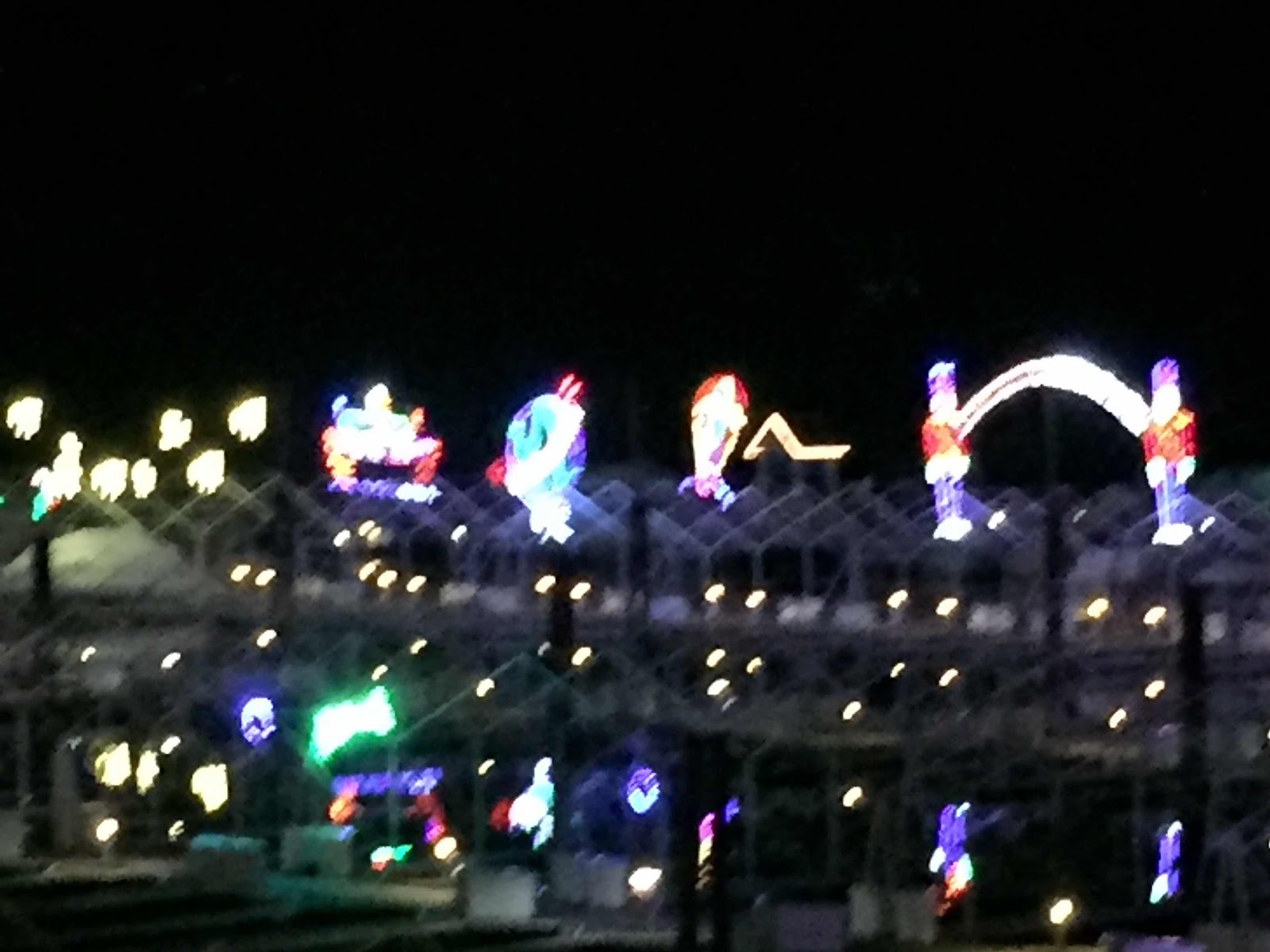 Of course Santa and his sleigh were there.  There were a LOT of other decorations, but I just gave up trying to get pictures because they were so blurry. 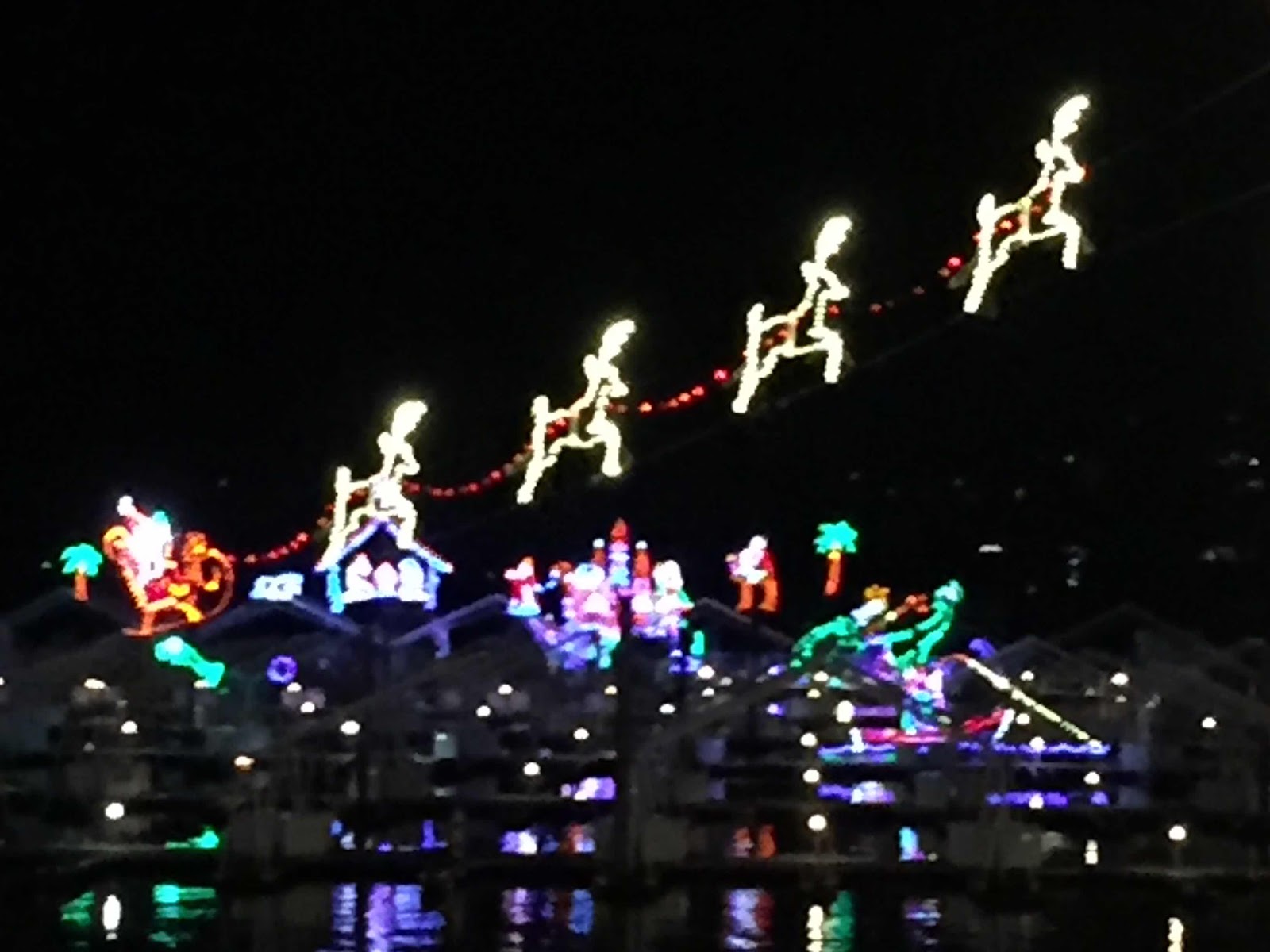 This one was of four party boats. These boats take groups of people out to an island in the middle of the lake where Santa is waiting with his elves.  He reads off the names of the children that are on the boat and tells them he has their list. They serve hot chocolate and cookies on the boats and it’s a highlight for many children in our area each Christmas 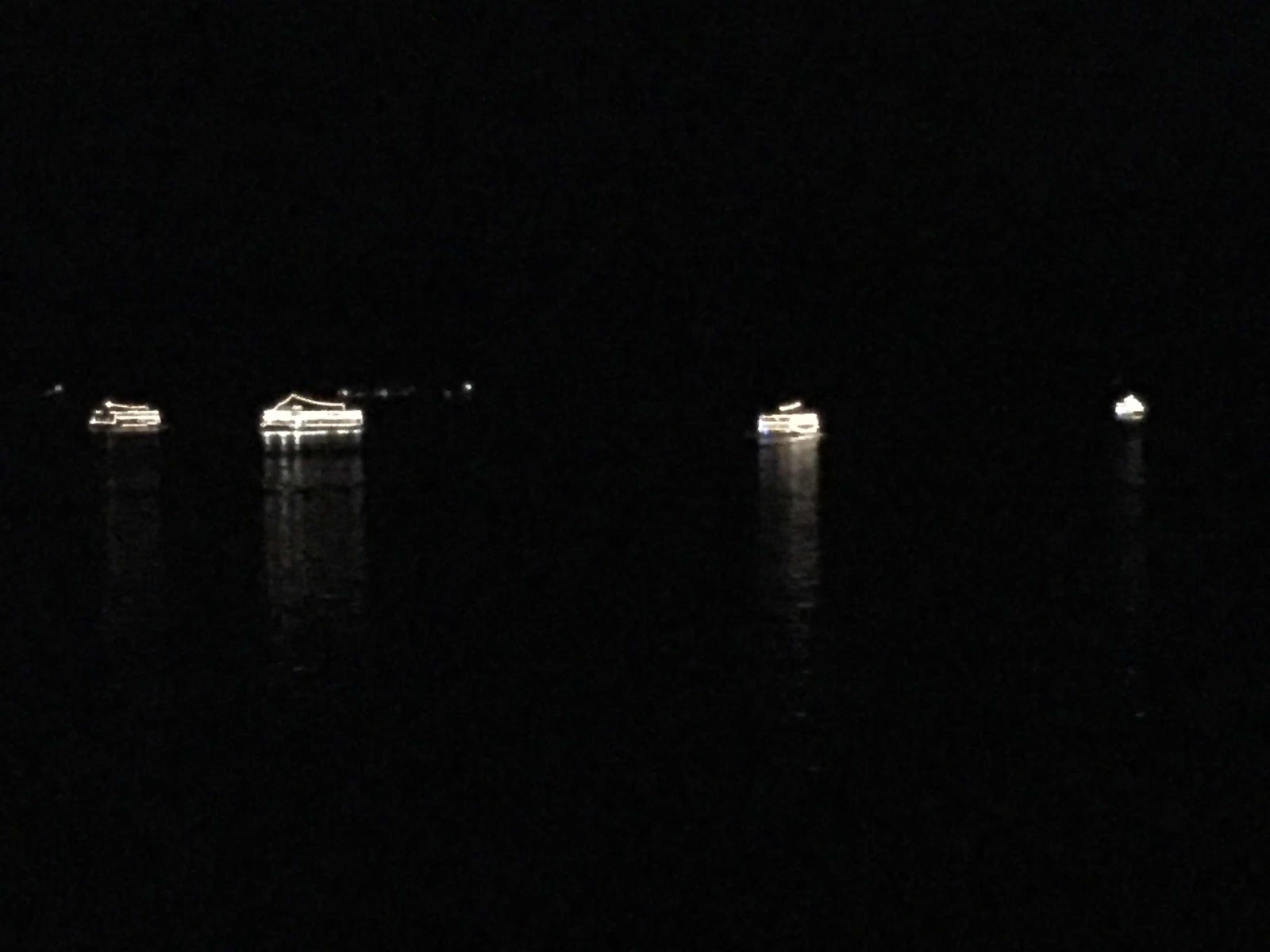 This one was taken while standing on dry ground so it’s much less blurry. Doesn’t that look elegant?  There is something about pure white lights that I just love. 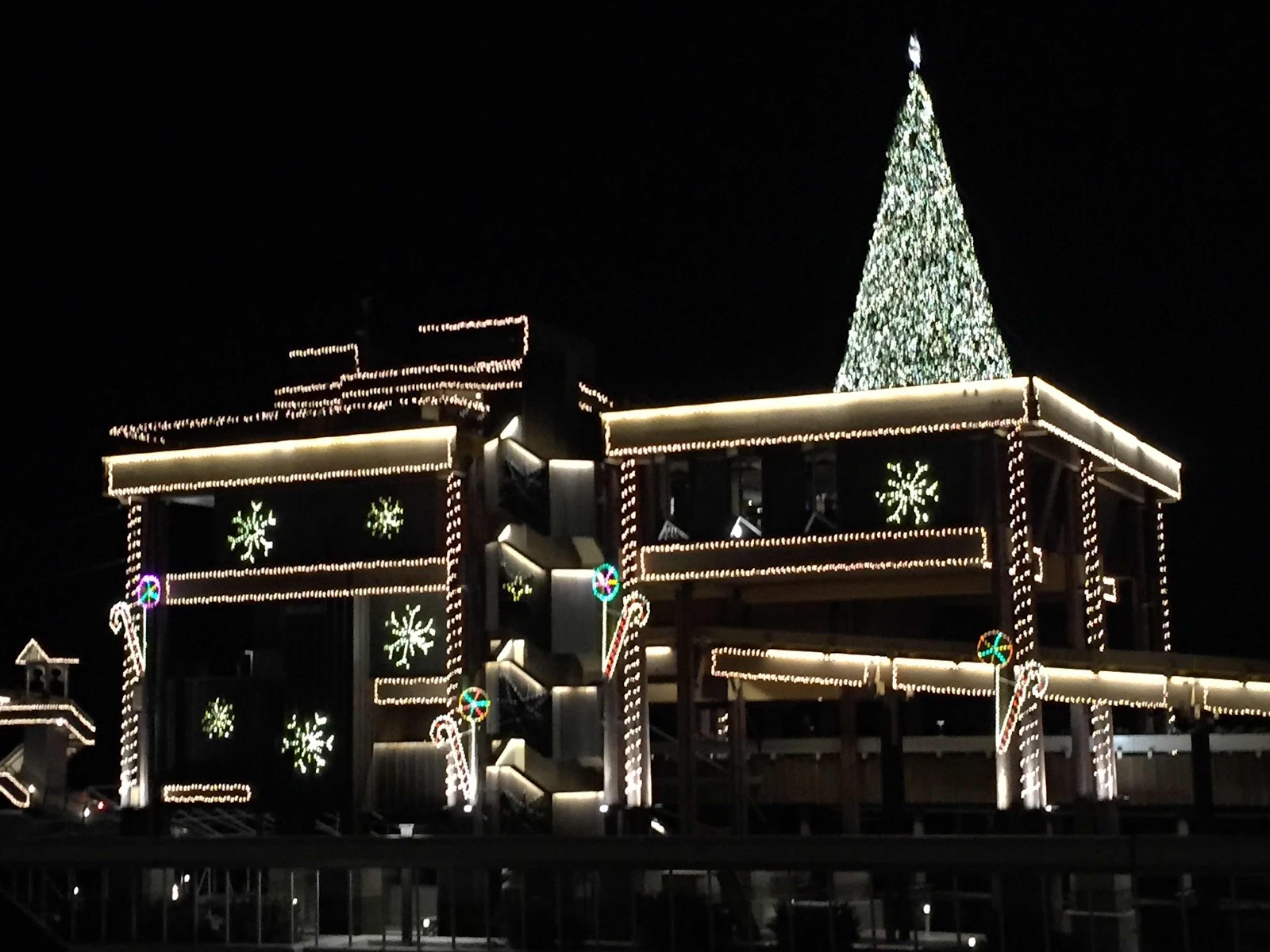 Inside the resort itself are some beautifully decorated trees. 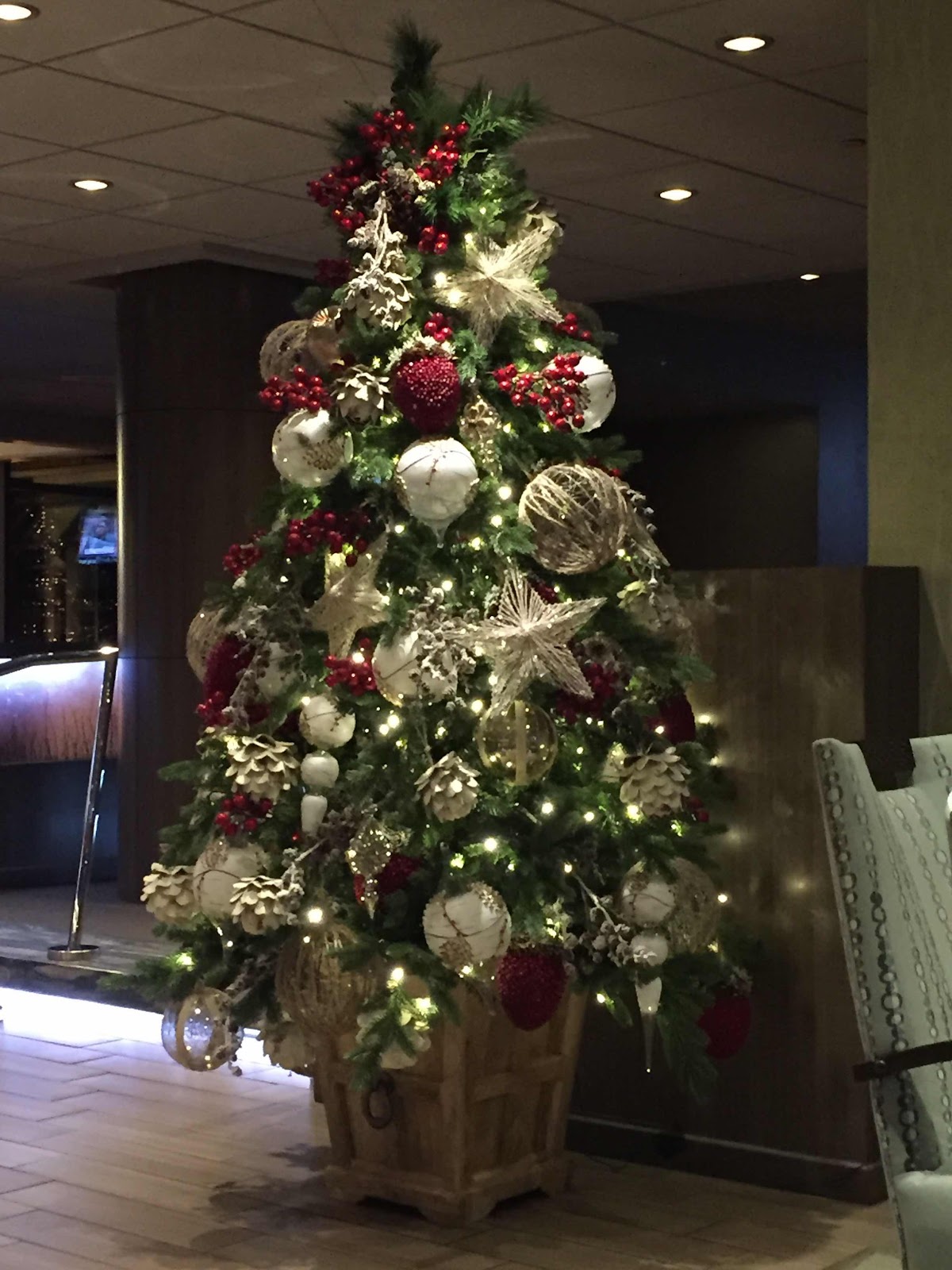 I think this one was my favorite. We sat by the fire in the lobby and warmed up for a little while before venturing back out and heading home. 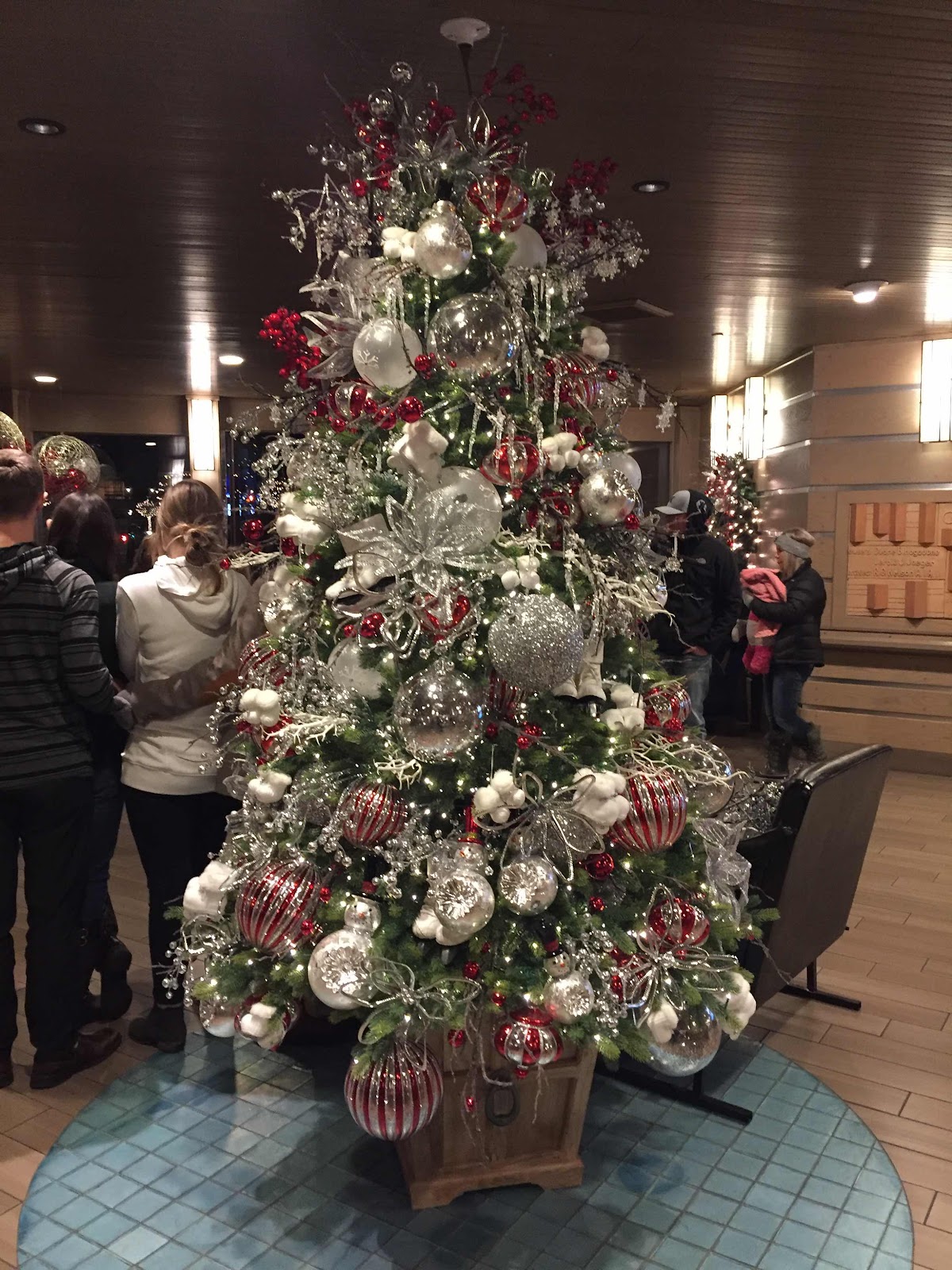 We did make one last stop at the last exit before leaving Idaho and going back into Washington. We filled our tank with gas!  It is $.34 a gallon cheaper in Idaho than in Washington. Our taxes are so high! Whenever we go to Idaho we make sure to top off our tanks.
The next photo is to me, one of our most precious decorations.  I hand painted this nativity scene for the first Christmas Dennis and I were married in 1978. It has been through raising our children and and an in-home daycare that I had for years, along with many pets. Nothing has ever been broken and I think that is a miracle in itself. Especially having had several cats in the house!  Each year when I set this nativity scene up, it reminds me of why we’re actually celebrating Christmas and it calms my spirit.  Someday this will go to Mandy and I know she will treasure it just like I do. 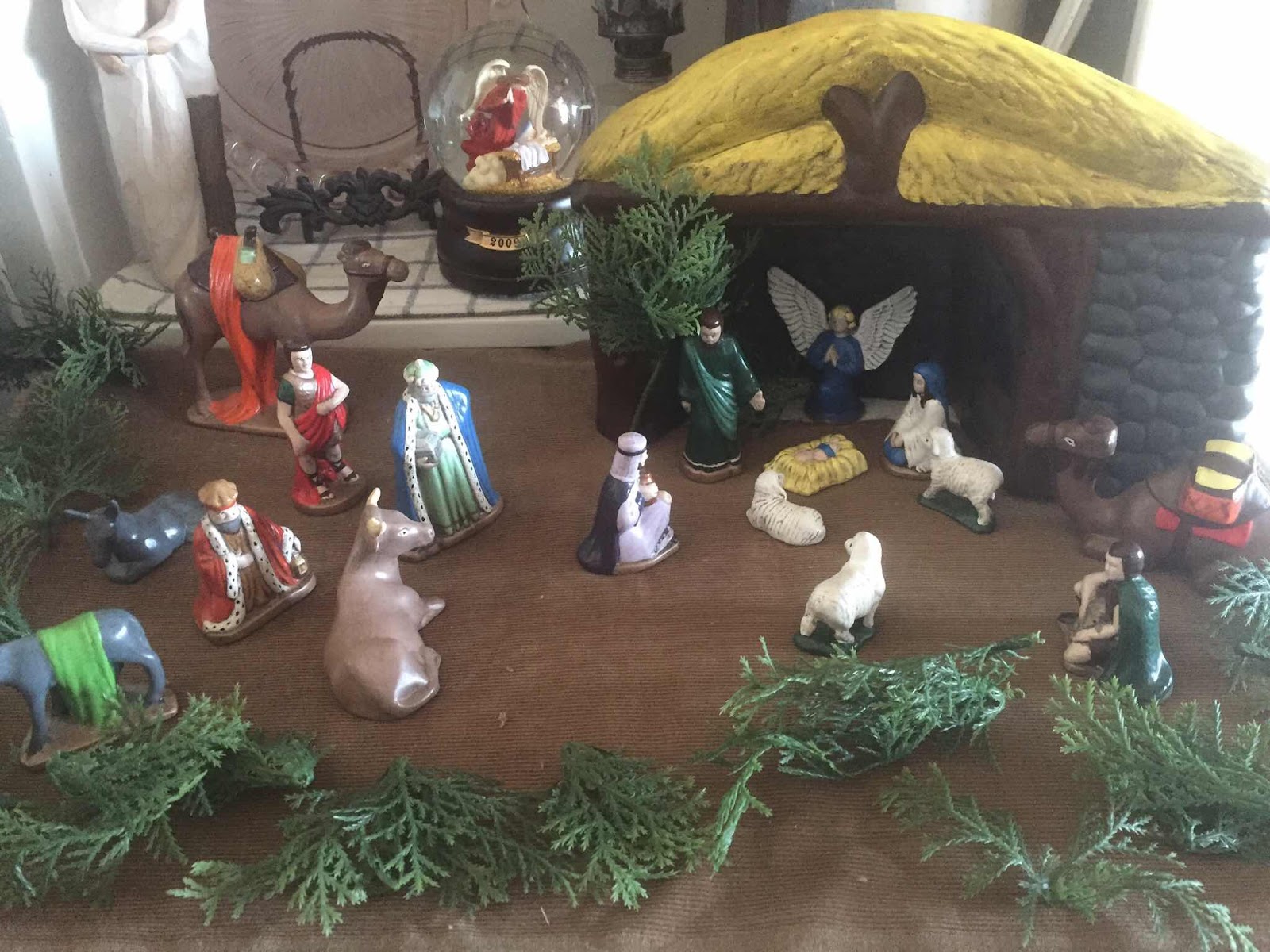 One more week from today and we celebrate Christmas! I hope you are able to slow down and take some deep breath’s and enjoy the season.
“The Word became flesh and made His dwelling among us. We have seen His glory, the glory of the one and only Son, who came from the Father, full of grace and truth.”  John 1:14
Blessings,
Betsy