Boy howdy, we sure had a stormy night last night. Tornado warnings all around us and lots and lots of rain. We have had so much rain this year that so far everything is very green. I wish we could share the bounty with the drought stricken areas.
Dennis wanted to mow this morning because it’s the only day for the next 10 days we’re not predicted to be in the upper 90s and over 100. Everything is so wet though, I don’t know if he’ll be able to get it done.
Last night we went to see “Top Gun Maverick” with Curt and Barb. We went on our first date with them almost 44 years ago! I highly recommend the movie if you enjoyed the first To Gun. It was excellent. I usually don’t care for movies when they try to re-create the parts of the actors years later, but this was done very, very well. The flying and dog fights in the air were nail-biting.
I finished my “Monkey Socks” and kitchenered the toes about midnight last night. These will actually be for me. I used Knit Picks Hawthorne fingering weight yarn in the Willamette colorway. They are actually a bit more purpleish than is showing in this photo. None of my pictures turned out very well this morning because it’s so dark and rainy. I apologize. 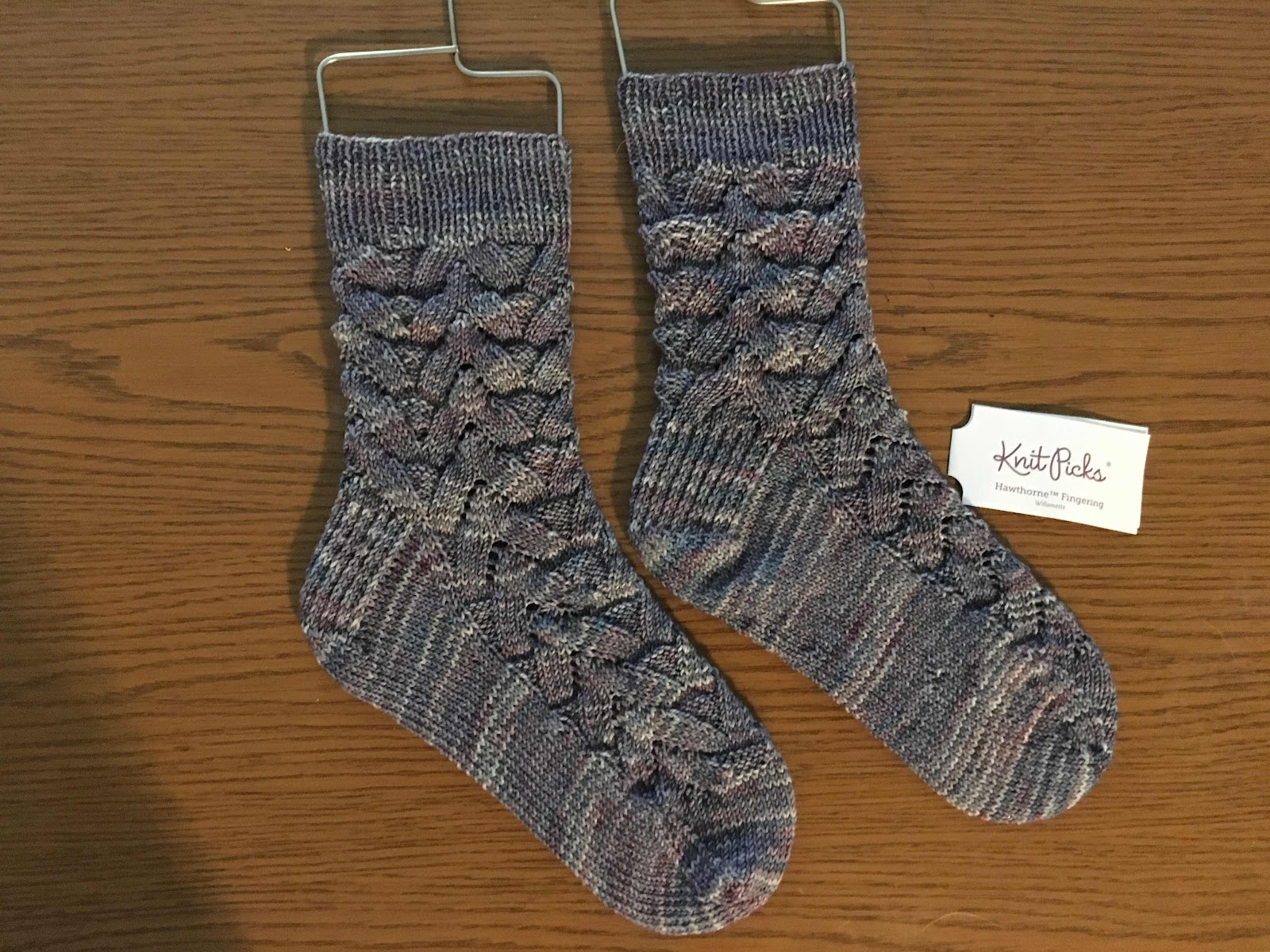 Val, from Wandering Cat Studio, told me there wasn’t much Static yarn left at Knit Picks so I placed a small order. The two skeins on the left are actually green but in the light this morning they are showing blacks and grays. What’s up with that? The skein on the right is very true to its color. I do enjoy knitting with Static. It feels very good in the hands and yet it makes a fairly hard wearing sock. 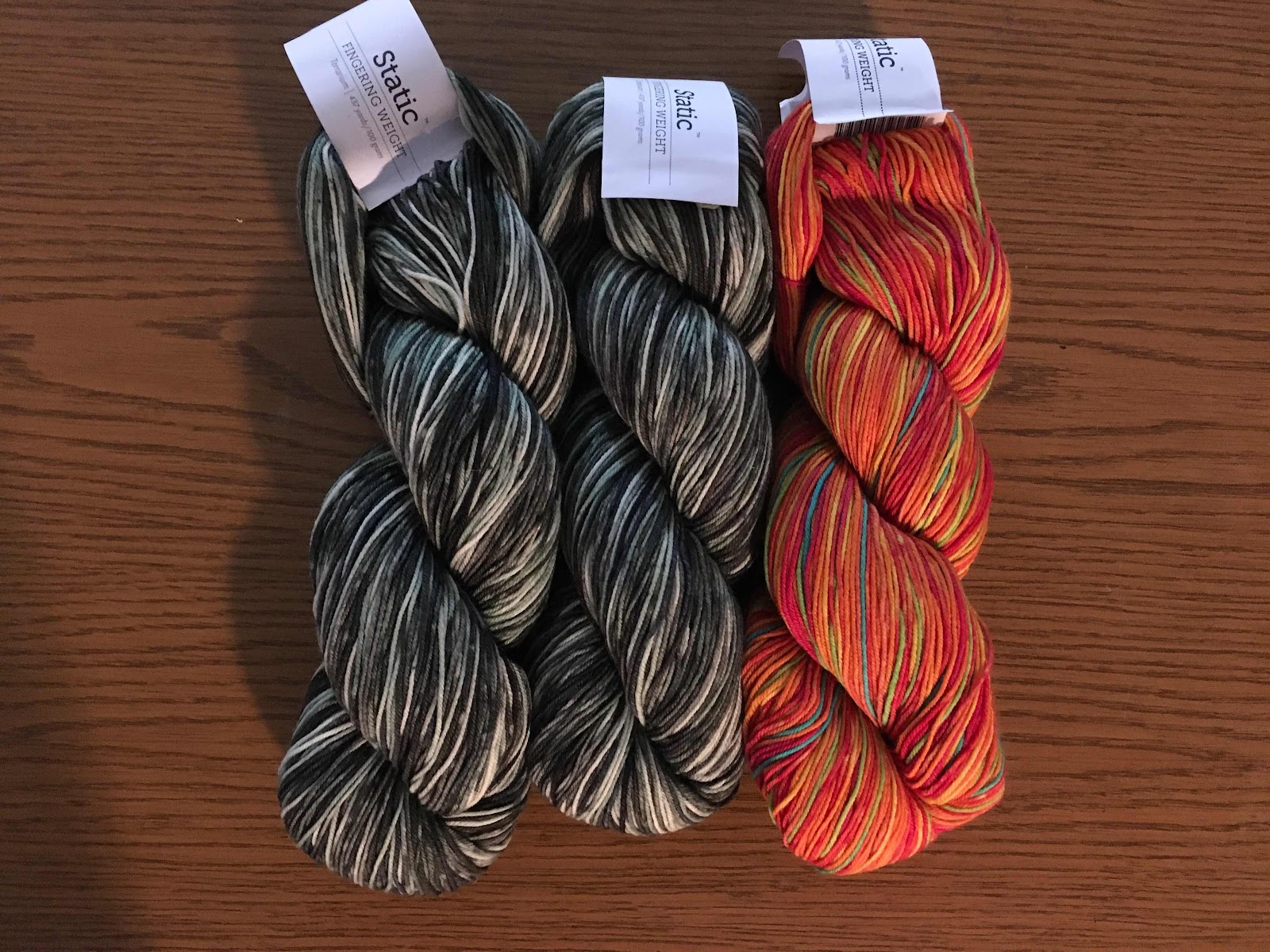 I was reading online about the clearance sale at Hobby Lobby, so while dropping some things off at Mandy‘s house, we decided to take a peek and see what they had. Hobby Lobby is very close to their house. This is what I came home with. I was very, very pleased. When I added the prices up, the original price for all of this yarn was $158.80 and I only paid $39.56. I think that was quite a bargain. I got lots of Kroy sock yarn and various other skeins. Dennis is quite the enabler. 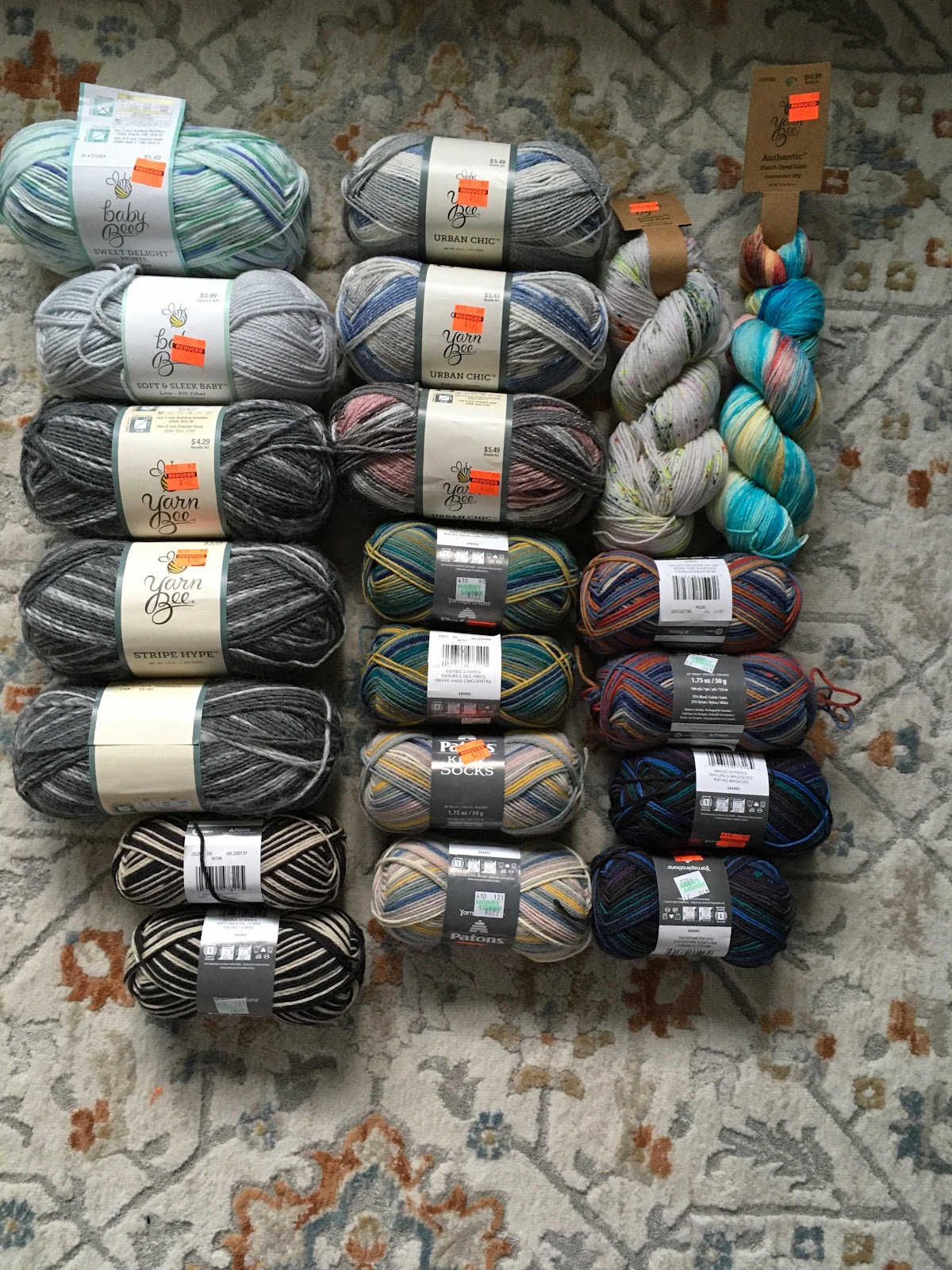 I began a new blanket for the end of our bed. I made one years and years ago and it has developed a rather large hole, courtesy of the puppies. 😍 In all honesty, there was already a small thin spot because it was so old and the babies just found the weakest link and made it bigger!  I began this very late last night and only finished three rows. Here it is in my lap. Zoey is sleeping under the blue blanket! 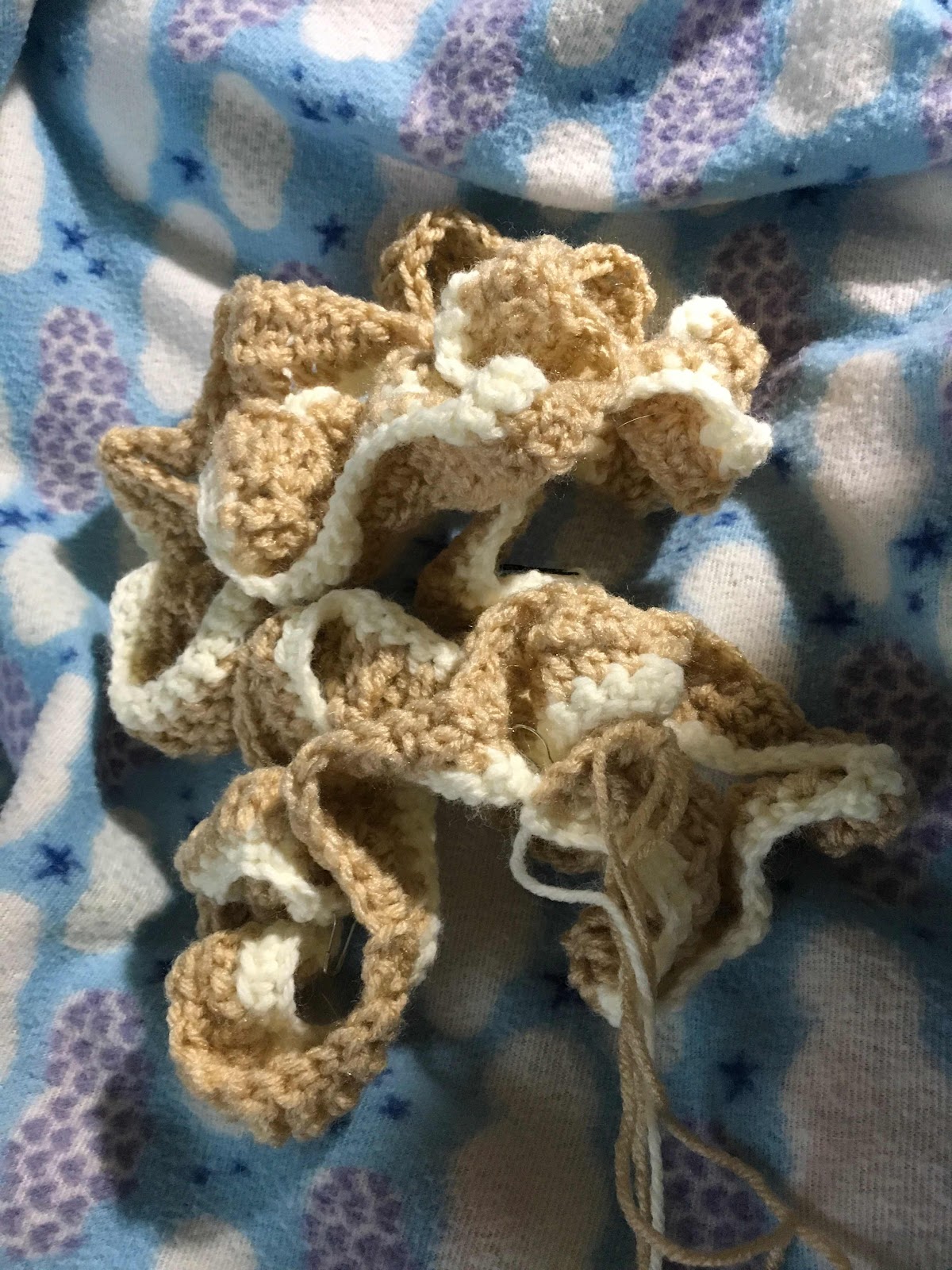 Here is a little section straightened out so you can get an idea of what the pattern is. 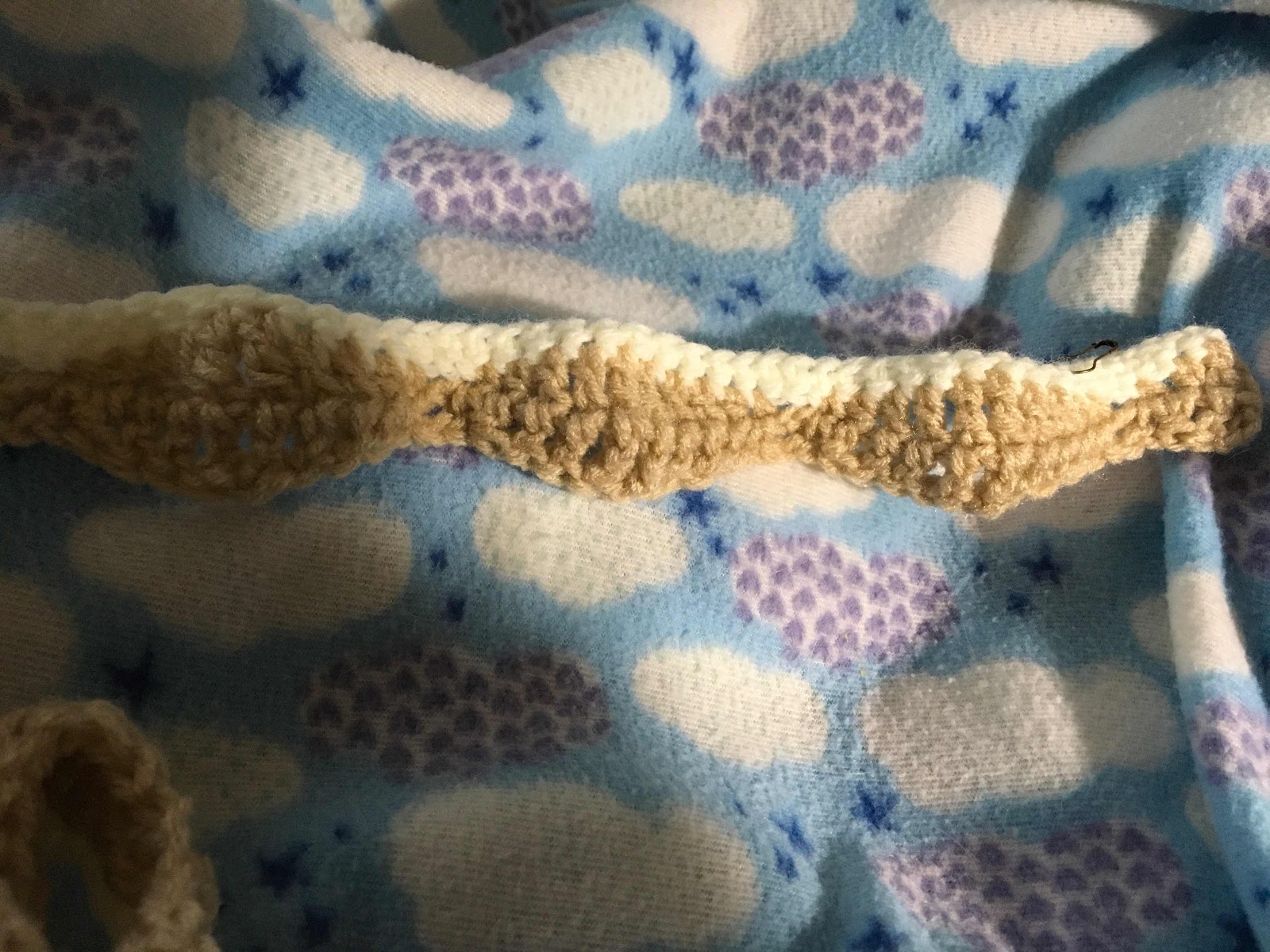 Based on the prices at the grocery stores these days, I thought maybe this chart would come in handy for some of you. I know a lot of people think things need to be thrown out by the date on the item, but that’s not true. Many things can be saved and eaten long afterwards. 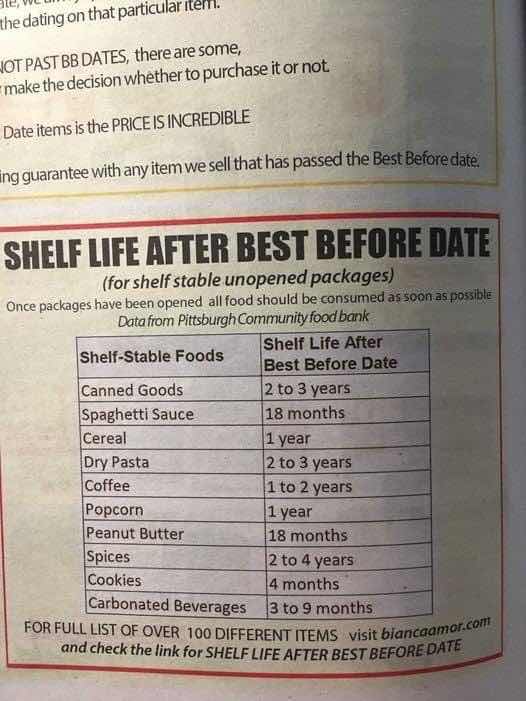 Dennis picked Brad, Mandy and Piper up at the airport Saturday night in the middle of a thunderstorm. They had tested in London on Friday before leaving, as required to get back into the US. All three were negative. By the time their flight landed in Omaha, Mandy had 103F temperature. Monday morning, both she and Piper tested positive for Covid. Brad had his booster just three weeks before they left home, so we’re hoping that will protect him. We have dropped some things off for them in the front door without being near either one, except through the window to wave. They both have bad coughs and just plain aren’t feeling well. I would appreciate prayers for both Mandy and Piper if you would. So far Alex and his little family are doing fine. I was worried about the baby getting it because Piper was so good about taking care of her while they were visiting, but so far so good. We all managed to avoid this plague for so long. Mandy even worked with Covid patients. And now they get it.🤷‍♀️
I hope you are all well and surviving the wacky weather that has been hitting for the past several months. Take care of yourselves. From the sounds of it, it wouldn’t hurt to buy some extra food and anything else you might need. 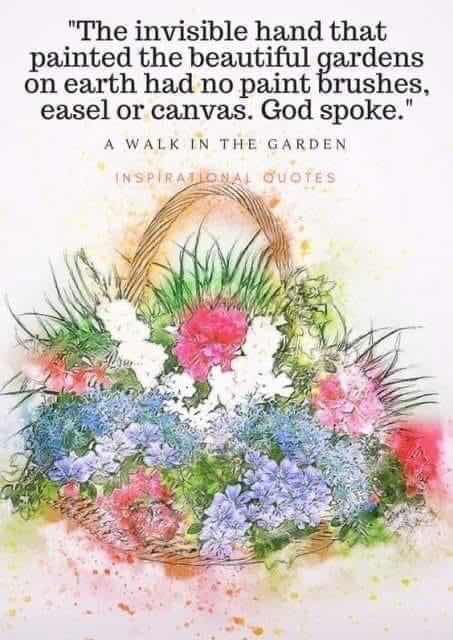