Happy Thursday evening everyone. On Tuesday I had an appointment to meet my new primary care doctor. We have to get set up with doctors quickly so our prescriptions don’t have any lapses. He is a very nice man who seems young enough to be my son. It’s crazy and I’m not sure when that age switch happened! I used to always be younger than my doctors. Ha! After my appointment, I picked Piper up after school and we went yarn shopping. So fun!  She has been wanting me to make her a teal blanket and I promised her that I would take her to pick out yarn when I got to Omaha. Here is the start of her blanket. I have it folded over on itself as it’s big enough for a full size bed. I’m just using a simple crochet shell stitch and a size J hook.  It was just started it this afternoon so there’s not much to show yet. 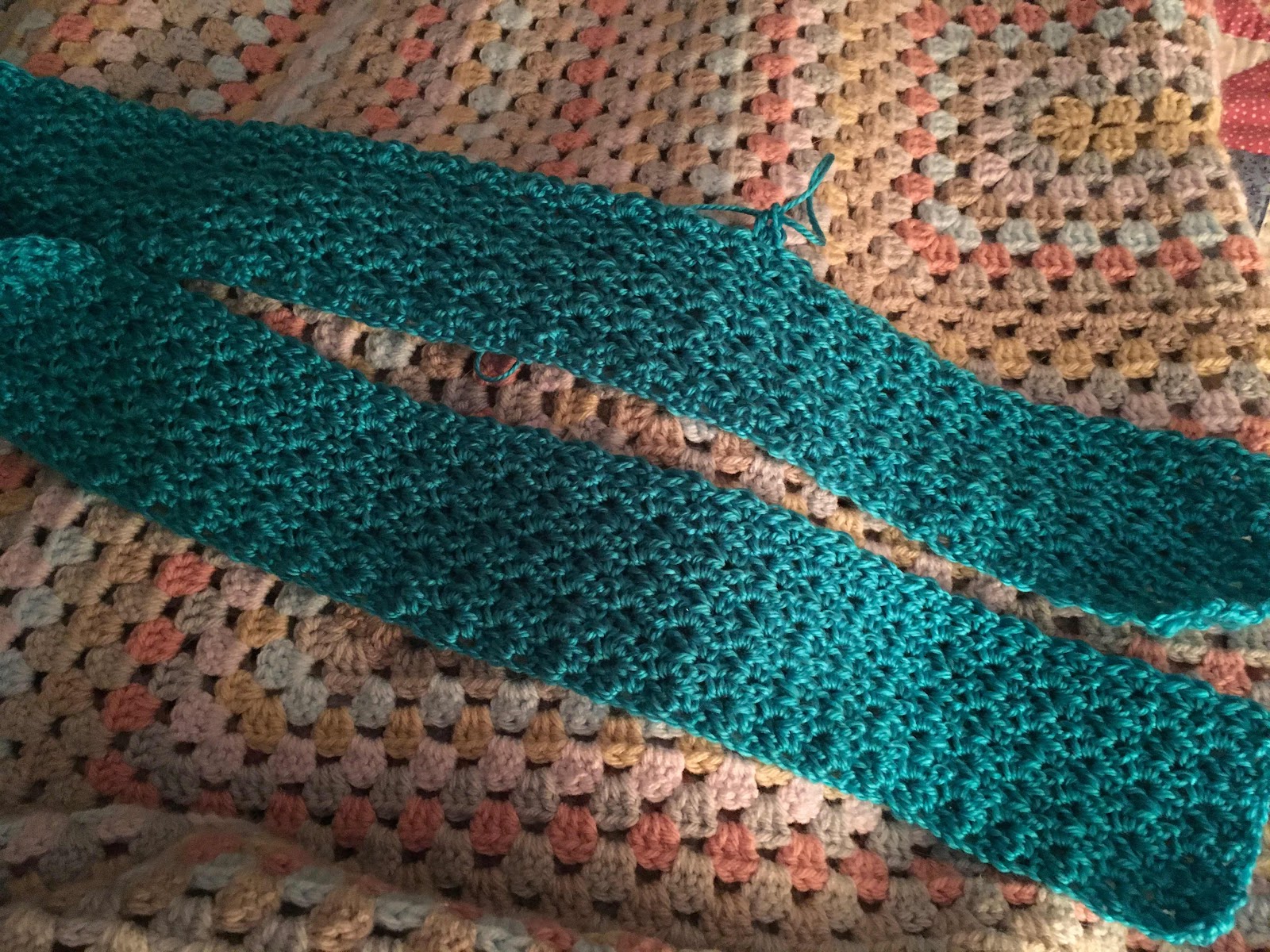 I found this picture on a face book group that I’m in. I’m not sure who made it, but I saved the photo because I love the looks of this baby blanket. It looks so delicate and sweet. I think it will be one of my first projects after I complete Piper‘s blanket.  The yarn almost looks like cotton in the photo, but I think I would probably use baby yarn to make it. 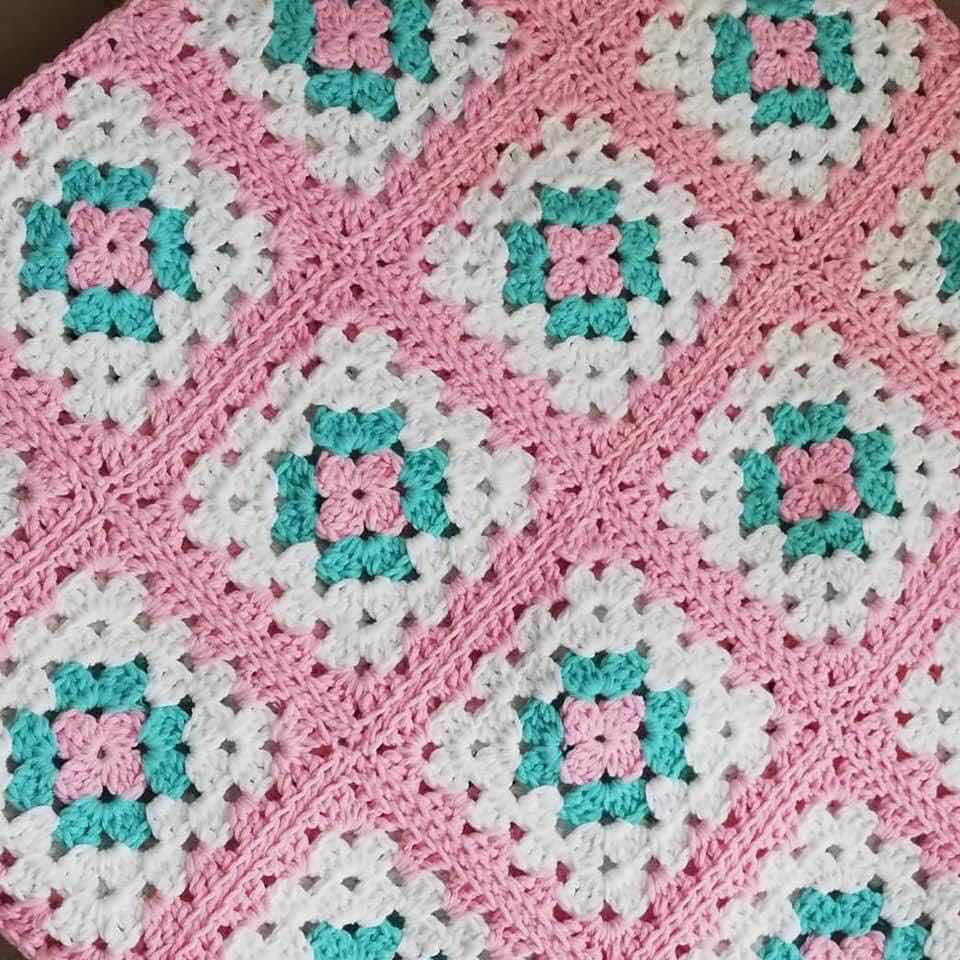 This desk came with the house and although it is a very nice desk, it won’t work for what Dennis needs. He has two 21 inch monitors, along with a lot of manuals and other paraphernalia that he needs for his job. They will never fit on this desk. I briefly thought of moving it down to my craft area, but there’s not room for it there either. I’m going to try to get it moved down to the garage in the next day or two if I can find some help as it is very, very heavy. Then I will try listing it on Facebook. 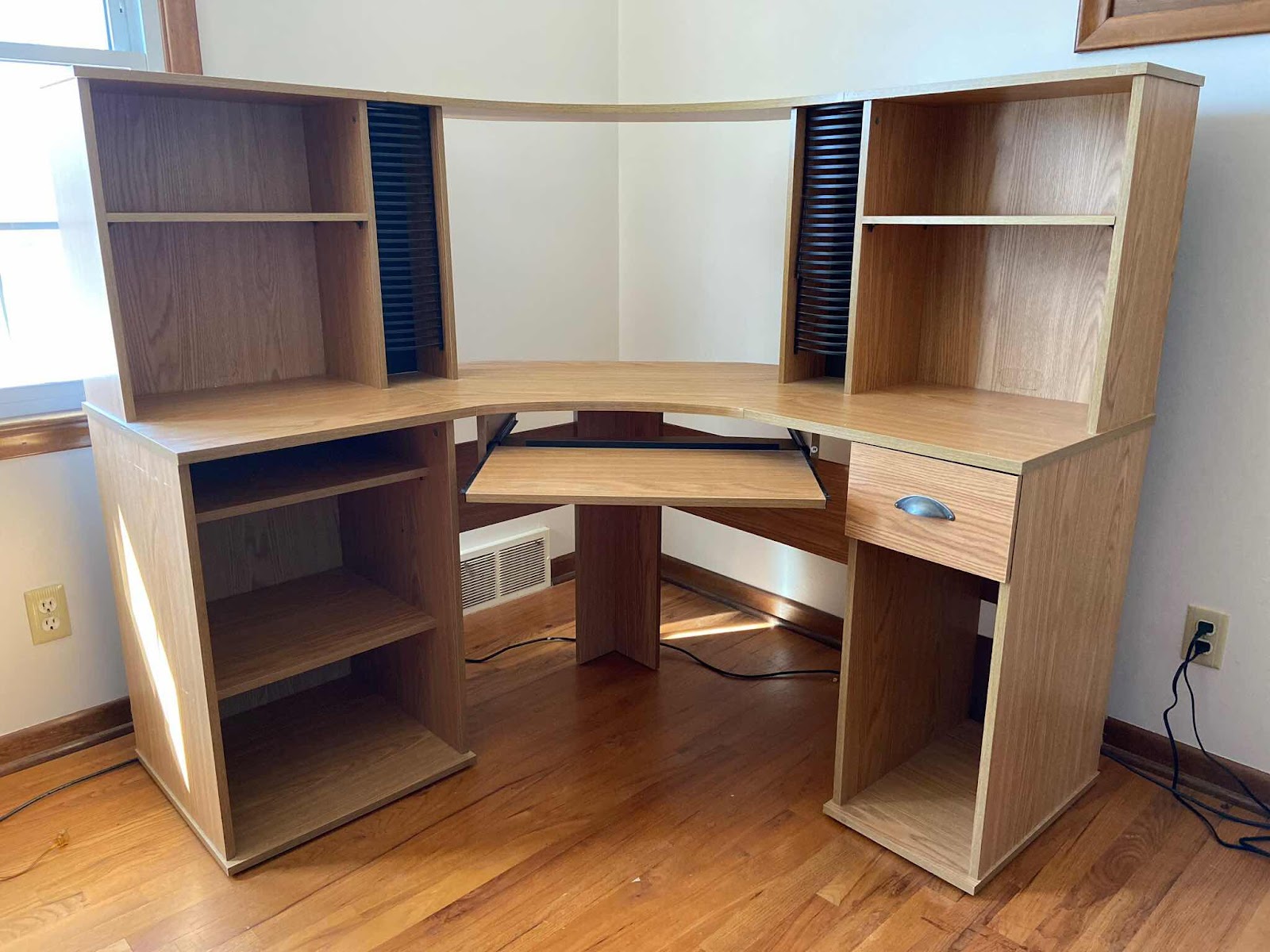 Meanwhile, this is the set up I have ordered for Dennis off of Amazon. Not very expensive or fancy, but hopefully it will give him the room that he needs for working. 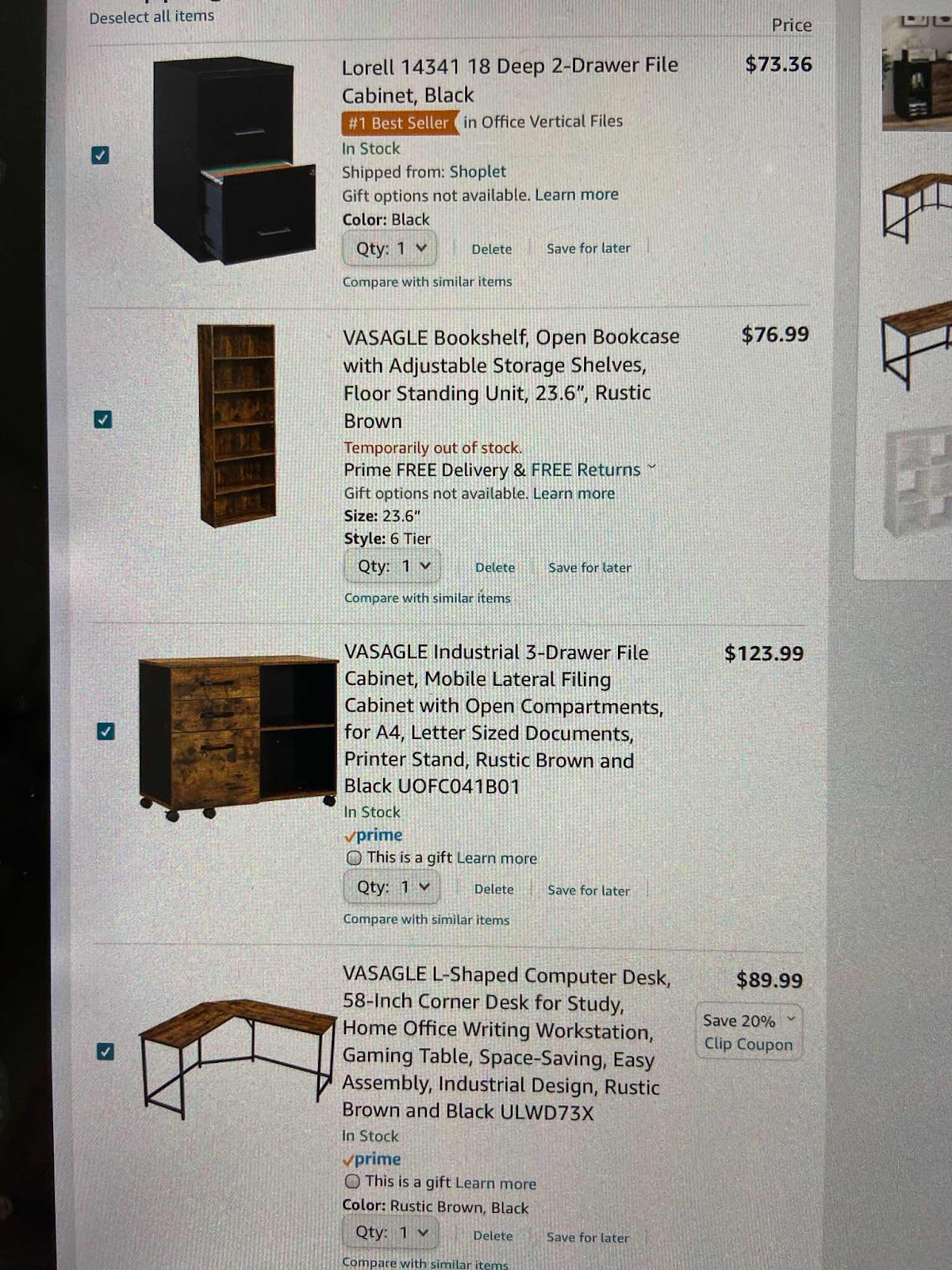 What do you think? Will I be able to put all this together and have it ready for him when he arrives in a couple of weeks? I’m going to do my best!
The plumbers were out yesterday and put in the shut off valve for the gas dryer, so the installers are supposed to be back tomorrow early afternoon to install both the new washer and dryer and haul away the old ones. I’m ridiculously excited to once again have a working washer and dryer.
The contractor is also coming out tomorrow afternoon to give me an estimate or at least get the information in order to give me an estimate on making some changes in the main bathroom. Instead of a whole new tub, I’m hoping he can just do that electrostatic painting thing to the green tub that’s there, as well as putting in a shower. The two sinks have a lot of rust on them that I have not been able to remove, so I’m hoping he can just put a new countertop with two new sinks on the existing cabinet. We are also going to replace both toilets. I will see what he would charge for it as opposed to Dennis having to do it in the short time he’s here in May.

Mom had some major issues with her eyes while she was in the hospital. We aren’t really sure how it had to do with the vaccination or the infection she had, but the hospital seemed to think it was related.  I took her to the eye doctor today for a check. She is blind in one eye from a stroke that she had years ago, so it’s very important that her remaining eye is kept as healthy as possible. She loves to read and it would be terrible for her if she lost her eyesight in that eye. It was a pleasant surprise to find that it is looking very healthy all things considered. She goes back in two months for another check.

I have truly enjoyed the time I’ve been able to spend with her since I arrived in Omaha. She is much more forgetful than she used to be, but then again, so am I!

I went to the Wednesday evening Bible study at church last night with my sister and I really enjoyed it. Meeting new people and renewing old friendships is wonderful.
Dennis has been busy packing up boxes in the RV and taking things to our storage unit so we can list the RV for sale. We have decided that we really don’t want to pull anything quite that big even if we are able to travel in the near future. We don’t want to just put it in storage and have it sit there unused, so we’ve decided to sell it for now and if we are able to travel we will try to find something else a bit smaller since we won’t be living in it.
I hope that you have all had a good week and are remaining healthy. Thank you so much for being patient with me as I’ve been very sporadic in commenting on your blogs for the last couple of weeks. I have been trying to do better the past few days and I very much missed visiting with you all. We have Internet installed and I think we’re good to go now. 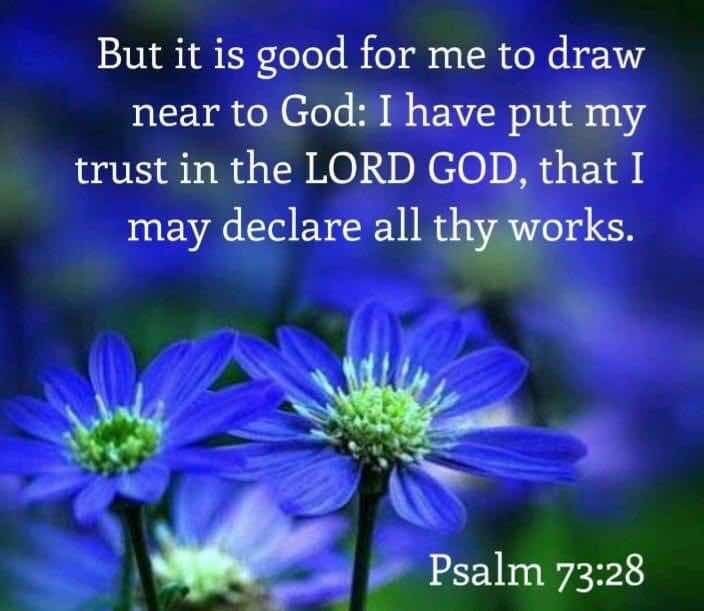