The last four days have been interesting to say the least.  But more on that later. First I have some fun things to share with you.  Following are several photos of birthday cards I have received in the last two weeks or so. I took the photos and forgot to show them to you in my last post.  Since then I have received one or two more!
Isn’t this first one pretty? The colors are much more vibrant on all of these photos than is showing up. It is such grey, cold and snowy weather that we’re having right now. 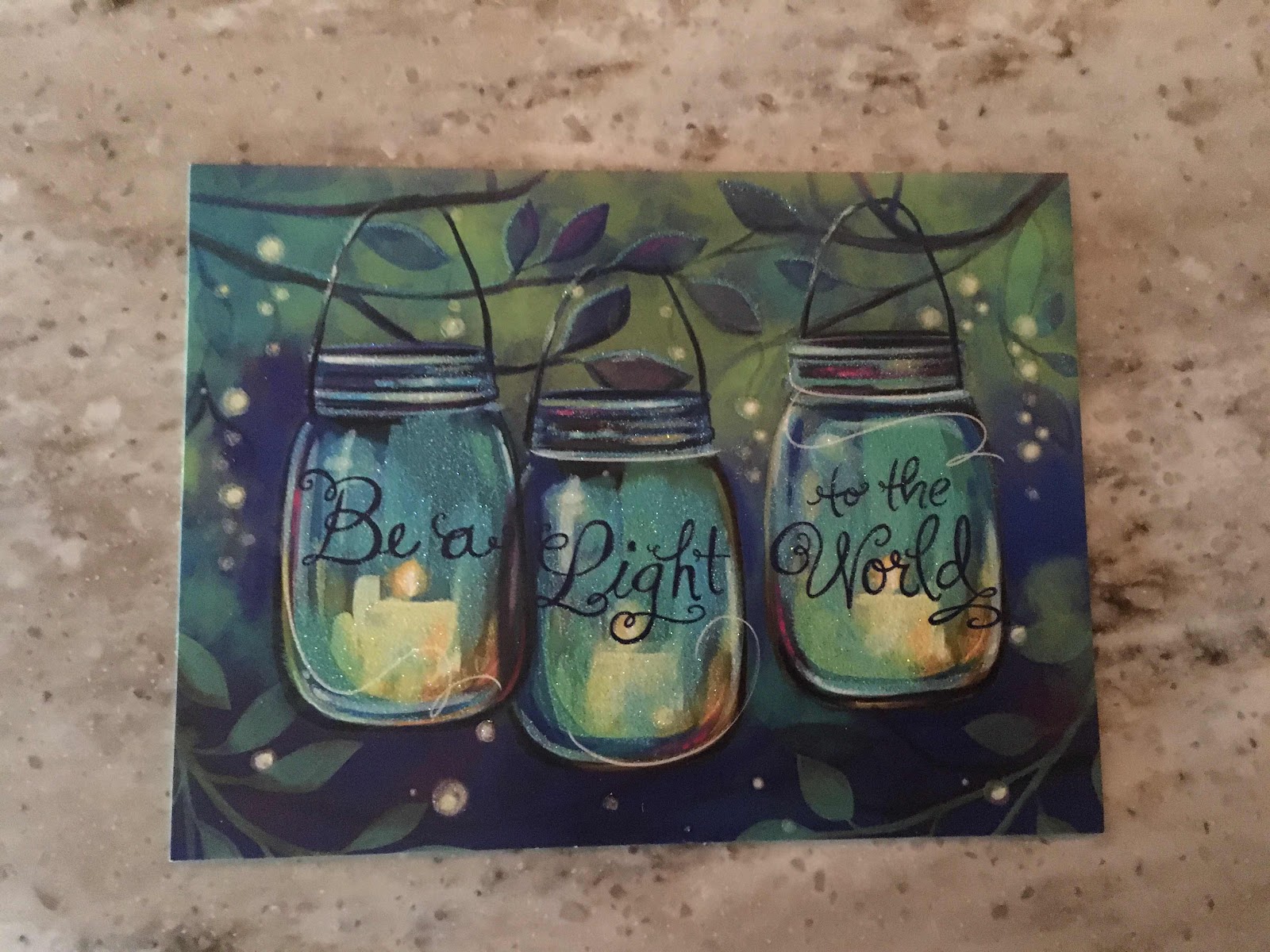 And of course Piper drew me pretty purple flowers because that is my favorite color and she knows it! 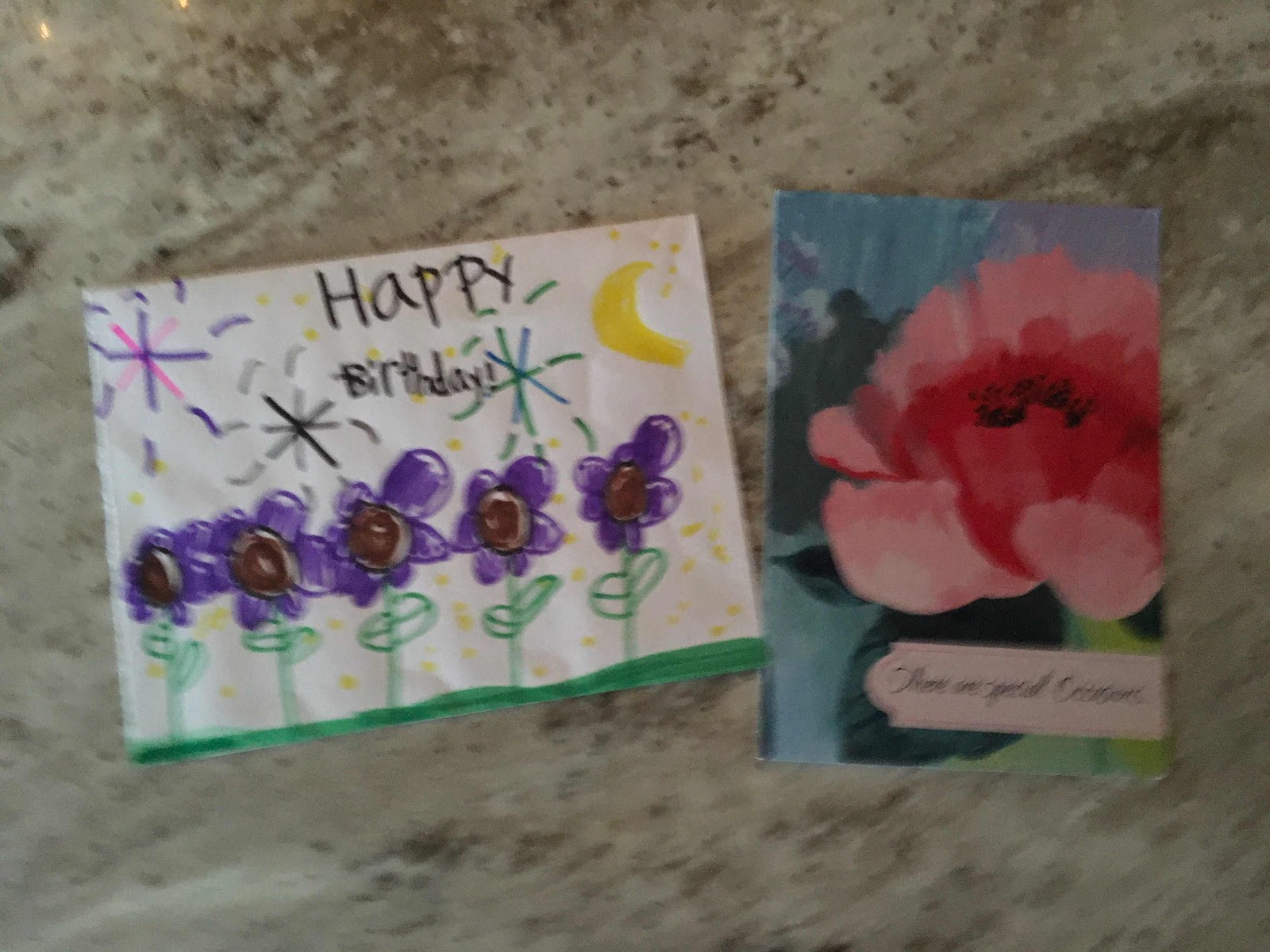 Look at these beautiful cards that I received from friends. Even from some of you! 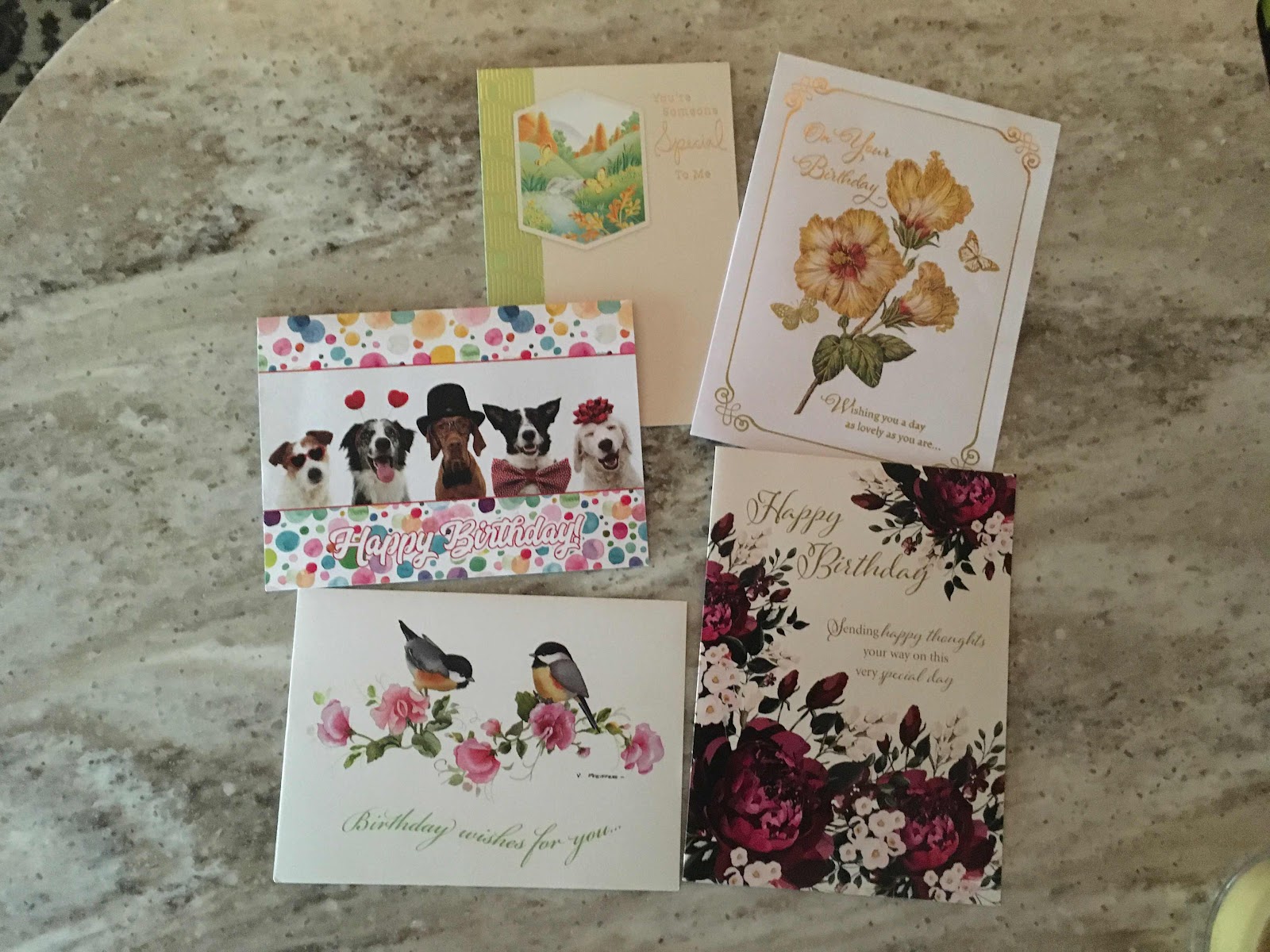 This one came from Becky who is “GrandmaBeckyL” on my side bar. She sent me tea in a pretty little bag along with some stickers. The photo on the card is one that she took herself. 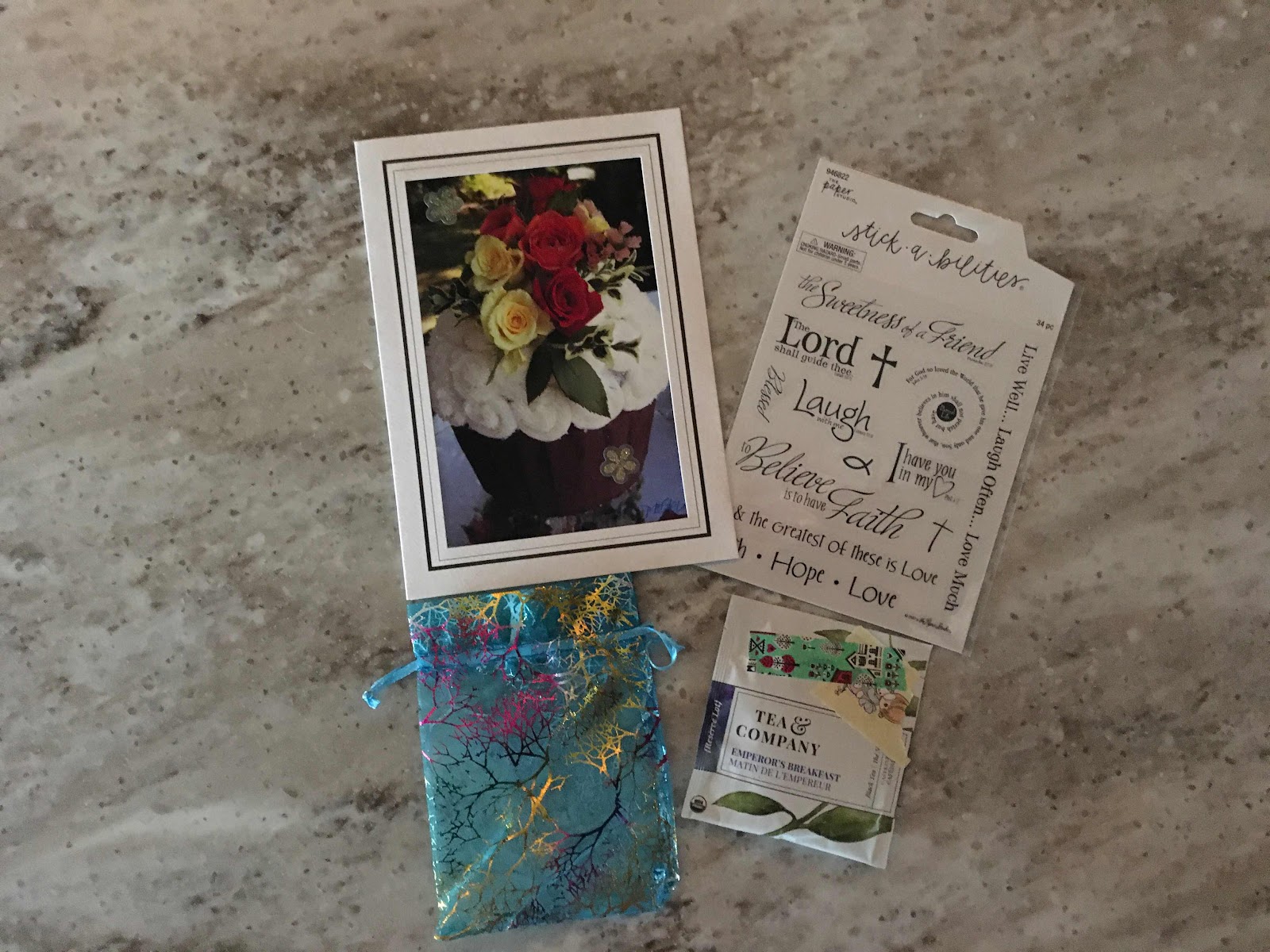 Connie from “Far Side Of Fifty”sent me this beautiful card that she drew herself. The snow has glitter on it!  It is so beautiful! I love red barns. The windmill and the weathervane remind me of the farms near my grandmas house in  Southeast Nebraska when I was growing up. 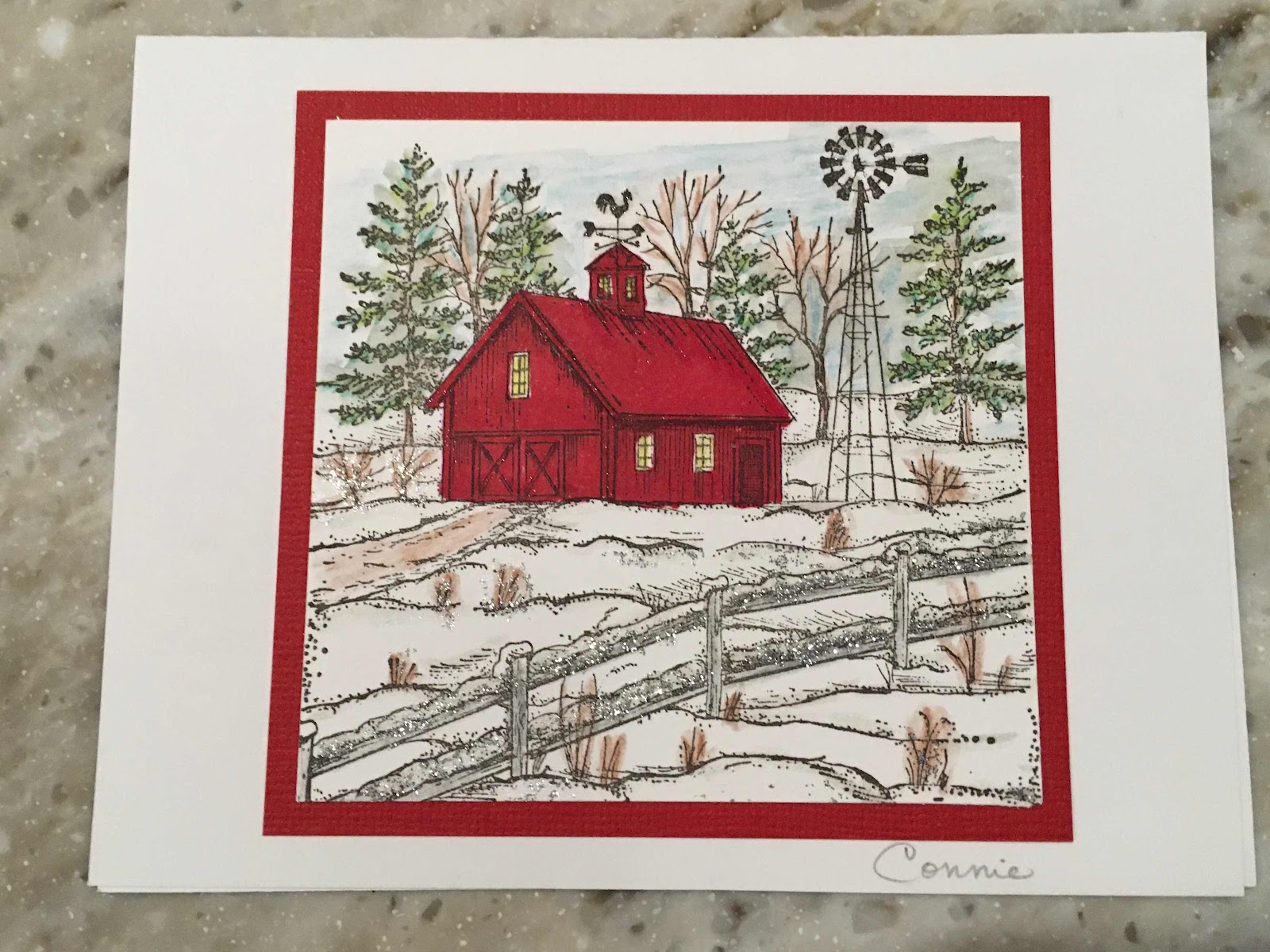 This beautiful Valentine arrived yesterday from Roxy who is “livingfromglorytoglory” on my sidebar. I apologize for the strange angle on this picture but I couldn’t get the glare off of it from the overhead lights and it is just way too dark to even begin to get the beautiful colors without the light on. 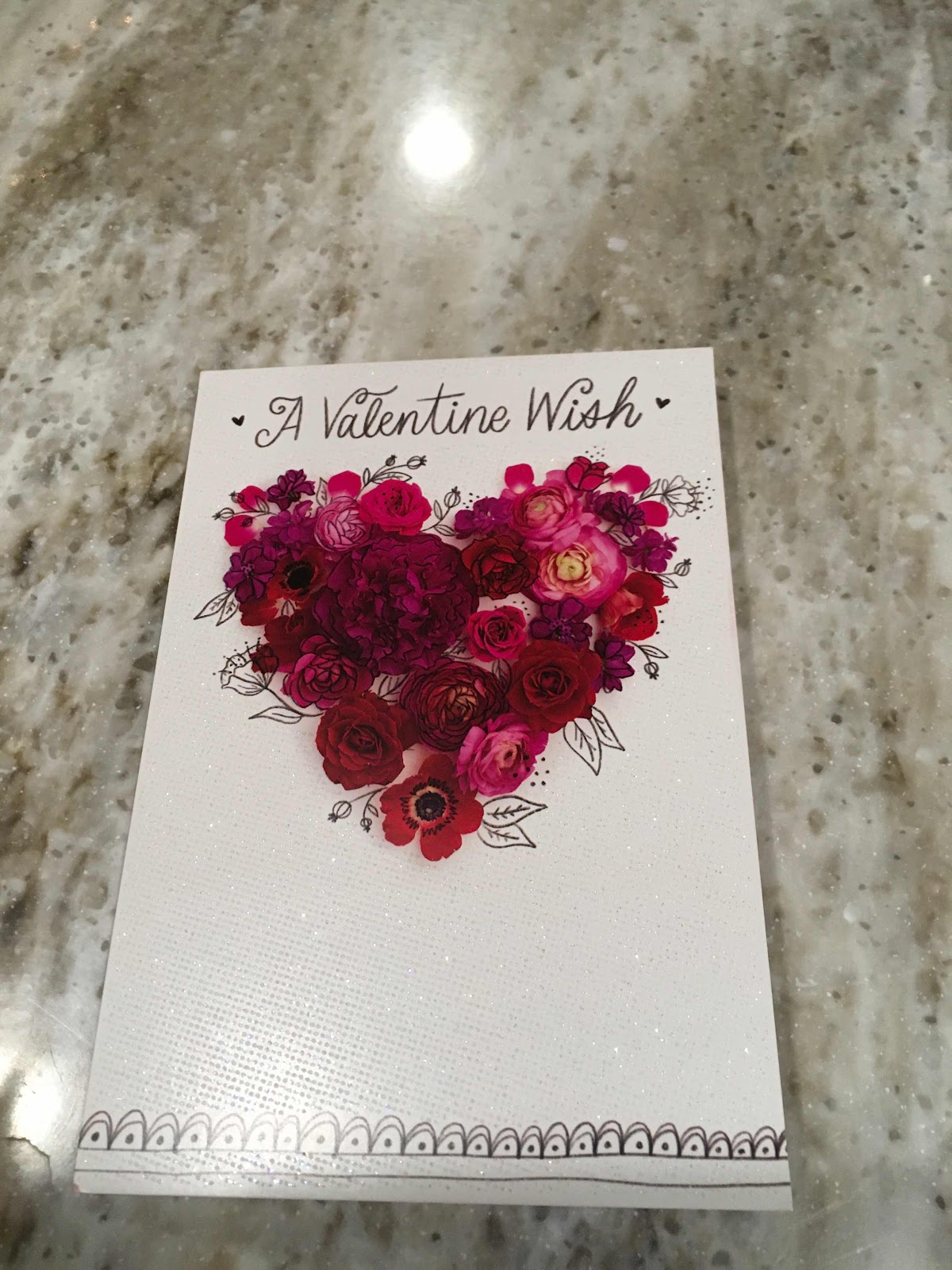 I did finish the first Christmas gift for this year.  My goal is to knit 12 pairs of socks this year.  These are the Petty Harbour sock pattern, made with Lion Brand Wool-ease in the taffy colorway.  I believe the pattern is still free on Ravelry.  I haven’t washed or blocked them yet. 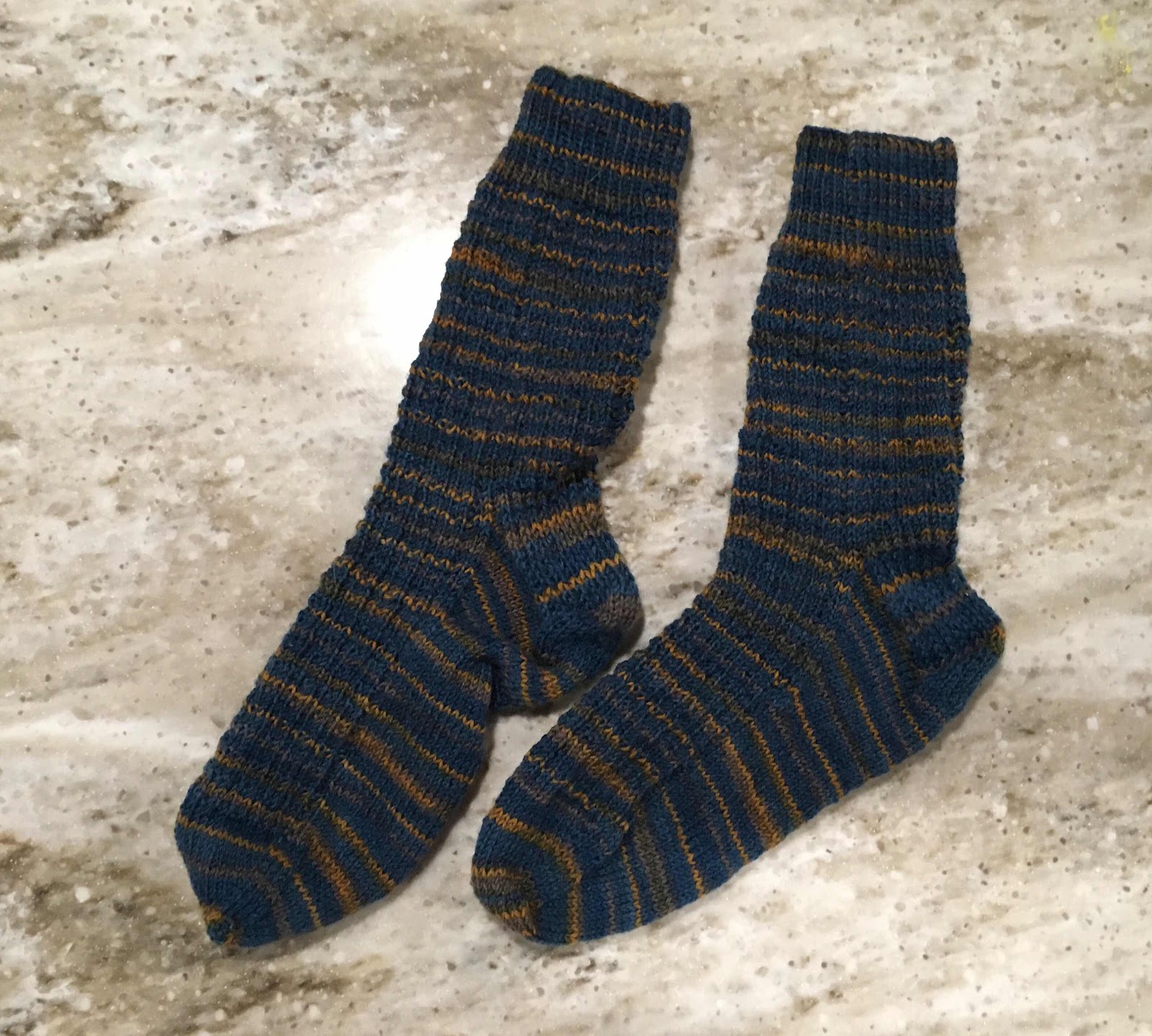 I also made two pair of mittens this weekend with a 5th mitten on the needles! These are made with Loops and Threads Impeccable yarn. It is actually more of a coral color than is showing up in the photo. The color name is Arbor Rose with plain white for the stripes. 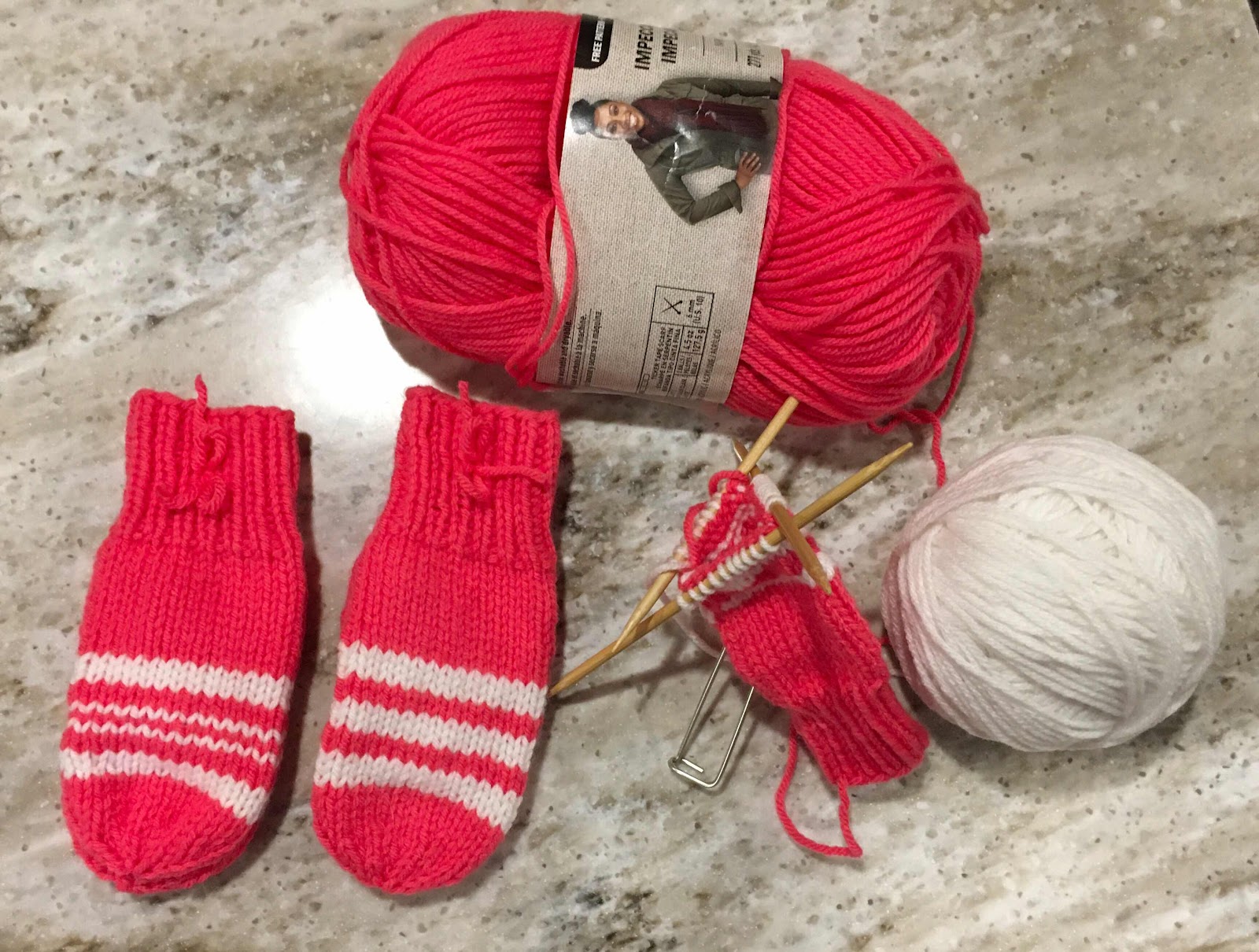 Now for the story of our weekend. Thursday night I washed dishes after dinner as usual and Dennis went to bed at close to 10:00 after we FaceTimed with Alex for a while. I got ready for bed at 11:15 and we had no running water. Uh Oh! It had been working when Dennis went to bed, but an hour later, no water. Our first thought was possibly that our pipes had frozen in this extreme cold. However, Dennis got up and dressed and went out and discovered the parks water spigot was frozen from the ground up, which had in turn frozen our heated water hose completely. The heat tape on the spigot had blown the circuit breaker and tripped the GFI outlet. There was nothing to do except go to bed since we could not get it to reset and everything was frozen solid!
Friday we borrowed some 5 gallon water jugs from our camping buddies Lori and Paul and filled them up at their house. I talked to the park office and they said the maintenance man is in Mexico on vacation until after Tuesday so we needed to “deal with it” in her words. So deal with it we did. Dennis was able to get a little bit of water into our fresh water holding tank, but then the pump he borrowed from Paul quit working. We think it was because it was so cold.  I felt so bad for Dennis. He spent hours out in this cold weather this weekend just trying to get us some running water.
We went to Dennis’s office and took showers on Saturday. This afternoon he strung up a hose to a neighbor across the street who had running water. He is one of the few in the park that still has water coming out of his spigot.  His wife made him fill up their freshwater tank too, because she’s afraid the same thing will happen to them! We were able to fill up our tank, so we should be good for five or six days at least. Dennis will shower when he gets to work in the mornings and I’ll just take quick showers here so I don’t use much water. That will save the rest for washing dishes and flushing the toilet. Honestly, I don’t think people realize just how much water we use on a day-to-day basis without even thinking about it. I will have to use the washing machine in the rec building though. It should be well above freezing by the weekend, so we’re hoping things are back to normal then.
It’s been an adventure. It could be much worse. We have heat, we have food and we are very comfortable. We also have many friends who have offered to let us use showers at their house or even to come stay with them. But we are trying to just look on it as another adventure. It HAS convinced me that I am not a winter, cold, cold winter, RVer. I love my RV, but when it gets below zero wind chill I would rather be in a house. 😍
And that’s our adventure, so far, for this cold front 🌬🌬🌬that is affecting so many people. I know that we could have much worse problems. Many people here in the park have frozen pipes and burst tanks and just plain huge messes! We have been very, very pleased with how comfortable we are in the trailer and the high quality build that we have. Our insulation must be very good, because we’re not using much propane at all and just one space heater in the daytime only. I’m paranoid about not leaving the space heater on at night, so it’s just the propane furnace running all night long.
We are expecting about 6 inches of snow❄️ overnight and during the day tomorrow so we’ll see how that goes. I hope you are all safe, warm and well too. I hope you all had a happy Valentine’s Day, full of love from everyone you know.
The following photo just seems appropriate in this day and age. I wish more people could let go of all of the anger and bitterness they feel and turn it over to the Lord. When we dwell on our anger, it just makes it worse and then bitterness sets in.  Believe me, I know.  I like how this verse calls it unwholesome talk. We may think a few words won’t do any real damage to a relationship or friendship, but it can. Words cut deep. I pray we always think of the other person’s feelings before we say anything we might regret someday.  I love and care for each one of you. 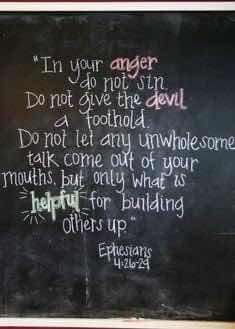