KHello my friends!  Happy Friday!
I finished the doily in the CAL with Pammy Sue over at Scotty's Place (on my sidebar.)  Mine turned out much smaller than most of them at only 16 inches in diameter.  I think it was supposed to be about 21 inches.  I crochet very tightly and I should have known to use a larger size hook.  Oh well, I like the size it turned out anyway.  The pattern wasn't a very easy one to read but once I figured out her writing style it did get easier.  I was tempted to do the entire rip out thing several times though.  :-) 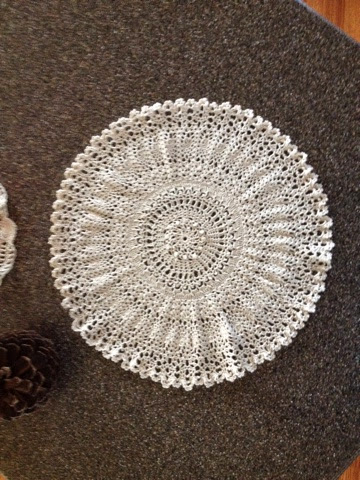 It is pretty though isn't it?  I thought I was doing something wrong because of those ripples but all of the pictures I've seen of the completed CAL projects have the same ripples so that must be the way it's supposed to look. 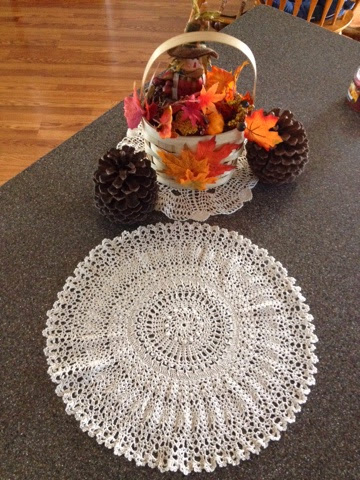 And now some Piper pictures.  Here we were watching "Frozen" on Mandy's iPad.  She had just downloaded it and we were checking it out to see if it worked.  That's Polly cuddling with us. 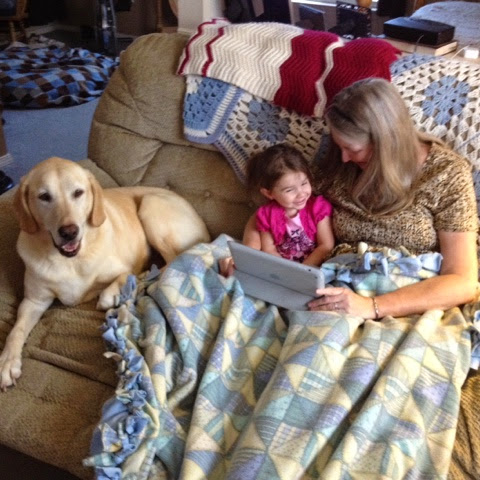 We bought her some headphones on Wednesday so she can watch movies and listen to music on the plane.  Hopefully it will help with the 5 1/2 hour flight.  She's worn them a little bit since she got them so she will be used to them.  Look how serious she is.  :-)  She also loves listening to music on Mandy's Ipod and dances around.  That's hilarious to watch since we can't hear the music that she's dancing and singing to. 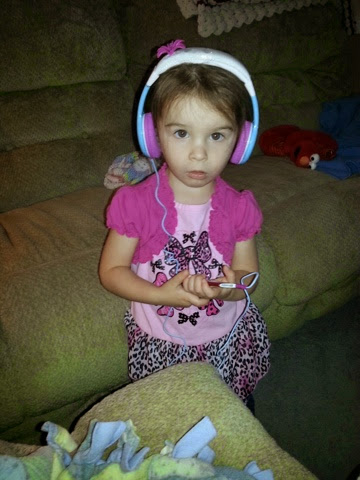 Are you ready for some Piper & Grandma selfies?  I let her push the buttons on my phone camera while we were sitting together reading a book. 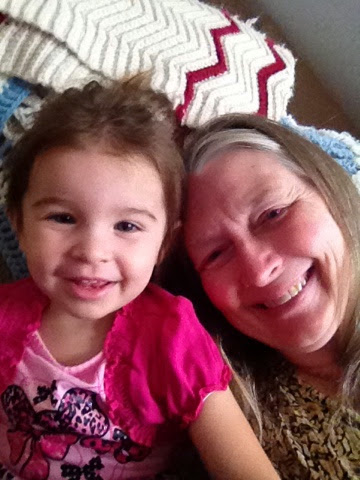 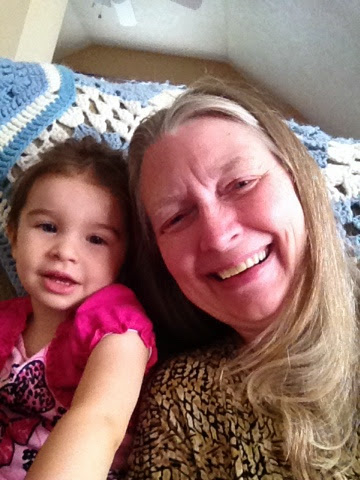 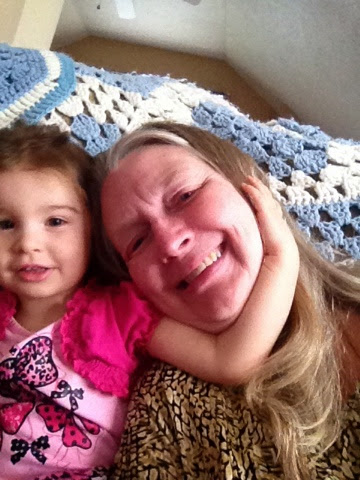 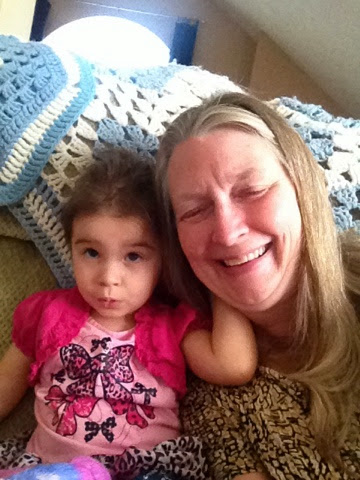 Have I told you enough times just how much this Grandma loves this little girl?  I really don't like these pictures of me at all, but I love how it's obvious she loves me.  She runs up to me and gives me hugs and kisses all the time.  I wake up in the morning hearing her call, "Gama"!  What a sweet sound.
Now I'm making a pair of wristwarmers for Alex for Christmas.  He is a photographer in his spare time and snaps pictures constantly as he's traveling around Japan.  These will allow him to keep his hands warm while keeping his fingers free to take pictures or text!  I'm also going to make a set of wristwarmers and a cowl for his girlfriend. 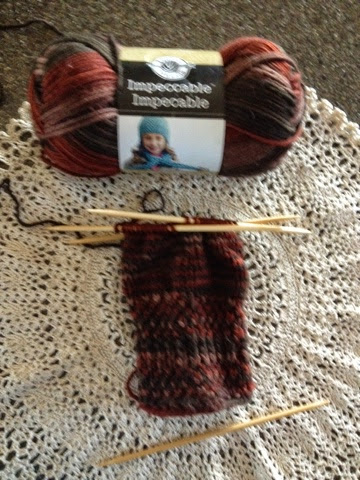 I'm also planning to make Kyleigh and Caleb Wonderful Wallaby sweaters for Christmas but I won't make those until I get back home from D.C.  I should have plenty of time.  (I hope.)
Brad has bought our plane tickets to D.C. so it looks like we'll be leaving the end of October and I'll fly home on the 13th.  I admit to being a bit nervous because of all the things going on around the country and indeed the entire world right now.  However, I also know we can't live in a state of fear and must continue living our lives.  I'm in prayer constantly and if you are a believer I'm sure you are too.
I hope you all have a lovely weekend and I'll be back soon.
"My flesh and my heart may fail, but God is the strength of my heart and my portion forever." Psalm 73:26
Blessings,
Betsy
Posted by Betsy at 2:30:00 PM