Hubby and I arrived home yesterday and when we finally went to bed last night we had been up over 37 hours straight. We have learned though, to try to stay up until close to your normal bedtime when arriving in a different time zone and jet lag doesn't usually hit as bad as it can if you don't get right back to your normal schedule. That being said though, I'm sure both of us will "hit a wall" about 3:30 or 4:00 this afternoon. That always happens for a few days too, so I try to be really productive in the mornings when first arriving home. The strange thing is, it only happens when coming home, never when arriving in our vacation spot. I've been told that it's because of the direction you travel. And now, on to some photos.

Arriving at Narita airport after a one hour flight and 11 1/2 hour flight. I think those airplane seats get closer together on newer planes. My legs were practically at my chest!

The second pictures is our first morning in Tokyo at Maui coffee roasters for breakfast with Alex. Since we didn't get to go to Maui for the past two years, this is as close as we'll get!

The next pictures were at the Edo Museum in Tokyo where we were lucky enough to be there on the last day of the beautiful demonstration of koto playing by these two beautiful girls. The music was magical and made you feel as though you were in another world altogether. This museum has the history of Tokyo during the Edo period and is very interesting. Rickshaws were scattered everywhere we went in Japan. The athletic ability of these young people pulling them was amazing. Young men AND women! 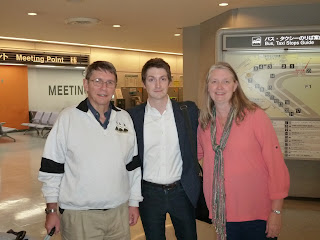 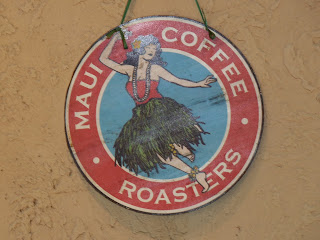 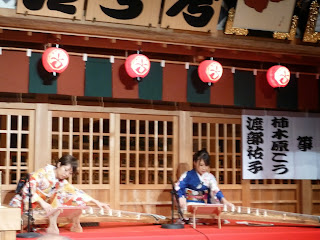 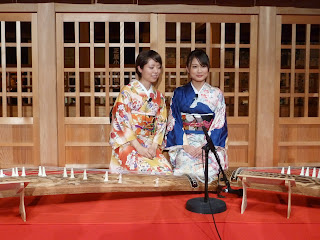 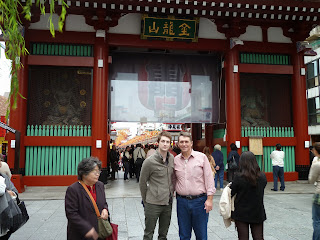 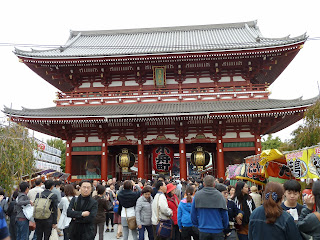 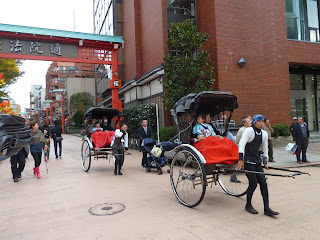 We spent a few days in Kyoto too and Alex made reservations for us to visit the Imperial Palace there. These reservations aren't easy to get and we felt very lucky to be able to actually see the inside of the palace. The gardens were amazing! Those are handpainted panels that are thousands of years old. It's amazing how they have stood the test of time with the heat and humidity in Kyoto in the summers. 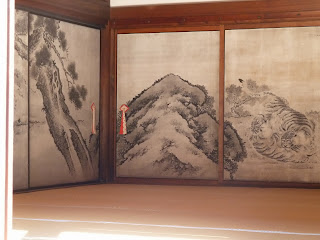 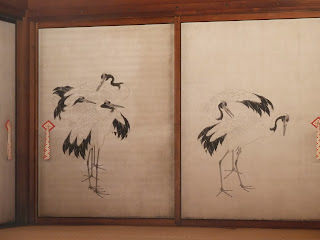 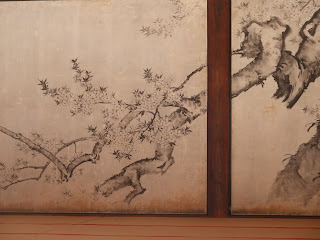 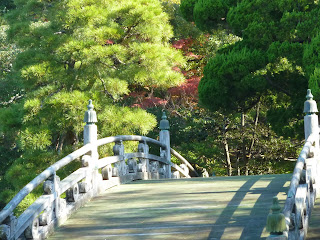 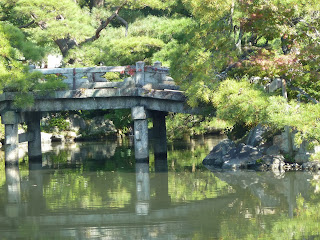 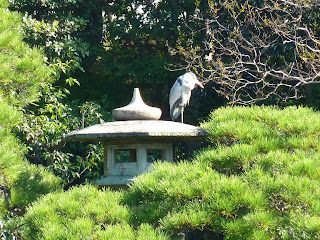 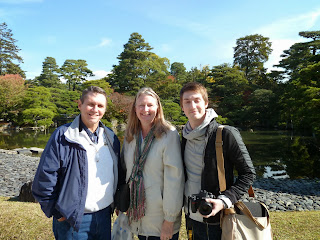 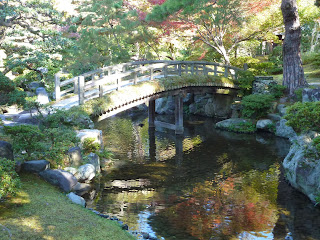 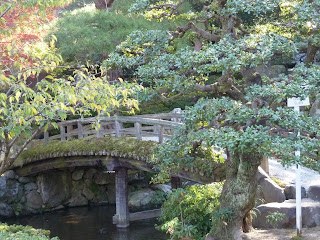 A look at our room in Kyoto. We stayed at a traditional Japanese ryoken across the street from the temple. You sleep in a room on futons. Teas is also served to you in this room. We were lucky enough to have a toilet and sink in our room but the shower is a communal shower and tub set-up. WAAAAAY out of my comfort zone. It has six showers and one big hot bath in the same room. I wanted to get pictures of the shower room for you but it was always occupied when I tried. The first two nights we were there I think I was the only female guest so I had the shower room and tub to myself. The last night was very busy so I skipped the shower/bath. There are exact steps you are to use when showering and bathing in these rooms and I'm always afraid I'll wash or not wash in the incorrect order. :-)Not to mention I'm not fond of being seeing in the "altogether" if you get my meaning by a bunch of tiny women!

Alex is wearing the traditional robe, that you wear to the shower/tub room. Each of us had one and if you visit my facebook page you'll see a great picture that Alex posted of the three of us wearing them. The last three pictures are bathroom pictures! Can you believe the door is only 14 inches wide? Not very big people in Japan!!! Of course the famous heated seats and fancy sprays, etc. and the last is the traditional Japanese toilet in the floor. On my last two trips to Japan I had no problem using these, but my leg muscles are getting old along with the rest of me! I stood in line waiting for the one "western" toilet in a lot of restrooms. :-) 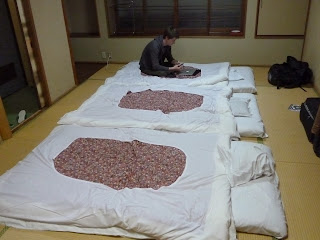 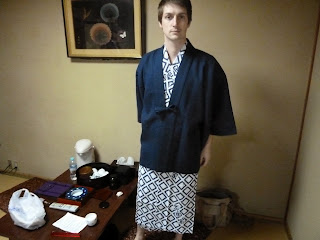 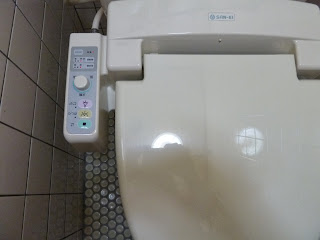 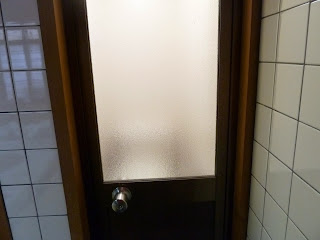 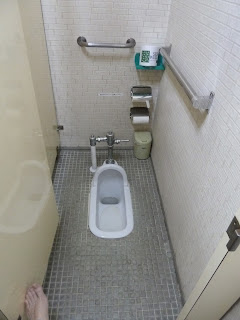 I don't want to leave you with bathroom humor so here's a beautiful photo of a garden that we visited. Do you want to see a few more photos next post or are you done with Japan pictures? I don't want to bore you. 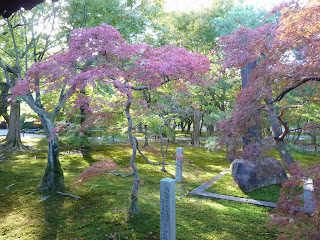