In one day this… 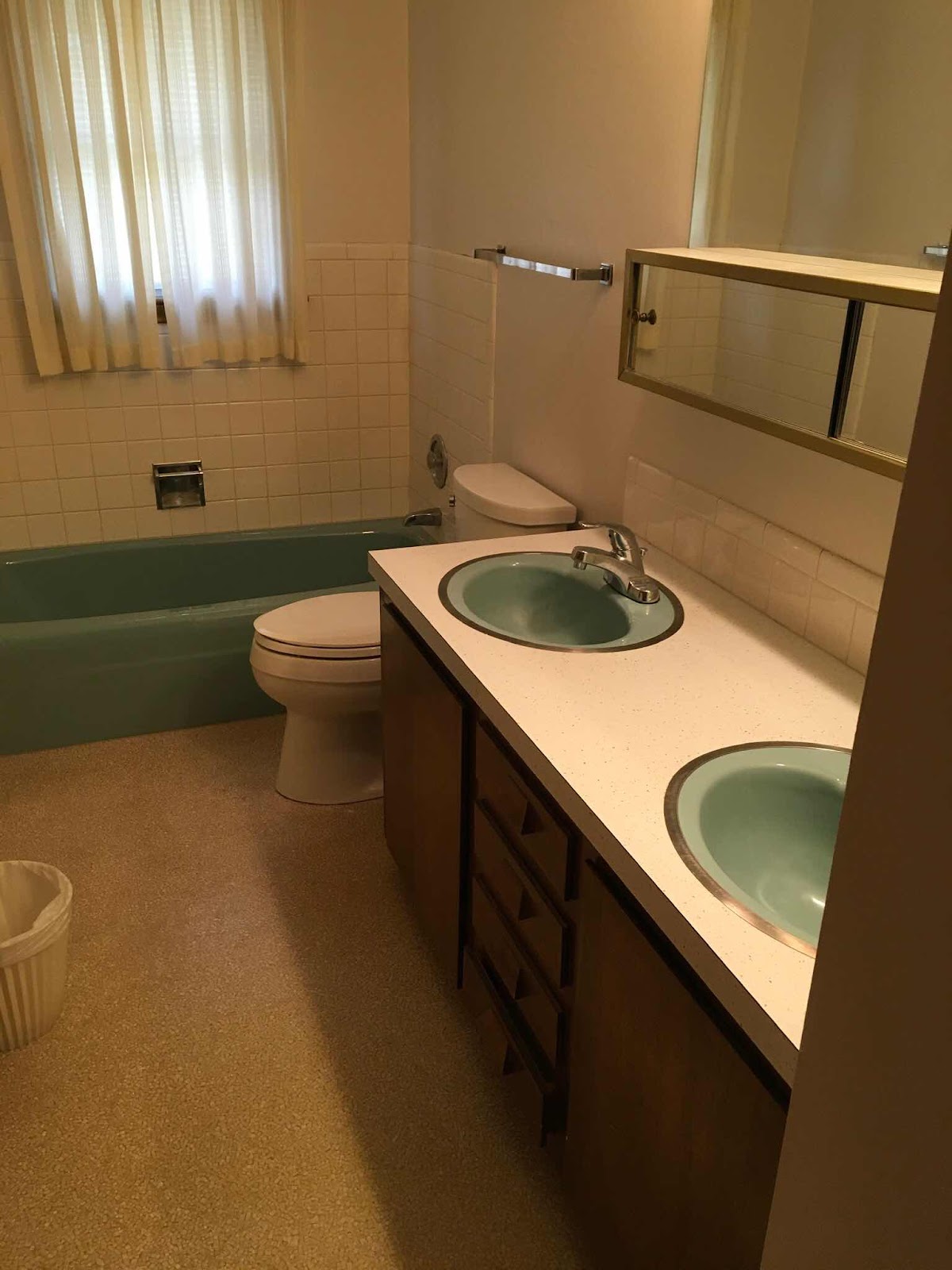 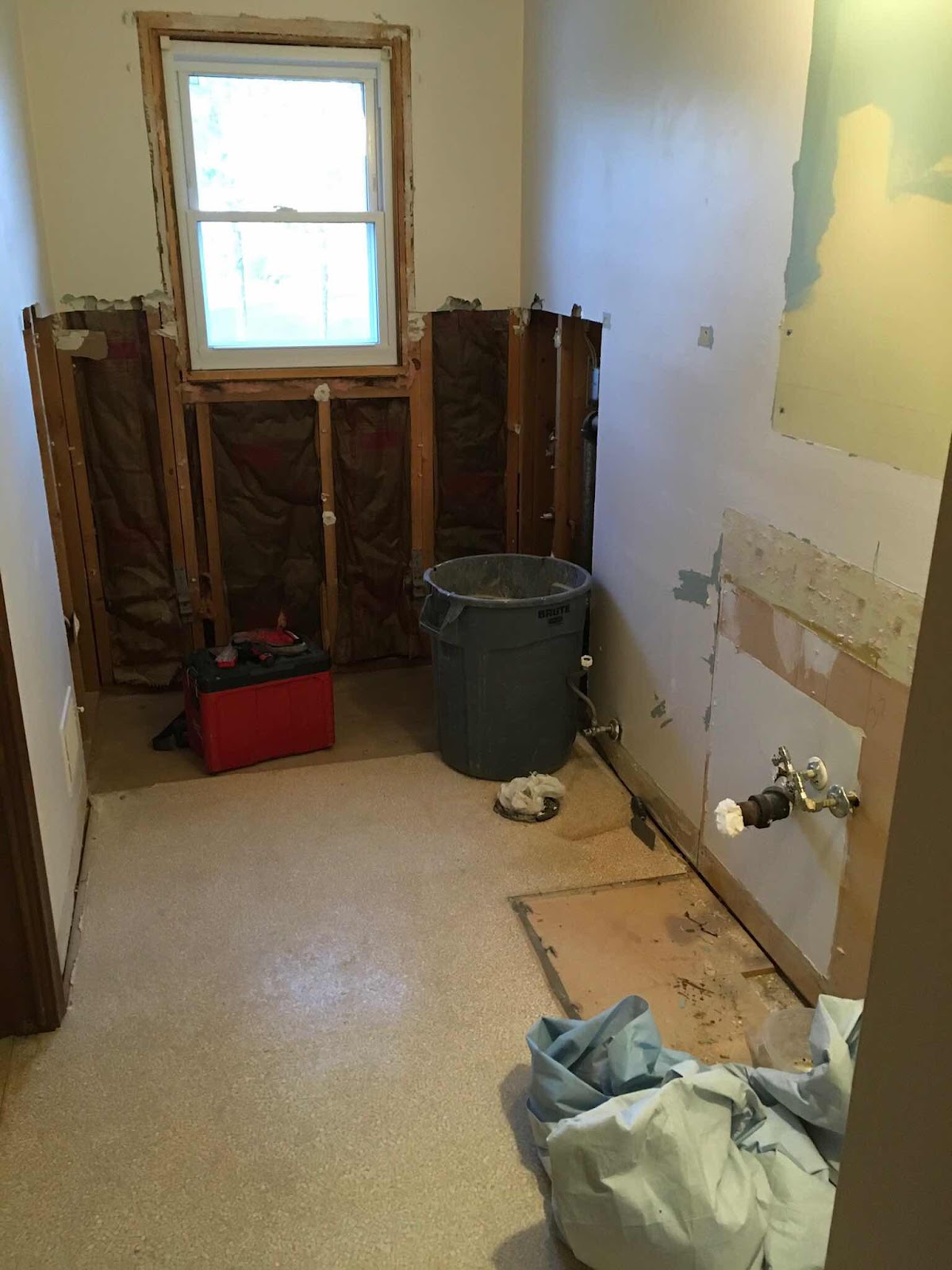 Progress is being made. I think. It does get worse before it gets better right?
The electrician was out yesterday to scope out the work and refresh his memory from the bid that he did in June. This morning another man was out to run exhaust fans to the outside from the bathrooms. Apparently our bathroom ventilation fan was just going into the attic, which is a big no-no for mold. I haven’t looked at what’s been done so far, but there’s been a lot of hammering and sawing going on! I’m staying downstairs. 😏  Our guestroom now has a toilet, washer and dryer sitting in it! It also has all of the towels and cleaning products, etc. from the bathroom. It’s amazing the difference in one day.
This morning I took Mom for her physical and they gave her the Covid booster while we were there. Then we went and had breakfast together before going to get haircuts. We had planned to go grocery shopping, but decided to stop by Mandy‘s house because it was time for her break and we were just a few blocks away. Poor Lizzie was devastated when we went to leave without her, so we decided just to bring her home for the afternoon to play with Zoey and we’ll  take her back tonight. We’ll do the grocery store run early tomorrow morning. I think Mom had had enough for one day anyway. She was pretty tired.
I finished the sock that I’m sending to Kathy B for her group that make socks for amputees. This was some leftover sock yarn. I remember that it’s from Knit Picks, but I don’t remember the name of the yarn. I also made up the cuff pattern and the foot is just a simple vanilla sock with a kitchener toe. Kathy, I will try to get it into the mail soon.
I began Mandy‘s Christmas socks and I’m about halfway down the calf right now. I won’t be posting a picture of them until after Christmas because I know she reads my blog. 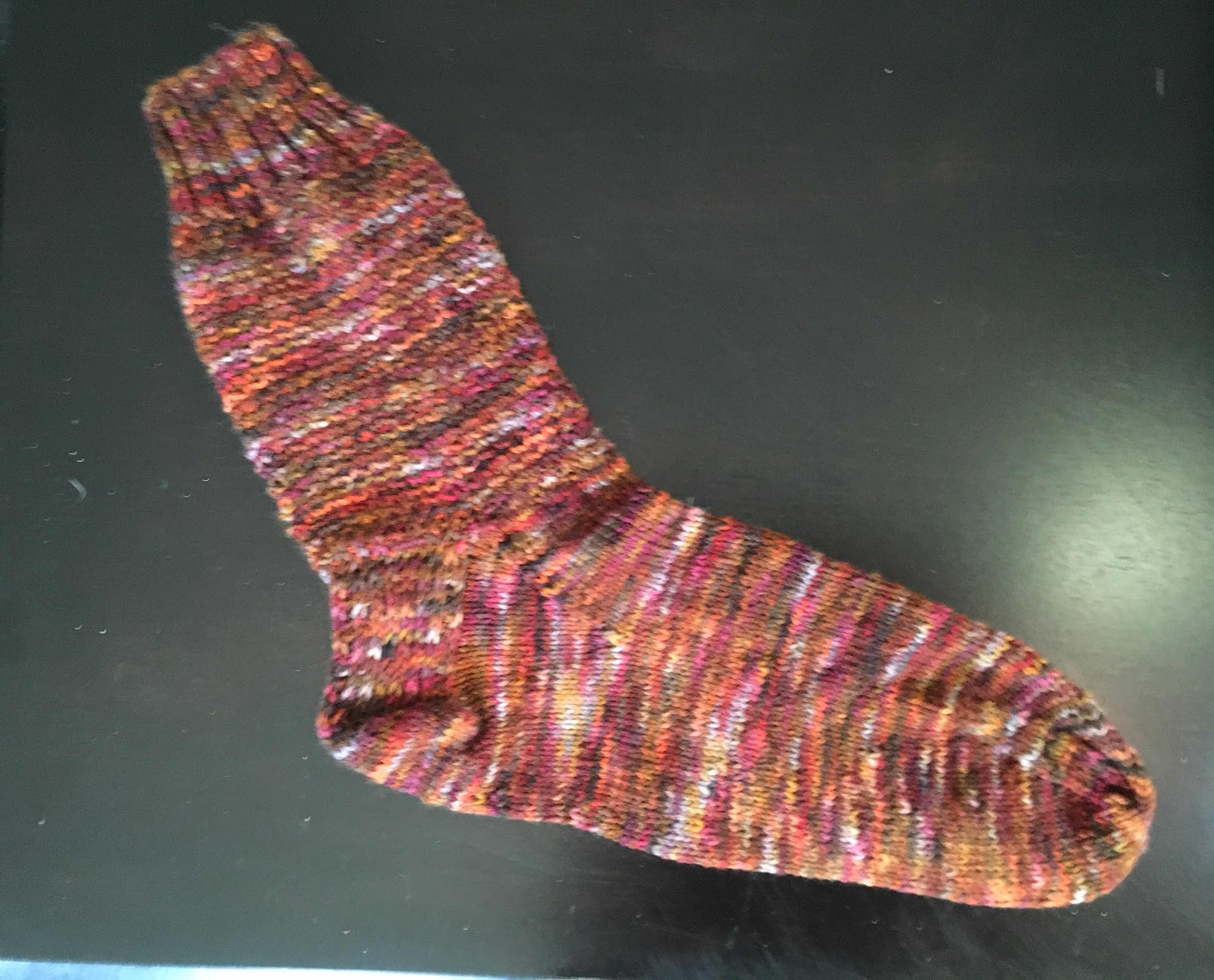 I also got the Christmas tree out of the box and set it up. Since we had given away our tree when we moved out of the house thinking we wouldn’t have a house for several years, we had to get a new one. This one came from Lowe’s and I must say it’s the easiest tree I have ever set up and it actually looks pretty nice. I did “fluff” the branches more after I took this picture, so those gaps aren’t so noticeable. Obviously I haven’t decorated it yet. Just moving the furniture and putting the tree up took everything I had, with both of the puppies helping and all of the banging and sawing going on upstairs. Decorations will happen tonight or tomorrow. Maybe. I’m learning in my old age that not everything has to be done at one time.😍 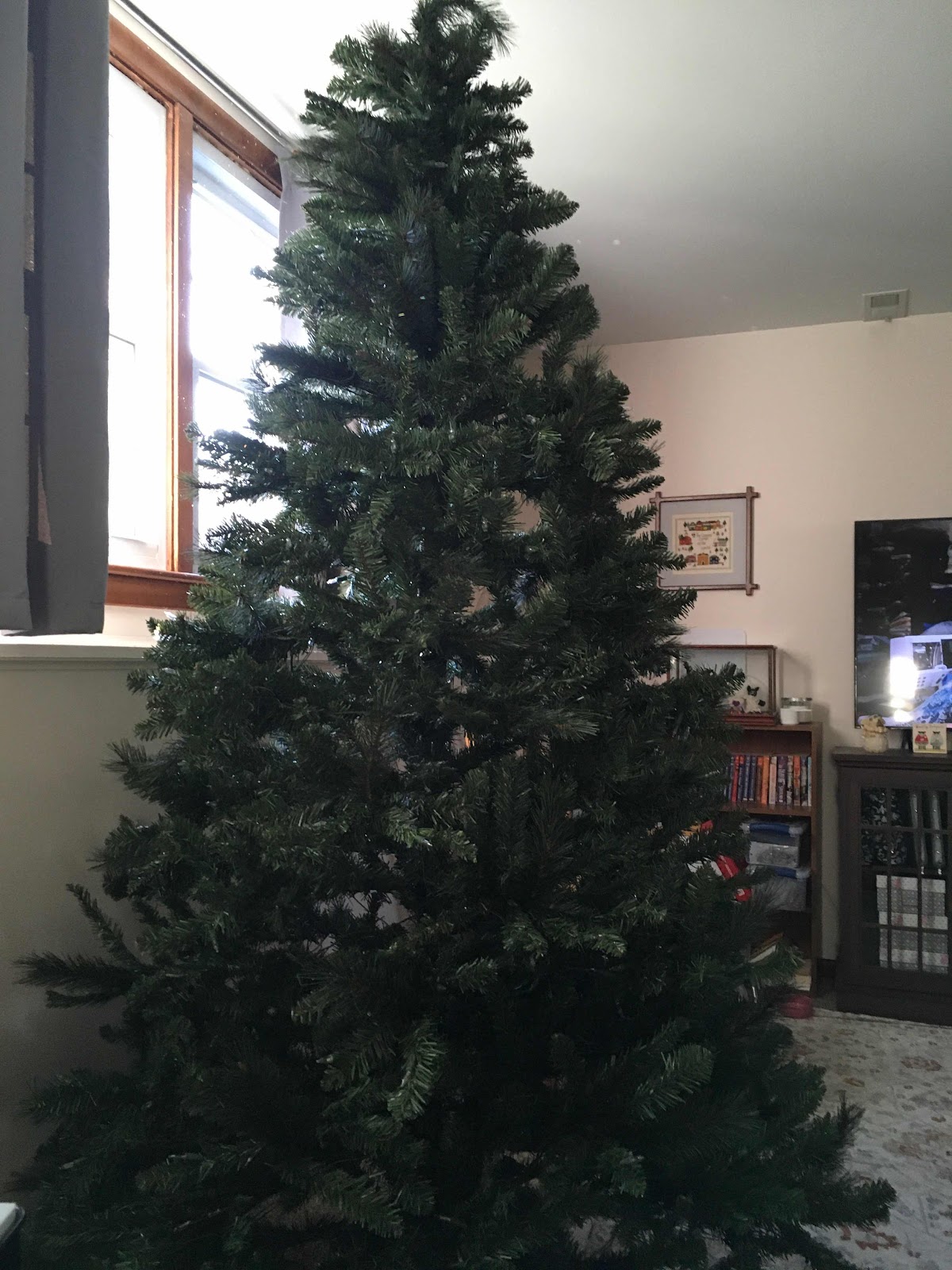 Tomorrow is December 1! That is just crazy. This year has flown by even faster than usual. I hope all is well with you my friends and please get your booster if you haven’t so far. The omicron variant sounds like. It might be pretty nasty. 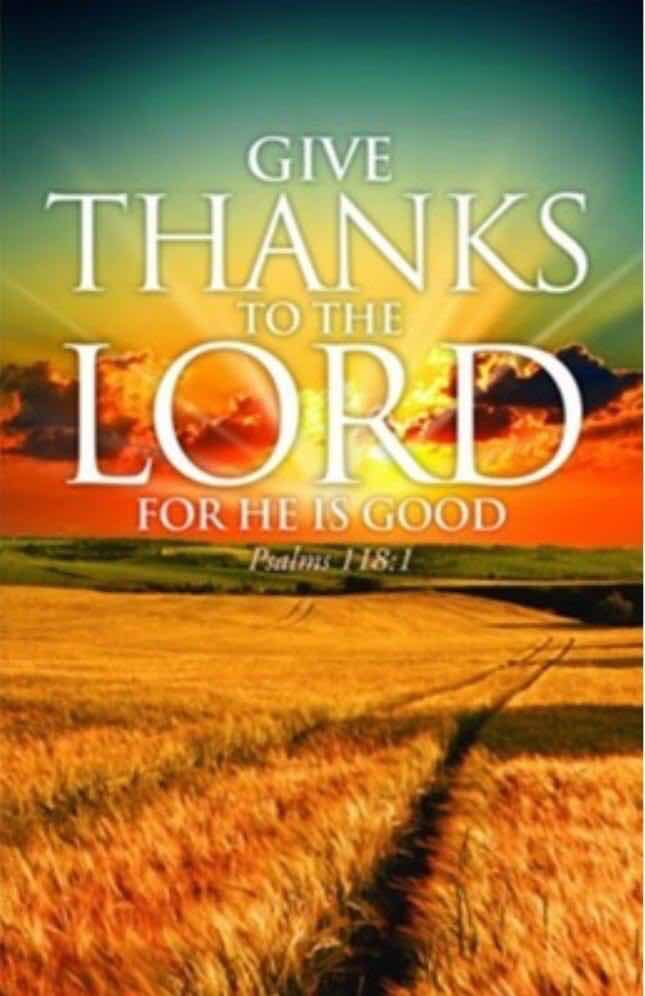