My English Roses are finally blooming.  It's always around the 4th of July each year when I get the first bloom and then they bloom until the first frost.  This bloom opened on Saturday, right on schedule!   I think they are gorgeous. 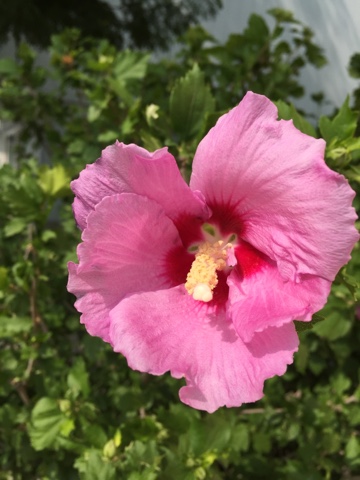 I finished another baby sweater, hat and sock set.  There was enough yarn left for another hat and... 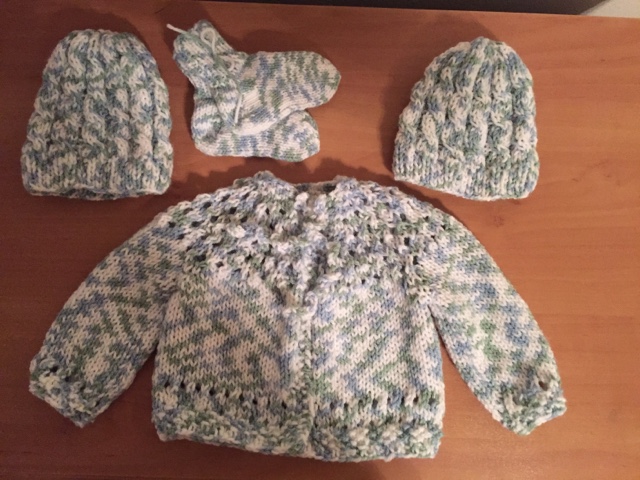 hopefully another pair of socks.  I made this start in church yesterday.  It's my take along in my purse project right now since it's small.  I can usually make a sock in about an hour or so.  I'll take this to the hospital with me to work on since I have to stay overnight.  These are all headed off to a hospital on Pine Ridge Reservation in South Dakota when I get a few more things made. 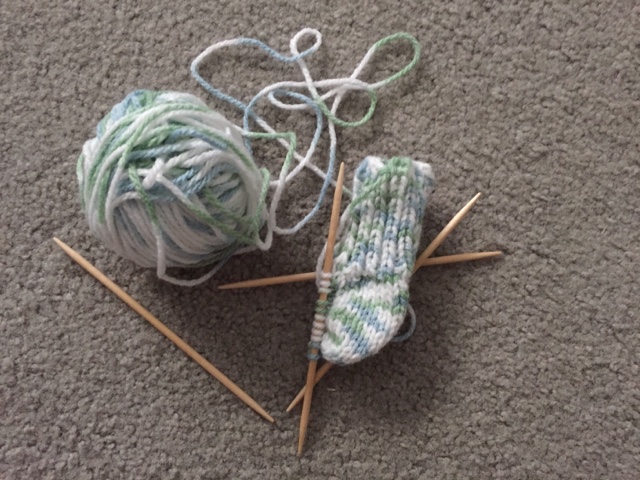 I started a baby blanket on Saturday from a new pattern I saw on facebook.  I only got this far though,  because at church yesterday I saw the announcement of a baby shower later this month.  Since I have already made this particular Mom and her two previous little boys the rainbow blankets and sweater sets I asked if she had seen a pattern she would rather have. 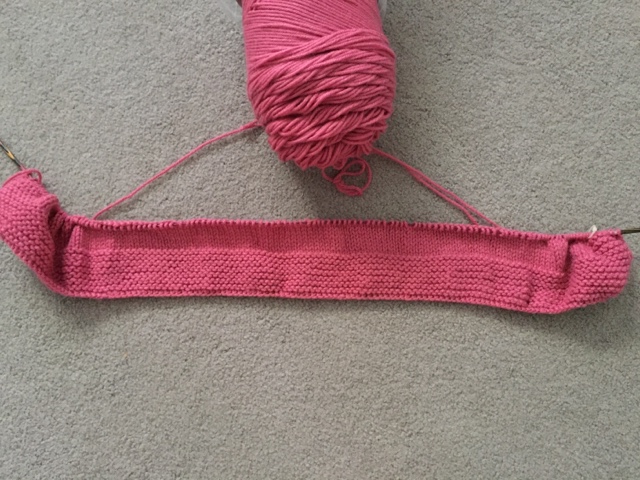 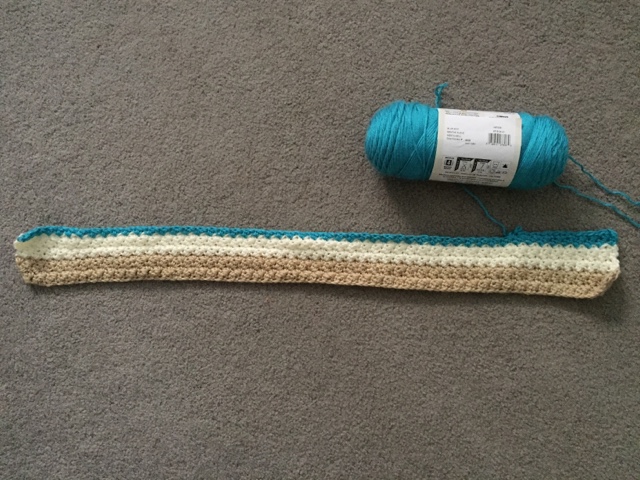 I wasn't sure of the colors, but as I work on it I'm actually liking it more.  It's an easy, peasy pattern that shouldn't take much concentration which I need over the next few days. 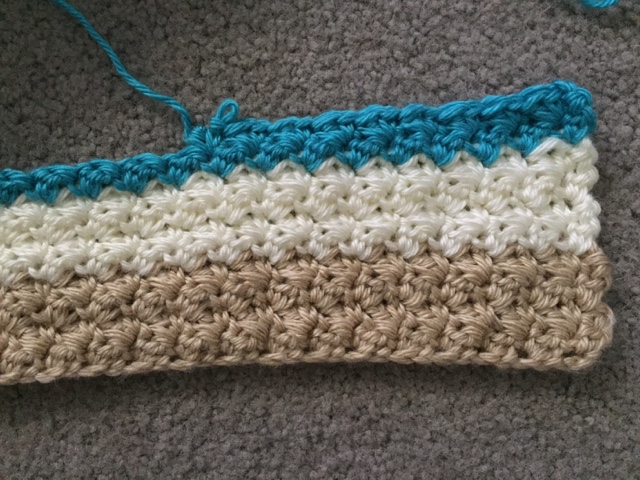 I am admittedly beginning to get a bit nervous about getting my pacemaker on Wednesday.  I do wish they had just done it last week when my heart stopped so I wouldn't have had a chance to think about it.  I got some news today that hasn't helped at all.  As I mentioned before, my oldest brother got a pacemaker almost 2 months ago.  He's back in the hospital right now and apparently the pacemaker isn't working at all and he has congestive heart failure.  Now I know he is 15 years older than me and he has lived a life 180 degrees different than mine.  He smoked non-stop until last year-I've never had a cigarette.  He still drinks...a lot.  I don't drink at all.  He has abused his body much more than I have, but still, we share genetics and there are many, many heart issues in our family.
So, with all of that I am getting stressed about the entire process.  Added to that, I don't know anything about what is exactly wrong with me.  Dennis wants me to call the cardiologist's office tomorrow and see if anyone can answer my questions before the surgery on Wednesday.
I'm sure you didn't want to read all of that.  I've been alone all day, Dennis was at work and had an evening meeting too and I've been sitting here with my brain going round and round.  :-)
I know that everything is in God's hands.  I am His child and whatever He chooses to do with me is just fine and dandy.  I just don't want to think about it!  Ha!
I'll check back in as soon as I can.  Meanwhile, if you would care to send up a prayer for me, I would love it and be very appreciative.
"But the eyes of the LORD are on those who fear him, on those whose hope is in His unfailing love."  Psalm 22:18
and my very favorite verse,
"Those who hope in the LORD will renew their strength.  They will soar on wings like eagles; they will run and not grow weary, they will walk and not be faint."  Isaiah 40:31
Blessings,
Betsy
Posted by Betsy at 7:09:00 PM